Sandra Iheuwa, the lady who claims she is expecting music executive, Ubi Franklin’s 4th child, has taken to Instagram to call him out.

In a post she shared on her page, Sandra said that she met Ubi in May 2017 in London during her vacation and that they became very close to the extent that Ubi allegedly asked for a Loan of N8 million which she gave to him. He however failed to pay back the money in full. Sandra claims that an agreement was drawn by her lawyer and Ubi has paid N4 million, but is still owing her the balance of N4 million. Sandra says she wants her money back and will be filing a suit against him on Monday May 27th.

She accused Ubi of paying for publications to be put out to tarnish her image. She says she is fighting him publicly to save his next victim.

Read what she wrote as well as the screengrabs of the court paper below.

As you all know there has been rumors about me and I would like to clear the air on these issues once. .
.
I work hard for my money and I have been through a lot to get to where I am now. To be a woman financially independent without any man’s help. I did all this without the help of any sugar daddy runs or selling my body. I am an adult and who I chose to be with is my decision.
.
.
I met Ubi Franklin in May 2017 at a concert while on vacation in London I had no idea he was a celebrity or public figure a friend of mine told me who he was. We exchanged contacts and started talking. I returned to America where we later met up during one of his visits.
.
.
As a business woman I could easily relate with him and found him interesting which he said the same about me. Down the line he came to me seeking funds to help push his business and I totally understood how it felt when money could stop you from achieving your business dreams. During this time we became very close.
.
.
I offered to loan him the sum of Eight million naira not including the ones I gave him in dollars to help with child support and other issues he had. So I got my lawyer draw up a final settlement agreement letter which he agreed to sign as well as his lawyer and agreed to pay on March 8th 2019. .
.
Ubi Franklin has been going around tarnishing my image since December 2018 paying bloggers to write fake stories about me to save his image and y’all know I havent said a word and kept quiet but enough is enough as there’s so much one can take, he can do it with other people but not me because this woman has had enough. .
.
There are rumors flying around saying that I was engaged please if you bought a ring and engaged me or paid my brides price from May 2017 till date please speak up biko so I will know I have a husband to be that I am not aware of. .
.
I challenge you Ubi Franklin to dispute my claims because I’m ready to fight you fire for fire with concrete and hard proof. I want my money remaining 4 million as proceeding will be filed in court on Monday morning. The same way you have an image to save it’s the same way I will save and protect mine. Fuck you @ubifranklintriplemg 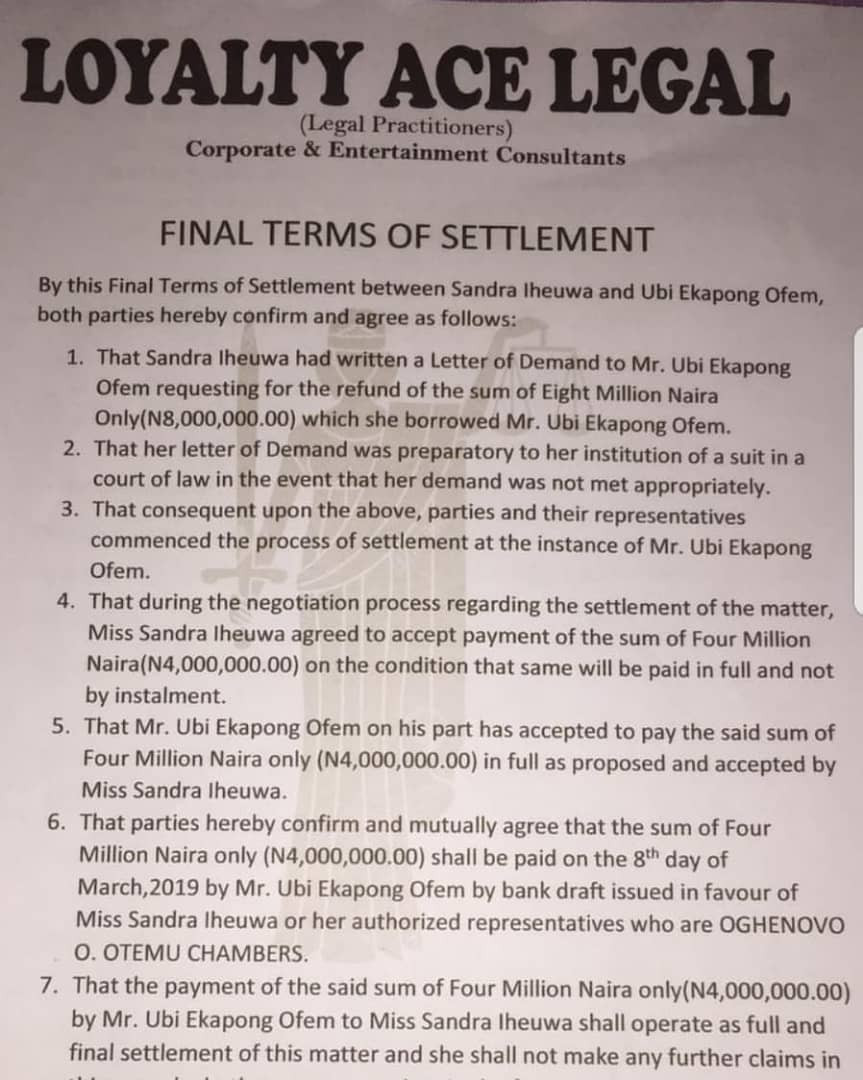 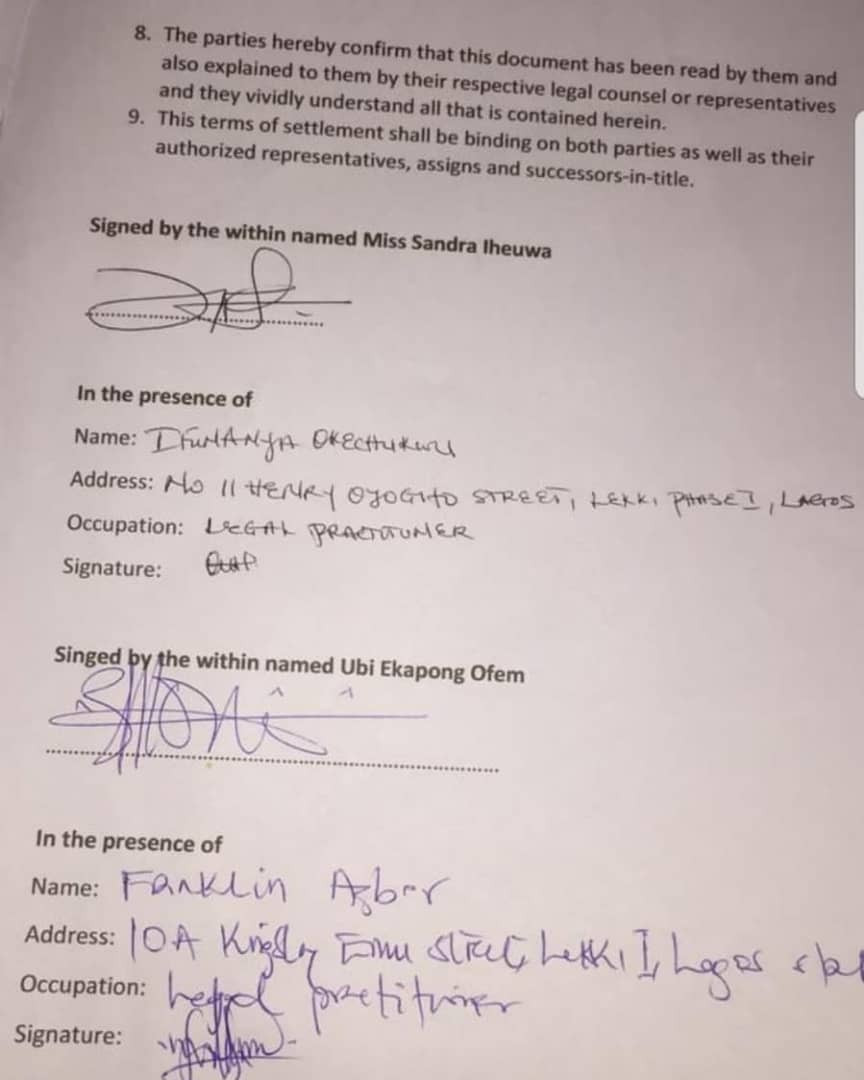 One thought on “Sandra Iheuwa calls out Ubi Franklin on IG, demands the N4m he owes her”

President Buhari hosted the business community and APC NWC to break of Ramadan fast at the state house.