A woman has been accused of burning her stepson’s face with an electric iron and the boy’s father is accused of doing nothing about it.

According to Twitter user Opomulero Eleniyan, the boy, Ezekiel Kuti, 10, is the son of a military officer. The officer’s wife allegedly used a hot iron to brand the officer’s son’s face at their home in Owode Onirin, opposite Old Barack in Lagos. 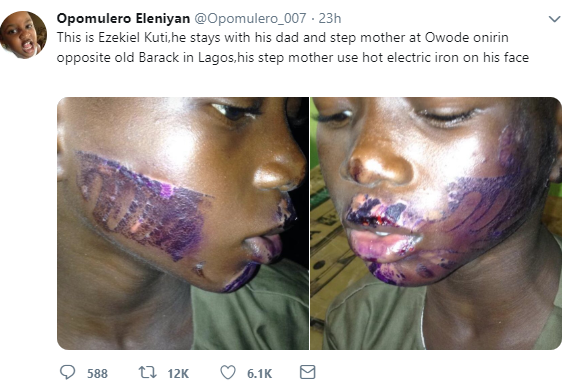 Photos of the boy’s face shows he was burnt on both cheeks, mouth, and jaw. He also had scars on his back and other parts of his body. 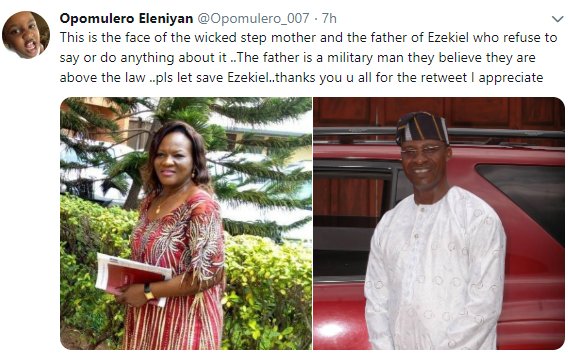 Below are more photos and videos. 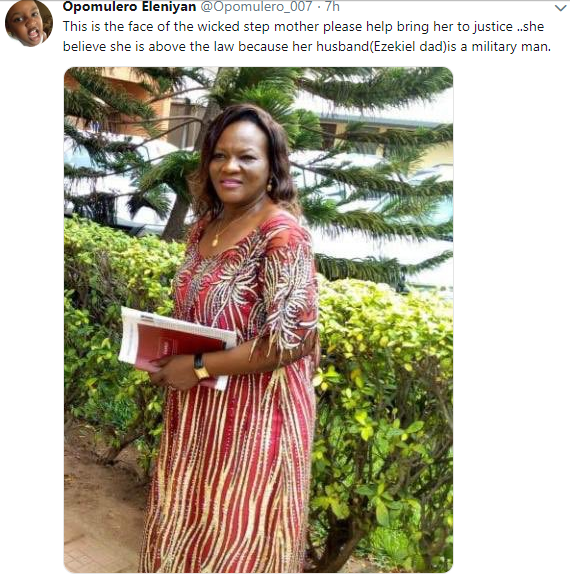 Pamilerin says Peruzzi slapped and assaulted him in Bayelsa State

Mon Jun 10 , 2019
Popular social media influencer, Pamilerin Adegoke has called out DMW act, Peruzzi, claiming the singer slapped and assaulted him for over 20 minutes in Bayelsa State. Narrating his ordeal, Pamilerin said Peruzzi reacted to some tweets he made in January where he compared him to Teni. In the series of […]