A Pilot has been confirmed dead after a helicopter crash landed into a building in Midtown Manhattan.

Emergency crews responded to the incident at 787 Seventh Ave just before 1pm on Monday as smoke was seen from the top of the 54-story building forcing police to order the evacuation of several structures in the area as a precaution.

New York Governor Andrew Cuomo has said there is no indication that the crash was intentional.

‘If you are a New Yorker you have a level of PTSD from 9/11. As soon as you hear an aircraft hit a a building, my mind goes where the mind of every New Yorker goes‘ he said. 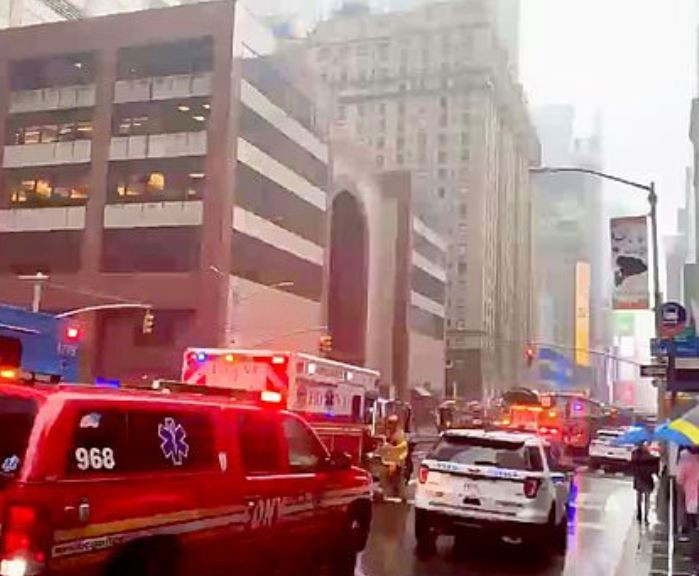 There does not appear to have been any significant damage to the building’s structure. The building houses the AXA Equitable Center. Other tenants include BNP Paribas, Stifel, New Mountain Capital, Sidley Austin LLP, Willkie Farr & Gallagher LLP, UBS, and Citigroup.

Tue Jun 11 , 2019
A Nigerian couple-to-be Bolingo Israel and Okpokpolom Jemima, who are members of the Deeper Life Church, had their wedding which was slated to hold on June 8, 2019, suspended by their pastor. Jeossyjs earlier reported that the wedding was allegedly suspended because the couple ate from the same plate a […]