Nollywood Actress, Uche Jombo took to Twitter to lament how much Nigerian senators make despite the high rate of poverty in the nation. But some Nigerians tried to slut-shamed her and she replied.

But some Twitter users didn’t appreciate her interference and they called her out for it.

“They spend a considerable fraction of that on your colleagues.” 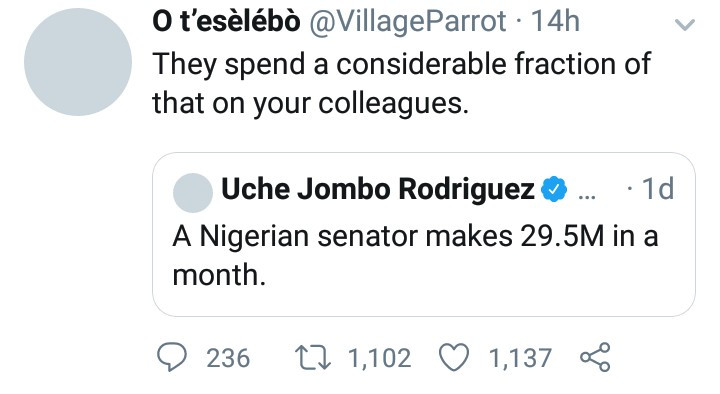 “Seems you slept with One and he told you about it,” another wrote. 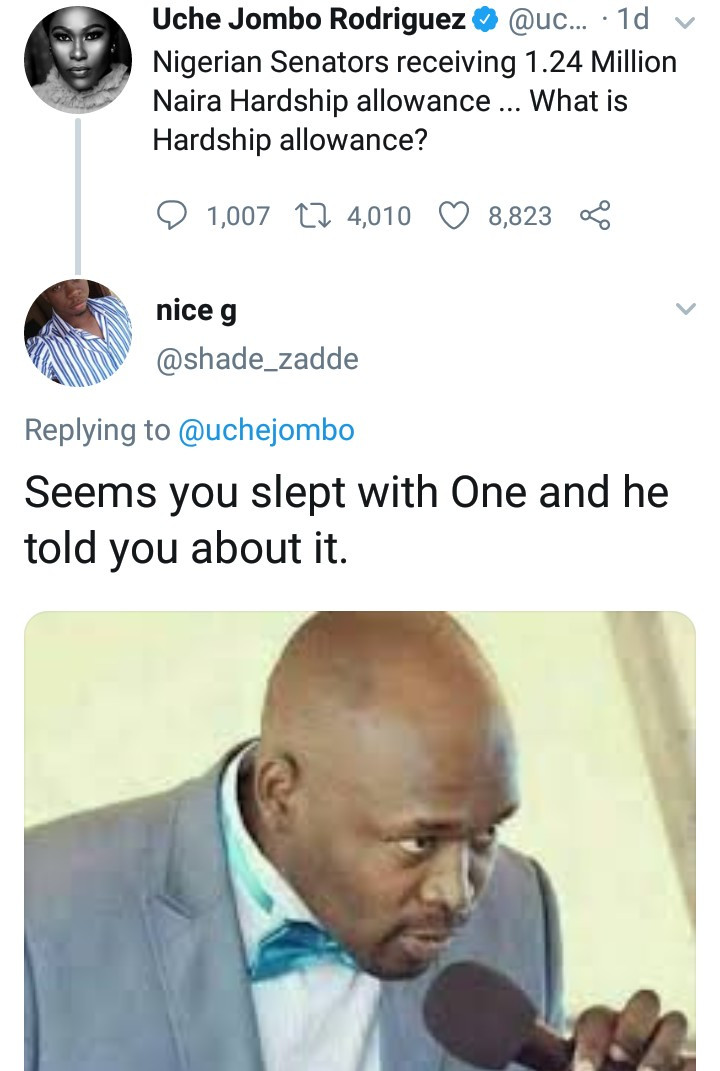 “This is how silly and clueless some young people are…. why won’t your representatives pull one over you hisssss??‍??” 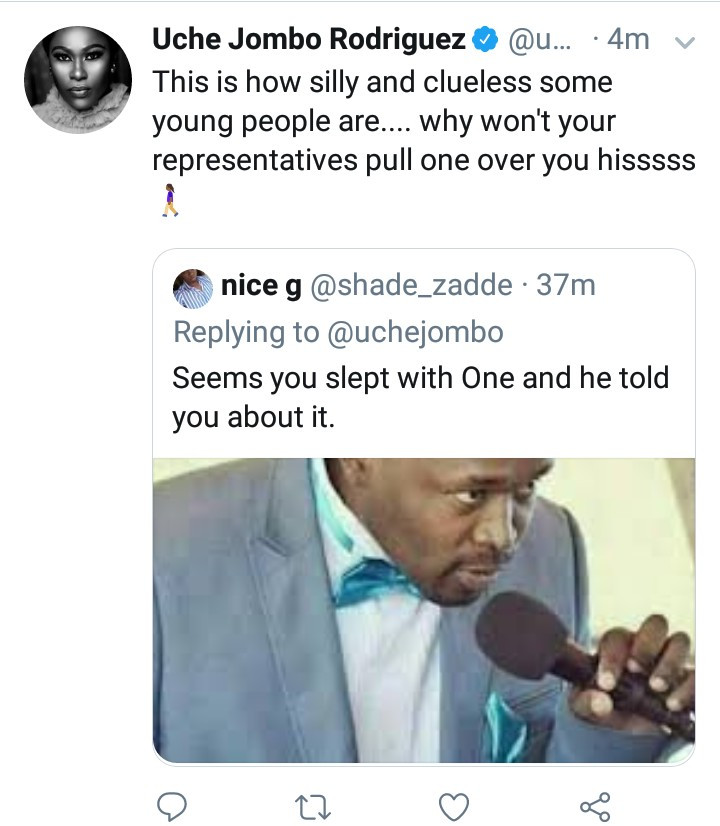 Fri Sep 6 , 2019
A 12-year-old schoolgirl who was raped by her teacher in Namtari, Yola South Local Government Area of Adamawa State, has been confirmed pregnant, Jeossyjs gathered. The Adamawa State Commandant of the Nigerian Security and Civil Defence Corps (NSCDC), Abdullahi Nuruddeen, said the teacher, Nathan Yusuf, has been arrested for raping […]

Wael Jerro, Lebanese who advertised Nigerian woman for sale has been arrested by the Lebanese government