A US government agency website has been hacked by a group claiming to be from Iran, days after General Qassem Soleimani was killed in an airstrike by a US airstrike ordered by President Donald Trump.

The group ‘Iran Cyber Security Group Hackers’ who vowed to revenge the death of General Soleimani, replaced the website of the Federal Depository Library Program with a page titled “Iranian Hackers!” on Saturday January 4.

A bloodied image of US president Donald Trump being punched in the face, along with a message written in both Farsi and English reading “martyrdom was [Soleimani’s]… reward for years of implacable efforts,” with another caption noting that “this is only small part of Iran’s cyber ability!” was displayed on the website. 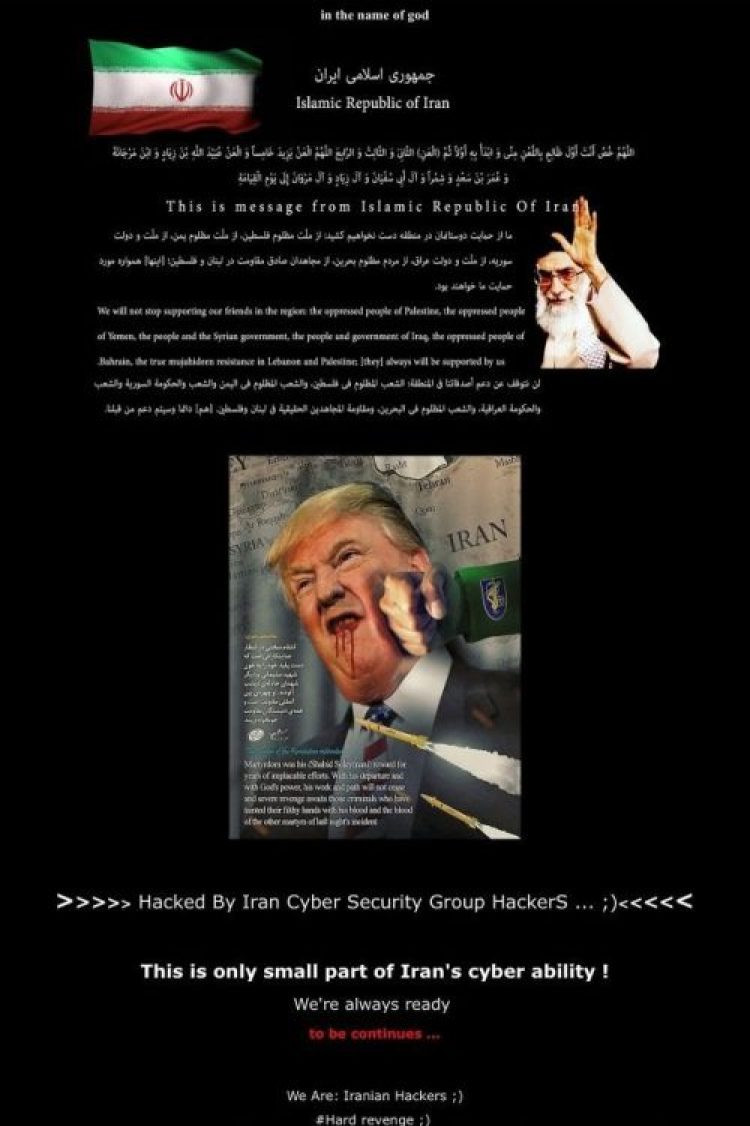 Commenting on the hack, a spokesperson from the Cybersecurity and Infrastructure Security Agency, a section of the US Department of Homeland Security said;

“We are aware the website of the Federal Depository Library Program [FDLP] was defaced with pro-Iranian, anti-US messaging.

“At this time, there is no confirmation that this was the action of Iranian state-sponsored actors. The website was taken offline and is no longer accessible. CISA [the Cybersecurity and Infrastructure Security Agency] is monitoring the situation with FDLP and our federal partners.”

A Senior US official who also spoke about the hack, said it was a small-time event that was likely carried out by Iranian sympathizers.

Sun Jan 5 , 2020
Iran has reportedly placed an $80million bounty on Donald Trump’s head in response to the president’s warning that if they try to attack an American Base or any American, the U.S. will hit them hard without hesitation.   It was made known during the funeral procession for General Qassem Soleimani in […]

FG Is Set To Evacuate Nigerians In Abroad