Brian Bagyenda, the son a retired military officer Colonel Frank Kaka Bagyenda has been sentenced to 32 years in jail for the murder of his girlfriend, Enid Twijukye after he saw text messages she exchanged with another man. 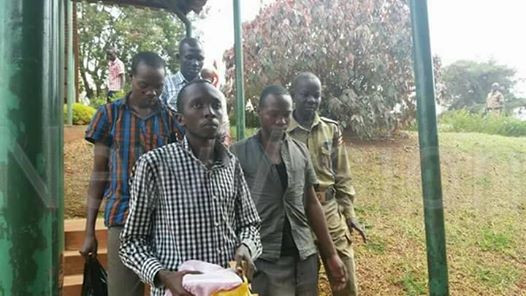 Bagyenda, a pharmacist was on Monday, February 17, 2020, convicted of murder by Justice Moses Kazibwe of the High Court in Kampala alongside his accomplices Innocent Bainomugisha, a-24-year-old cleaner and Vincent Rwahwire, a 28-year-old casual worker.

Enid Twijukye, a 22-year-old former student of Makerere University Business School (MUBs) was killed in January 2016 and body dumped in a swamp.

Enid had disappeared after having lunch with her family that day in Bweyogerere and was never seen home again. The following day her phones went off, prompting her mother, Esther Mirembe Nkoko to contact her other daughters about her whereabouts. 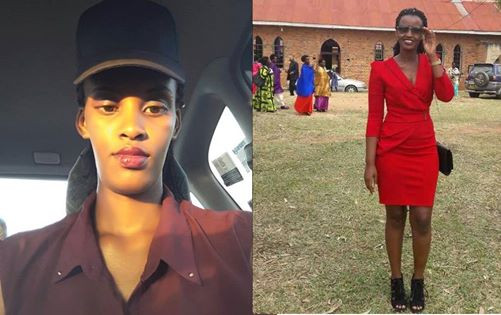 Police later recovered Twijukye’s decomposing body in Namanve forest, 11km away from the murder scene after the family had reported her missing. Bagyenda reportedly told the investigating officers at Jinja Road Police Station that his first statement about how his lover had robbed him of Shs4 million was not true.

“I killed her because I loved her so much that I could not allow her to get married to a Rastafarian. I learnt of her other man from the messages they were exchanging and what pissed me off mostly was Enid fixing a day to take the Rastafarian to meet her parents in Kiruhura instead of me,” he reportedly told cops,

Justice Kazibwe, among other things, said that Bagyenda was of sound mind when he killed his girlfriend.

According to him, this was evidenced when Bagyenda sent his maid to Kalerwe market, which is more distant from his home instead of Luzira, to buy him a bottle of soda before he increased the volume of the music system and drew down curtains to prevent anyone from seeing what was happening in the house.

Justice Kazibwe further noted that the evidence given by prosecution witnesses was enough to pin the other accomplices, Bainomugisha and Rwahwire for murder. 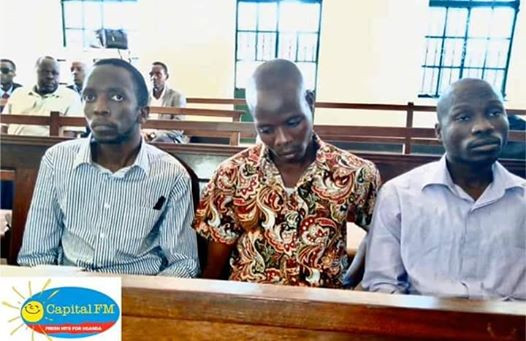 He said that it was clear the two participated in the gruesome murder since they did not report the crime to police after they were paid by Bagyenda. He convicted them before adjourning court proceedings for about an hour.

When court resumed, the prosecution side led by Ms Joan Keko and Mr Joseph Kyomuhendo, in their mitigating factors, asked court for a death penalty given the nature of the crime.

Prosecution noted that Twijukye, a university student at the time, had a bright future ahead of her. They further argued that police records indicated that there were thousands of homicide cases and therefore, the convicts deserved no mercy from court to send a signal to other would be offenders.

However, Bagyenda’s lawyer, Mr Allan Sserulika contended that the murder cases referred to by prosecution had not been committed by his client and therefore, he deserved a lenient sentence since he was a first-time offender and had a mental illness at the time of the offence.

After weighing evidence from both sides and listening to the mitigating factors, the judge reasoned that prosecution had given enough evidence to show that Bagyenda had premeditated to kill his girlfriend from Januray 3, 2016.

According to the judge, disagreements in love relationships are a common occurrence and should not be reason for ending one’s life.

“Life is sacred to be taken in non-legal circumstances. The deceased was a young person responsible for assisting her family and had a future ahead but all these were cut short by the inconsiderate and criminal behaviors of the convicts,” he said before adding that Bainomugisha and Rwahwire could have avoided participation in committing murder.

“They are not are not robots to be ordered contrary to the submission of their lawyer who insisted that they acted under the command of A1 (Bagyenda). But I do not find this to be rare of the rarest cases meriting the death sentence. A custodial sentence is fitting in the circumstances considering all the mitigating factors,” Justice Kazibwe said before sentencing them to 32 years each. 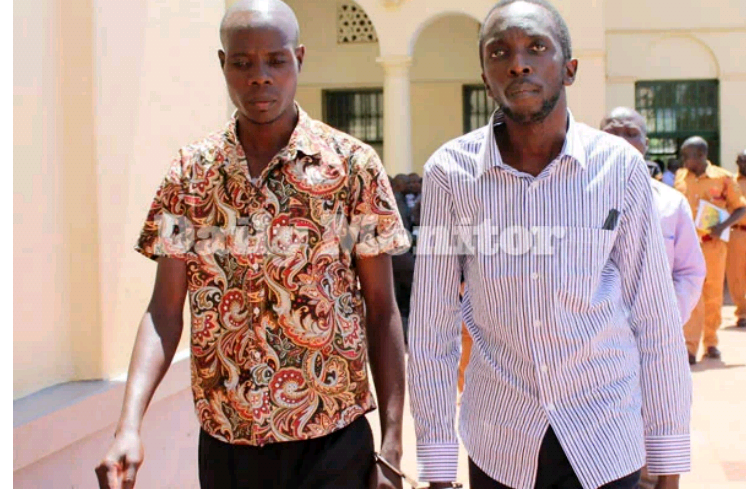 Since they had been on remand for three years, the judge said their remand period would be reduced from their sentence of 32 years.

“However, all three can appeal within 14 days from the date of judgment,” Justice Kazibwe said.

If It’s Not About Sex Live With Your Sibling , Sexual Attraction Is The Point Of Romantic Relationships - Brymo

Tue Feb 18 , 2020
Nigerian singer, Brymo has shared his thoughts on what brings people together in a romantic relationship.   The singer stated that sexual attraction is the point of romantic relationships even though a greater connection will emerge when physical contact reduces.   Brymo also added that those who have contrary opinions should live with their […]