Democratic presidential candidates on Tuesday night got into a series of angry and personal attacks on each other during the presidential debates in Charleston, with leading candidate Bernie Sanders attacking Mike Bloomberg for being a billionaire, Elibaeth Warren accusing Bloomberg of telling an employee who got pregnant to ‘kill it’ while Bloomberg labeled Sanders as Vladimir Putin’s favorite and an un-electable candidate. 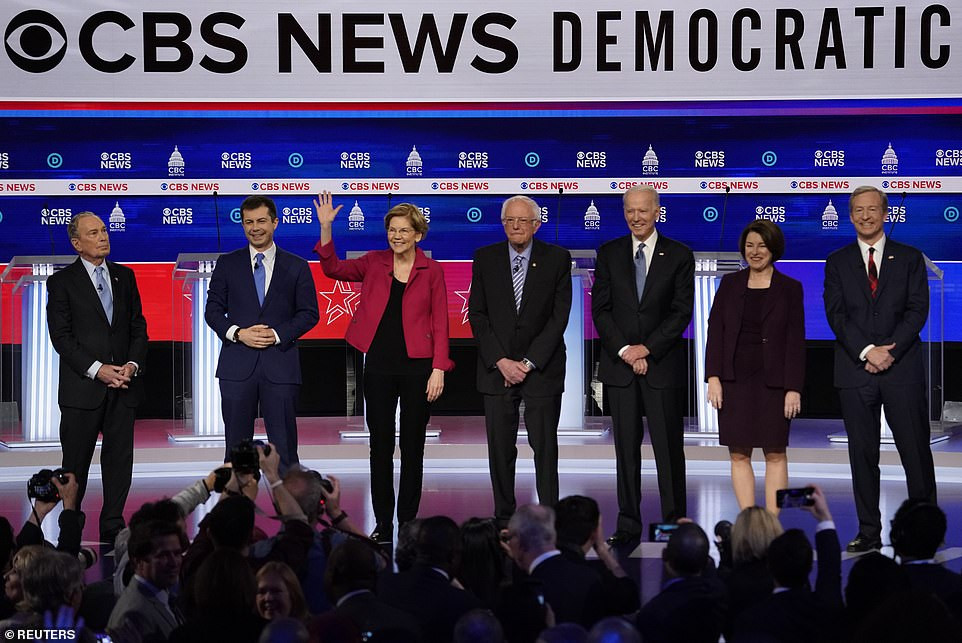 This debate, which Donald Trump would have looked at with his team and nodded happily, was so messy that CBS moderators Gayle King and Norah O’Donnell quickly lost control- seeing how the candidates were shouting at each other- and even started arguing with each other. 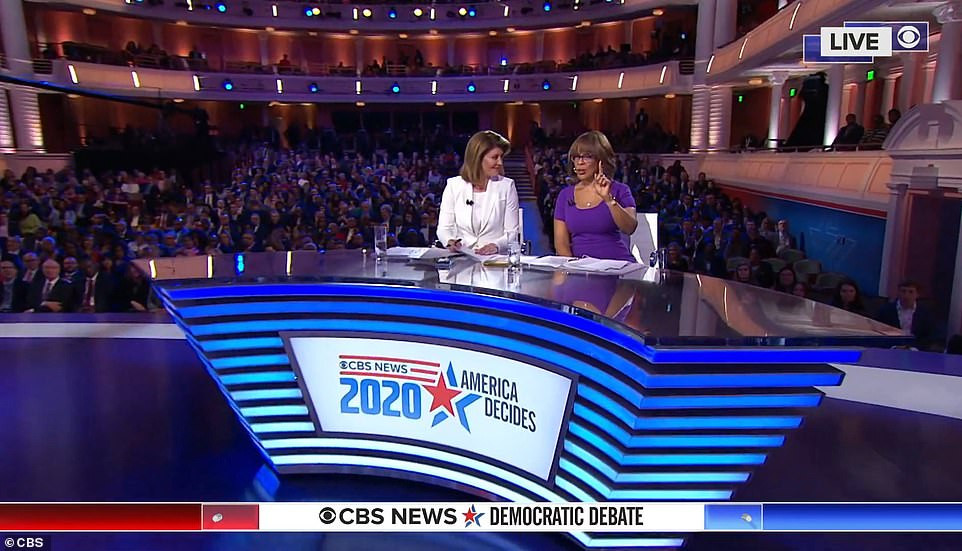 It was the kind of full-on circular firing squad that commentators had warned might be coming, where Sanders’ rise is being put to the test in a diverse state.

Warren started the debate with attacks on Sanders saying his health care plan doesn’t show ‘how to get’ to universal health care ;

‘I dug in. I did the work. And then Bernie’s team trashed me for it,’ she vented. 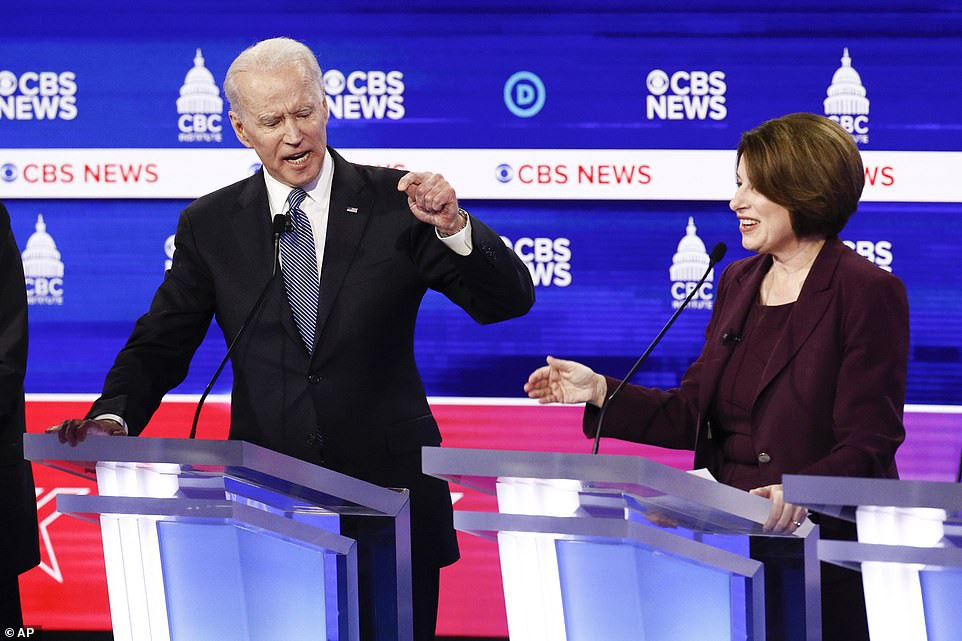 Sanders  was put on the defensive several times for his socialist background, and his statements about left-wing leaders. Sanders explained the misconception about him ‘is that the ideas I’m talking about are radical.’

Former Vice President Biden, who is no longer the front runner in the race, delivered forceful defenses of his record and won laughs from the crowd when he was one of the few to honor a time limit. ‘Why am I stopping? No one else stops. It’s my Catholic school training,’ he said.

Billionaire Bloomberg who was a massive fail during the last debate,  performed better than he did in Las Vegas. 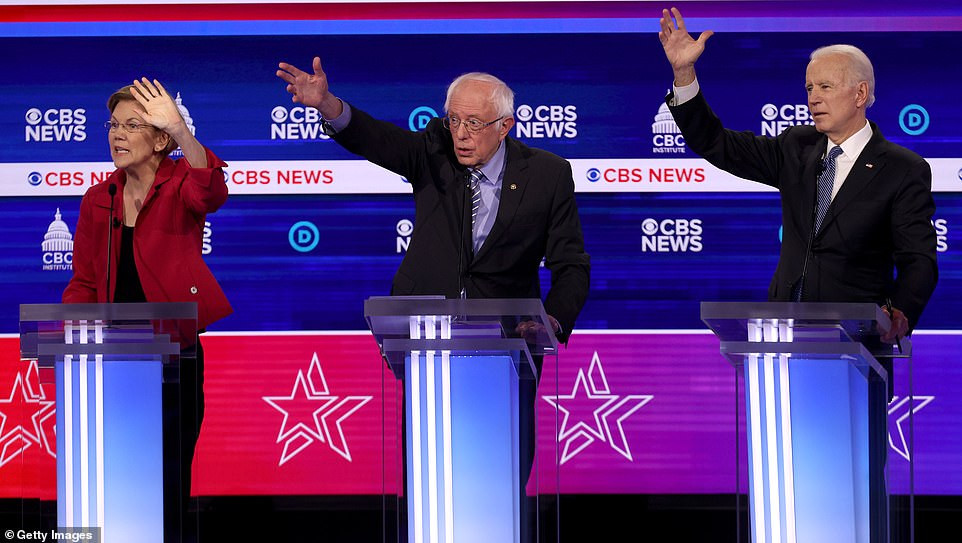 ‘I really am surprised that all of these, my fellow contestants up here I guess would be the right word for it… I’m surprised they show up because I would’ve thought after I did such a good job in beating him last week that they’d be a little afraid to do that,’ Bloomberg said.

Klobuchar  kept up her argument that she is ‘Donald Trump’s worst nightmare’ and that the Democrat party doesn’t want Sanders who proposes $60 trillion in new spending while gay presidentail candidate Buttigieg said he would raise taxes on billionaires, and called Sanders’ unelectable.

Sanders attacked Bloomberg, saying that the economy was only doing well for ‘billionaires,’ but Bloomberg attacked back saying; ‘I think that Donald Trump thinks it would be better if he’s president. I do not think so.

‘Vladimir Putin thinks that Donald Trump should be president of the United States. And that’s why Russia is helping you get elected, so you will lose to him.’