Sydney Talker has gone on Twitter to apologize after Twitter users called him out for wasting the NCDC’s time by raising false Coronavirus alarm.

The Instagram comedian had gone online to accuse the NCDC of neglect. He claimed he had shown symptoms and reached out to the Nigeria Centre for Disease Control but he wasn’t attended to. Nigerians joined him in calling the attention of the NCDC.

Later, the NCDC took to Twitter to reveal that they reached out to him and he said it was a “skit”  The Centre warned people to stop raising false Coronavirus alarm.

This prompted Twitter users to call out the comedian. But he refused to back down and he hit back at NCDC in a tweet.

Sydney claimed on March 27 that the NCDC was lying and didn’t reach out to him. He added that he is seriously sick and getting worse by the day 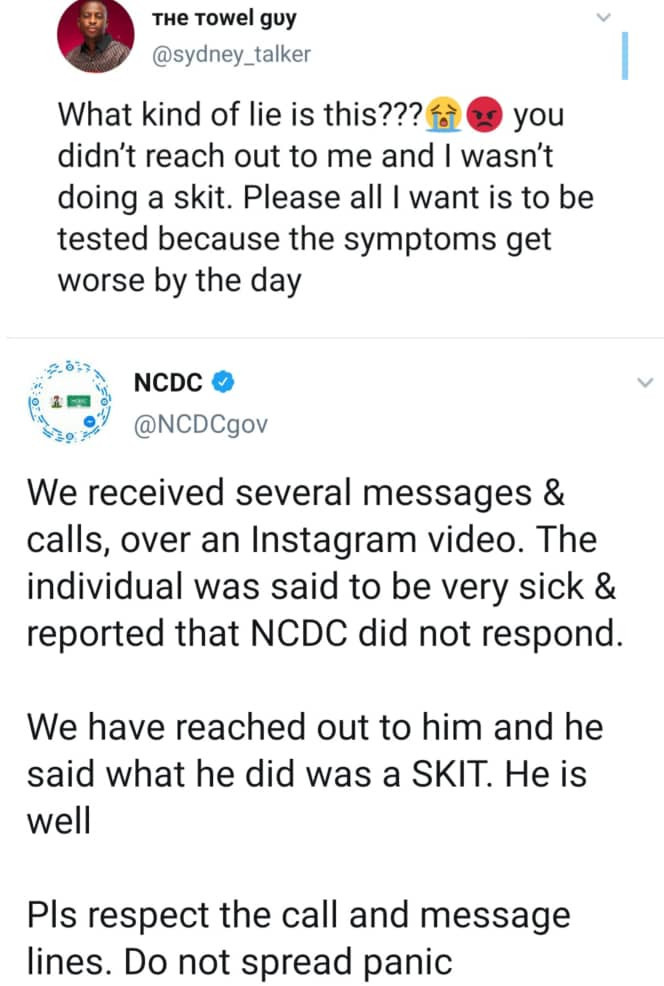 The comedian was eventually tested and he took to Twitter one day ago to reveal that he tested negative.

Nigerians reacted by calling him out. A doctor on Twitter shared a thread where he called out the comedian and called him a fraud. Soon #SydneyNaFraud was trending online. 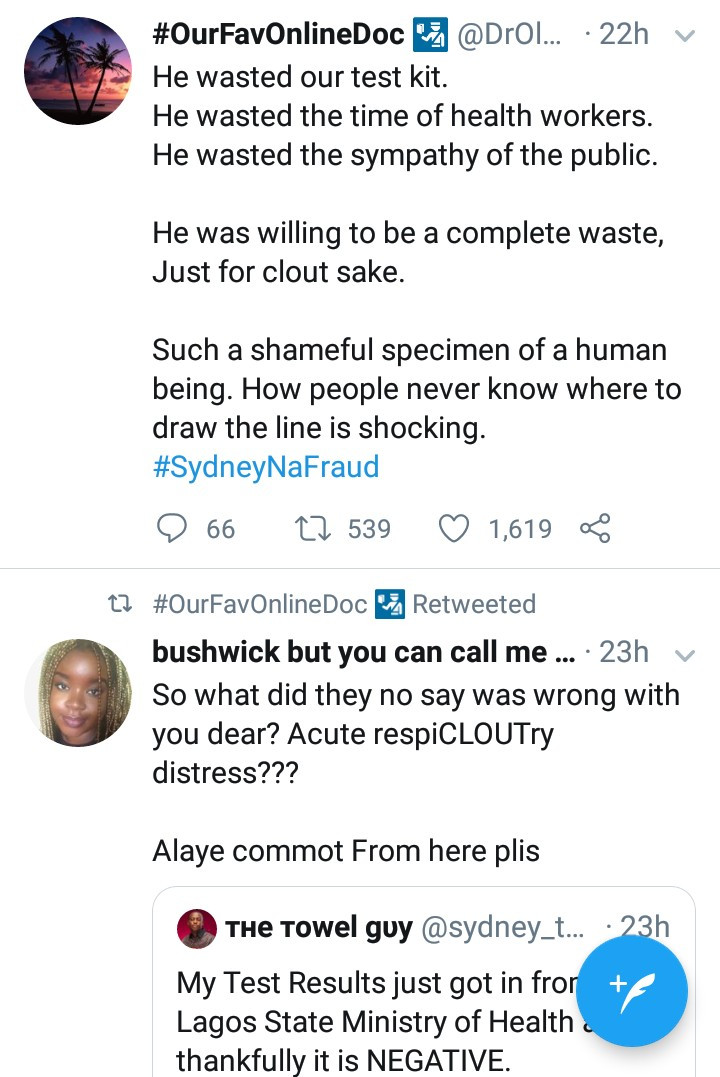 Sydney reacted today by apologizing for his actions.

I didn’t lie
I didn’t prank
I didn’t chase clout
I didn’t do a skit
I was only trying to be a concerned citizen which most people interpreted.
But still TWITTER NG I’M SORRY 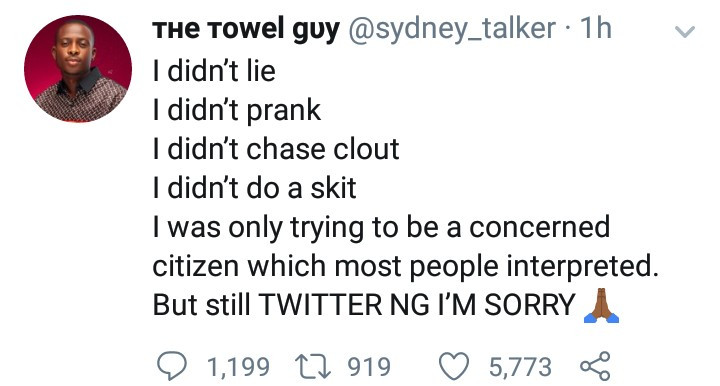 See some tweets below. 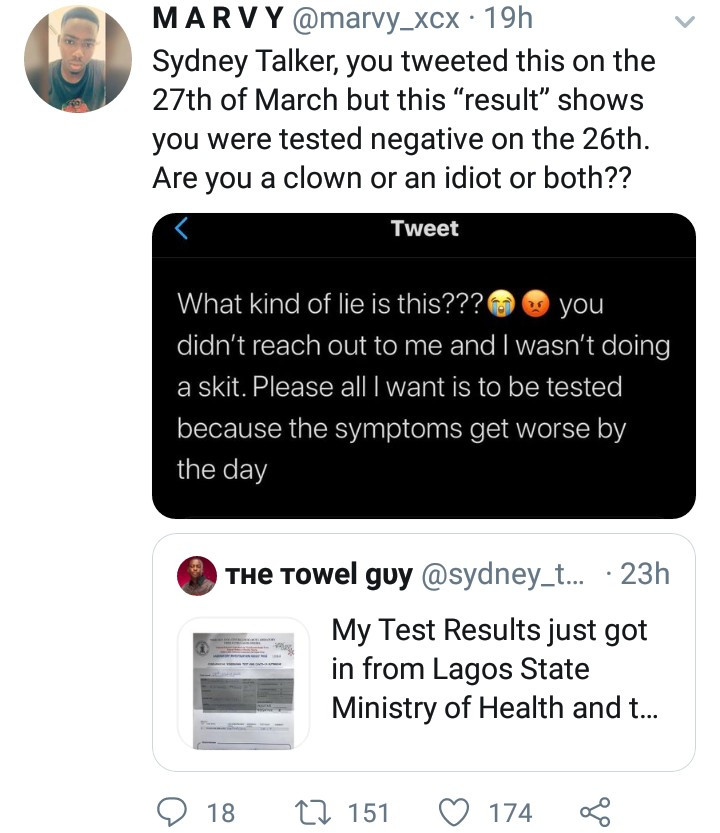 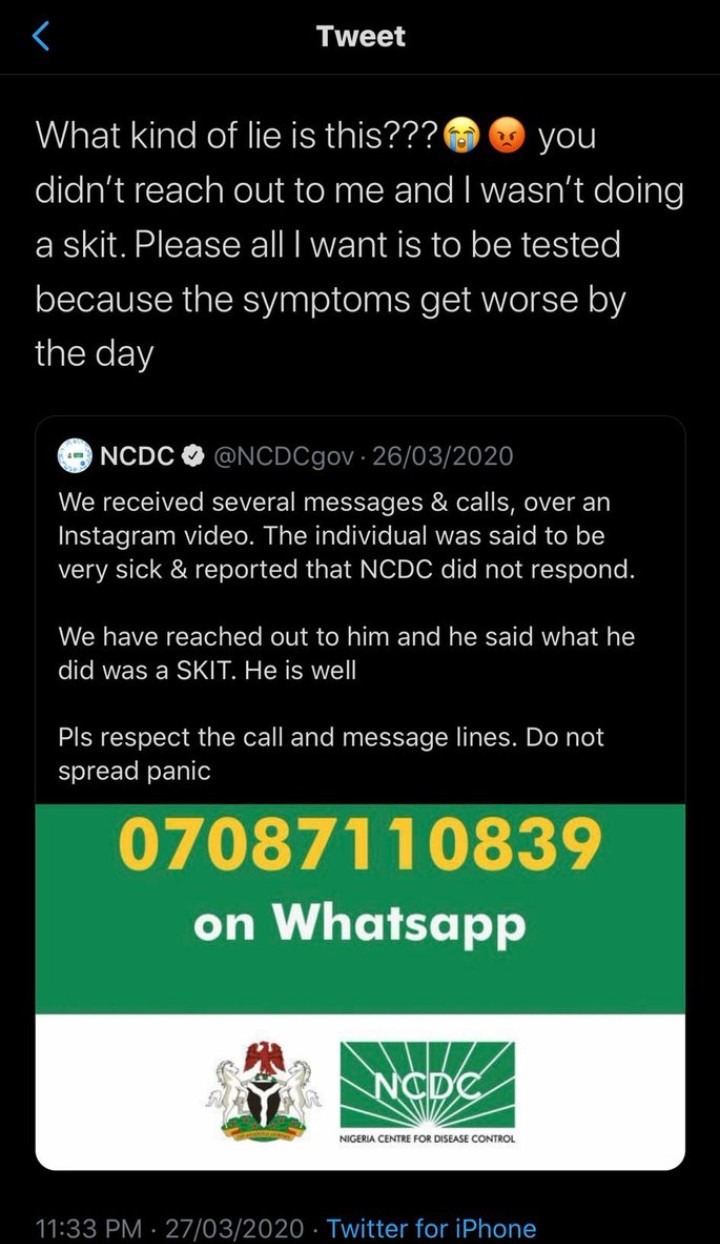 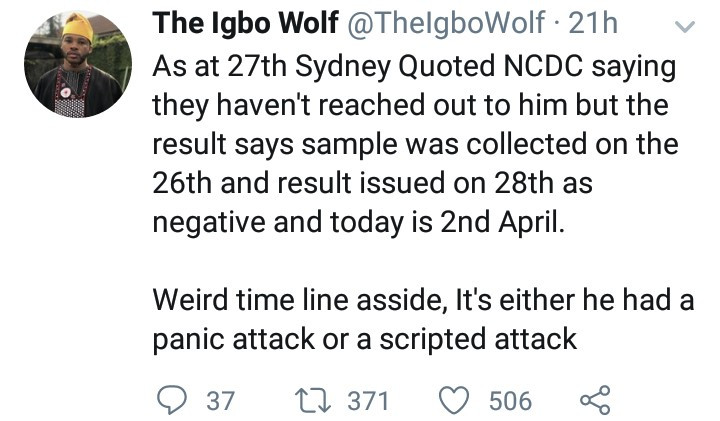 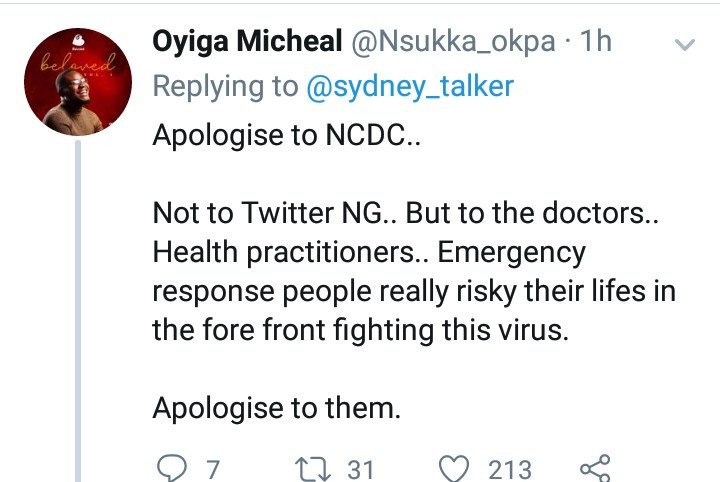 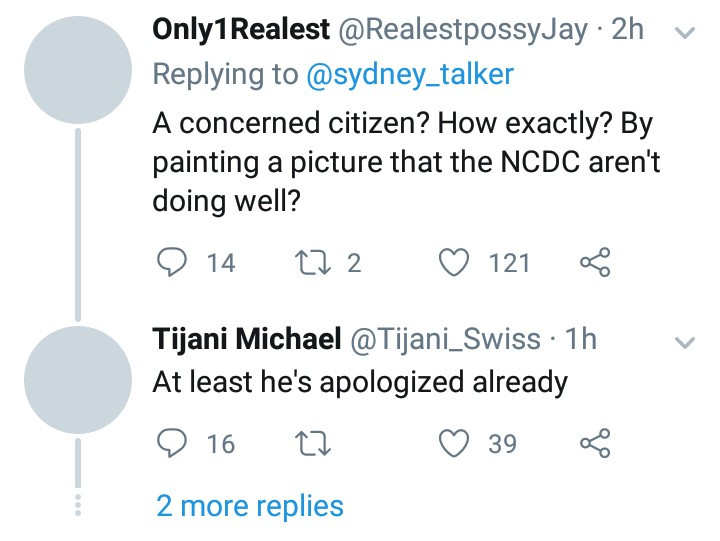 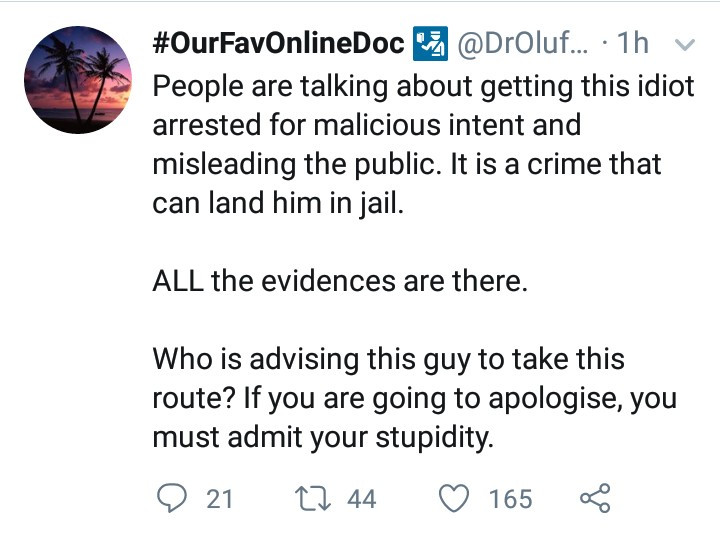 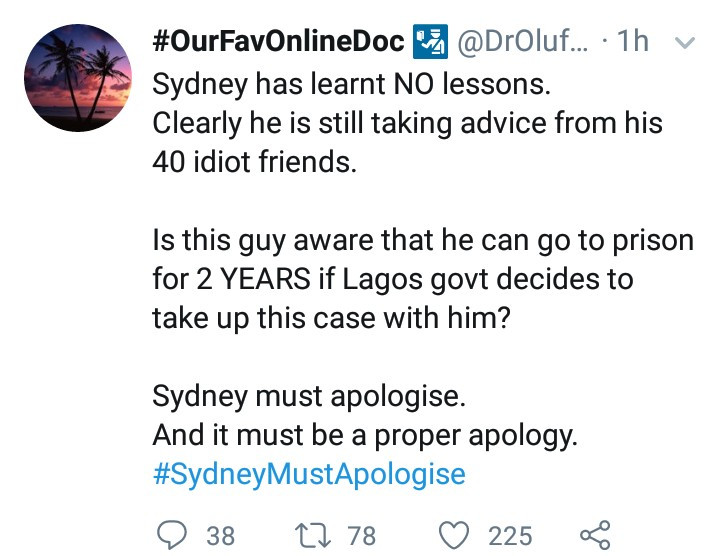 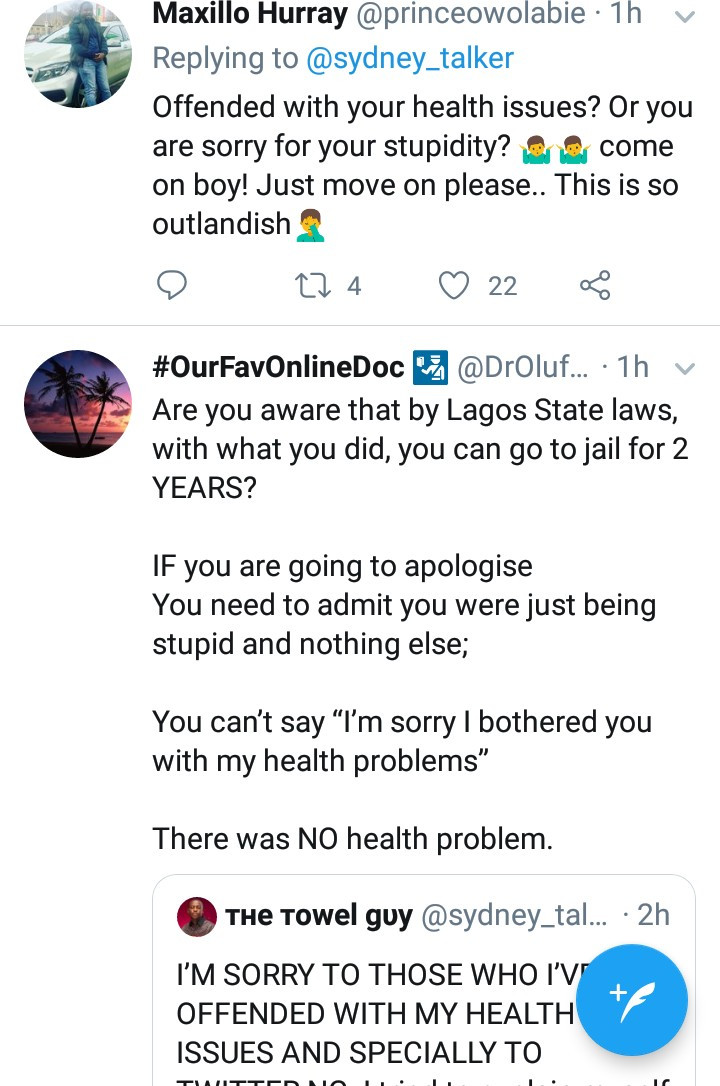