Jean Paul Mira and Camille Locht who spoke on a live TV interview, insisted that Africa is the best place to conduct such test as they recalled how an experimental treatment for AIDS was carried out in Africa.

Reacting to the video which has gone viral on social media, Didier Drogba stated that Africa is not a testing lab. The former Chelsea player also called on African leaders to protect their people from horrendous conspiracies.

It is totally inconceivable we keep on cautioning this. Africa isn’t a testing lab. I would like to vividly denounce those demeaning, false and most of all deeply racists words. Helps us save Africa with the current ongoing Covid 19 and flatten the curve.

Let us save ourselves from this crazy virus that is plummeting the world economy and ravaging populations health worldwide. Do not take African people as human guinnea pigs! It’s absolutely disgusting…

African leaders have a responsibility to protect their populations from those horrendous conspiracies. May god protect us! 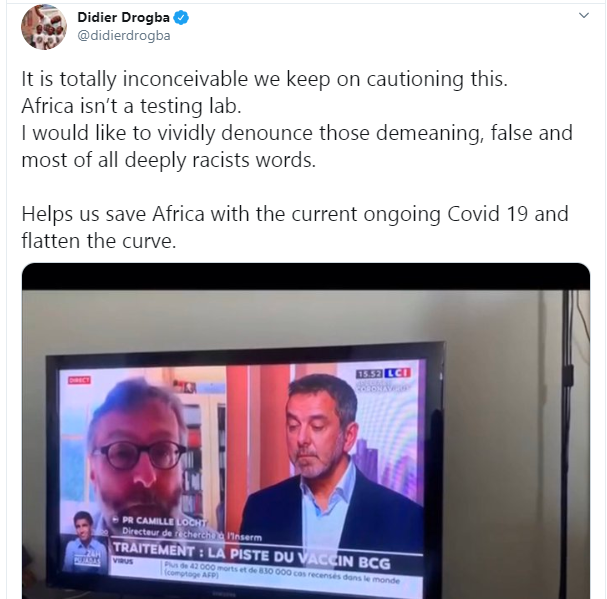 Samuel Eto’o who also reacted to the interview, stated that Africa is not a playground. He wrote; 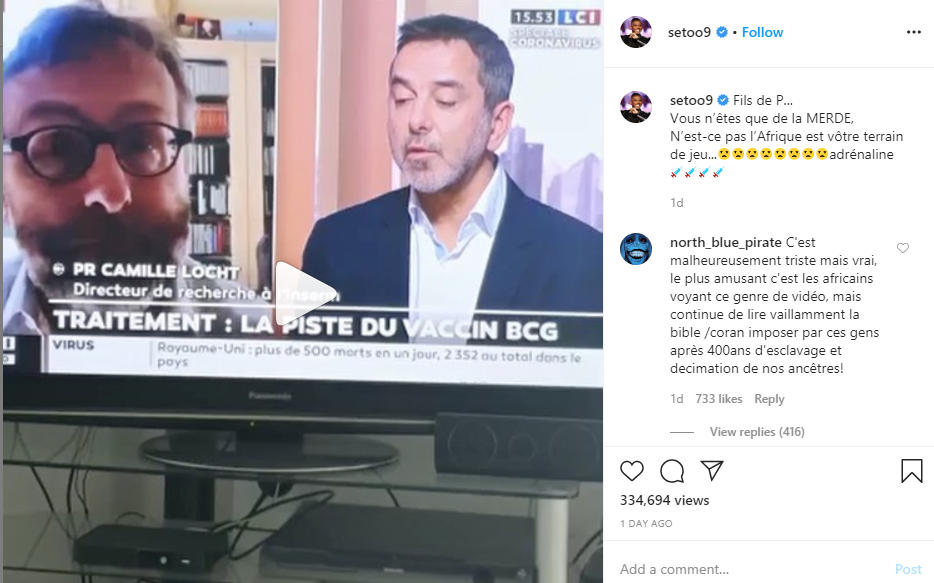