Over 20,000 have died from Coronavirus in United States, a heartbreaking development that came just after the North-American country became the first nation to record more than 2,000 virus deaths in a single day.

Italy has so far reported 19,468 coronavirus deaths while the US has recorded 20,608 fatalities, according to the Johns Hopkins tally. There are now at least 529,951 recorded cases of Covid-19 across the US.

Public health experts have warned the US death toll could reach 200,000 over the summer, if unprecedented stay-at-home orders that have closed businesses and kept most Americans indoors are lifted when they expire at the end of the month. 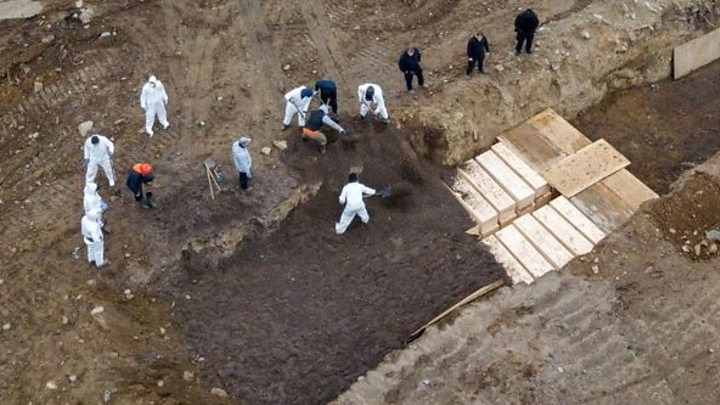 In the last few days, the number of new deaths each day has been about three times higher on average in the US than in Italy. About half the deaths in the US were in the New York metropolitan area.

Governor of New York Andrew Cuomo however said on Saturday April 11, that the state’s death toll appeared to be stabilising.

“You can see that the number is somewhat stabilizing, but it is stabilizing at a horrific rate. These are just incredible numbers depicting incredible loss and pain.

Cuomo also averred that the state’s curve “is continuing to flatten.” He added;

“The number of hospitalizations appears to have hit an apex, and the apex appears to be a plateau.

“Still people getting infected, still people going into the hospital, but again, a lower rate of increase.”

Saturday marked the first time every US state was under a federal disaster declaration simultaneously, after President Donald Trump approved one such declaration for Wyoming.

Cynthia Morgan narrates her sad story on why her career went mute and all...Watch