We Are Available 24/ 7. Email Us.
info@jeossyjs.com
Find us here
Celebrity News Gist News

Oluwo, raped me the first night we met – Ex-wife of Oluwo of Iwo accuses him of luring her into marriage by claiming no one refuses a king

Ex-wife of Oluwo of Iwo has accused the king of raping her the first night they met and luring her into marriage by claiming no one refuses the king.

Chanel Chin, who has lived in Canada all her life but is from Jamaica, said she met Oluwo when she came to Nigeria as a tourist with friends.

She arrived the country in December 2015 and in January 2016, she said she was informed by one of the Nigerians in the group that there’s a coronation coming and she wanted to go to experience the African culture. Her friends tried to discourage her, warning that the area is a “bush”. However, she said she didn’t want to see just “Lagos and Lekki” but wanted to experience other parts of Nigeria.

She went on to narrate how she went for the coronation then returned to Lagos. While in Lagos, she met the Oluwo again at an event held by a Lagos monarch.

She said she was introduced to the Oluwo of Iwo then.

She added that when she was in a party in Ikeja for an event attended by the Oluwo, she retired early to her room because she had drank too much. This was on February 2, a month after his January 2016 coronation.

She said that she woke up at 3 am to find the Oluwo on top of her in her room, with her clothes discarded.

But, she claims he told her that he is a King and that once he “extends his leg” to her, she can’t refuse him. She adds that after raping her, he decided to compensate her with marriage.

She said during the interview with GIO TV: “Tell the people that you raped me the first night you met me.”

She added: “One month later, I missed my menses and I was pregnant.”

She explained: “November from February is 9 months.”

She then narrated how she was taken to Iwo the day after the alleged rape and her shock when she arrived.

She said: “That’s when I met Oluwo, February second. He raped me and because he raped me, the next day, he said to me, ‘we’re going to the palace. we’re going to Iwo and I’ll make you queen.’ So I went with him.

She said that her marriage to the Iwo made her an enemy to many women who, till date still send her DMs, calling her a “bad woman”. She claimed this hatred from women stems from the fact that the King had promised most of them marriage.

Chanel Chin said: “There was even a family that came, they were so upset because Oluwo disvirgined one girl from that town and promised that family marriage. So, when that family got to find out one Canadian was with this King, that is when he went to the news.

“So, when people started to find out, ‘oh there’s one Jamaican woman living with him’,  that is when he went to the press and put this fake news about his wife from Canada, that he married me in Canada and that I came to Nigeria to claim my rightful spot, which was a lie.

“So, even before I stepped foot in that palace, I already had a gang of enemies.”

The ex-Olori of Iwo added that she’s the Oluwo’s 5th baby mama and her child is the 9th child. She said this as she accused the monarch of sleeping around with women and getting them pregnant.

Chanel Chin was also asked to react to allegations from the Oluwo that she’s a runs girl who had sex with him on the first night they met and she replied:

The Facebook Live interview with Chanel Chin is a lengthy one that lasted for 5 hours and 44 minutes. In it, she made a lot more allegations about her ex-husband, some of them so damning that people commented to say they fear for her safety. 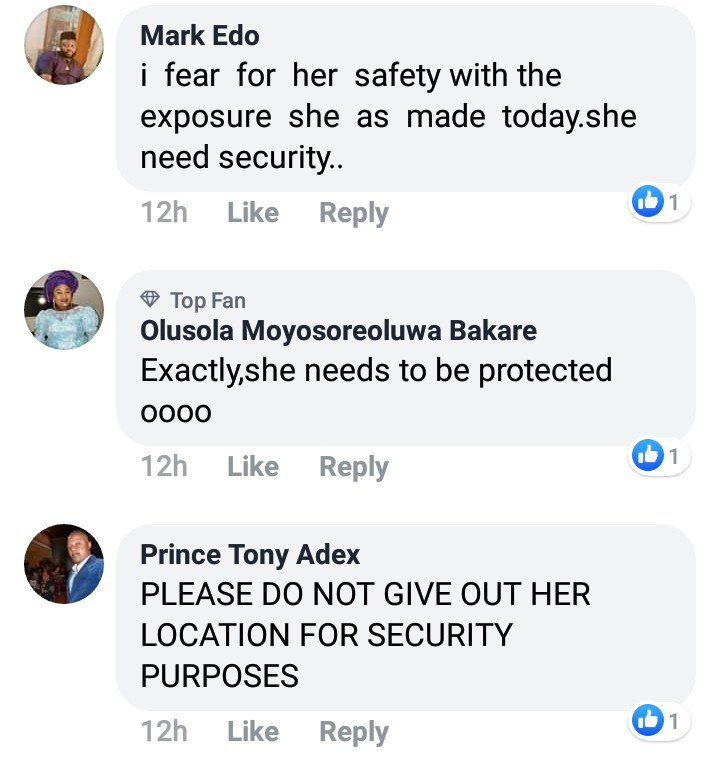 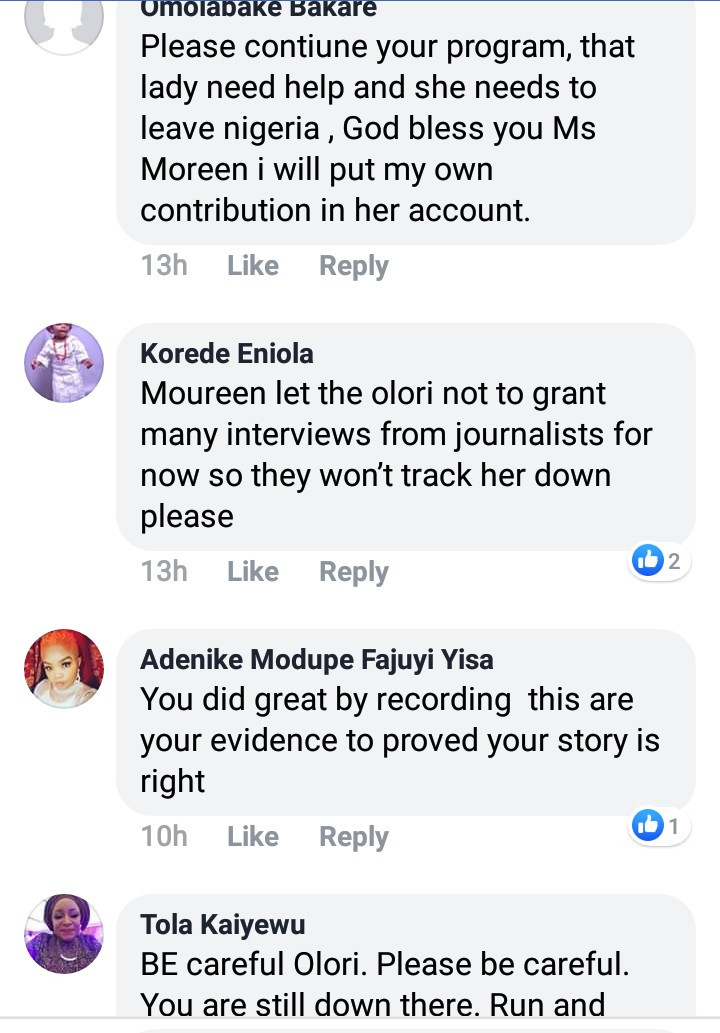 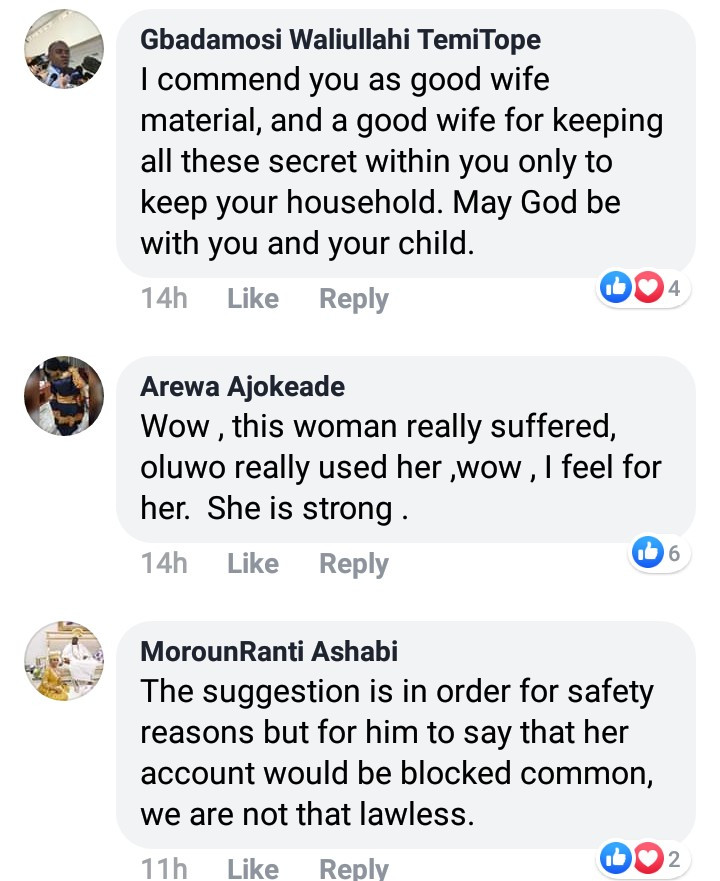 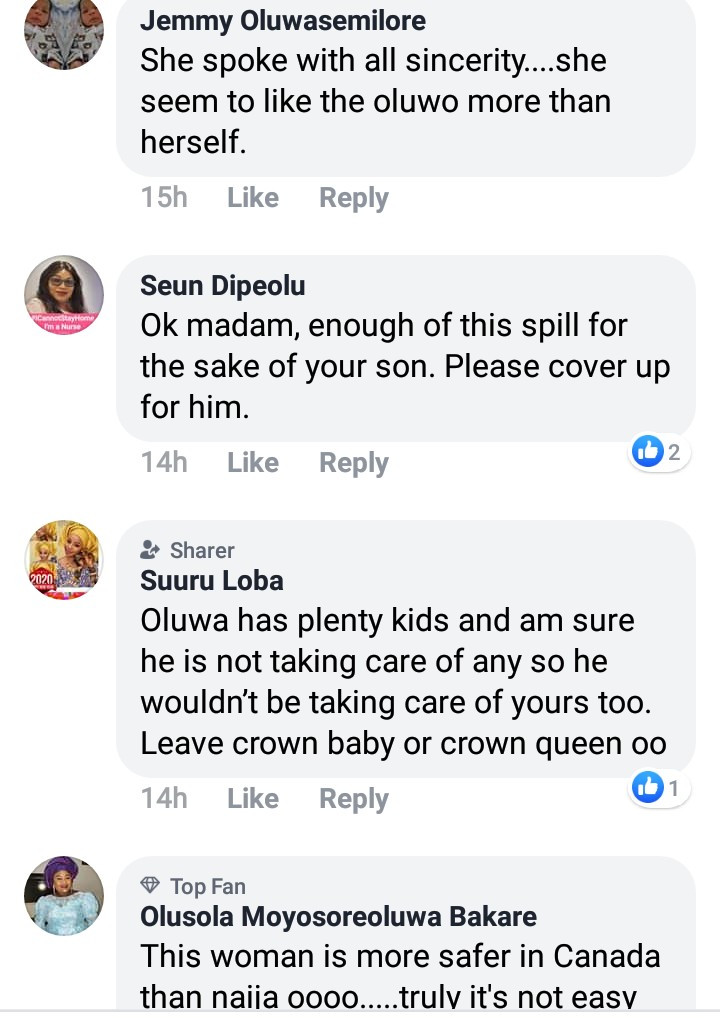 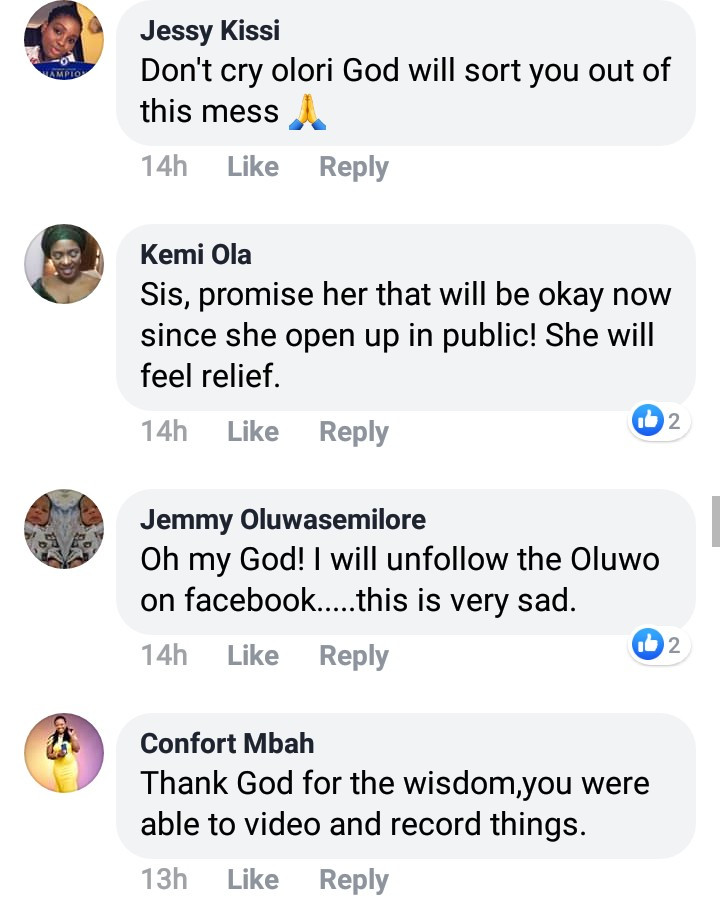 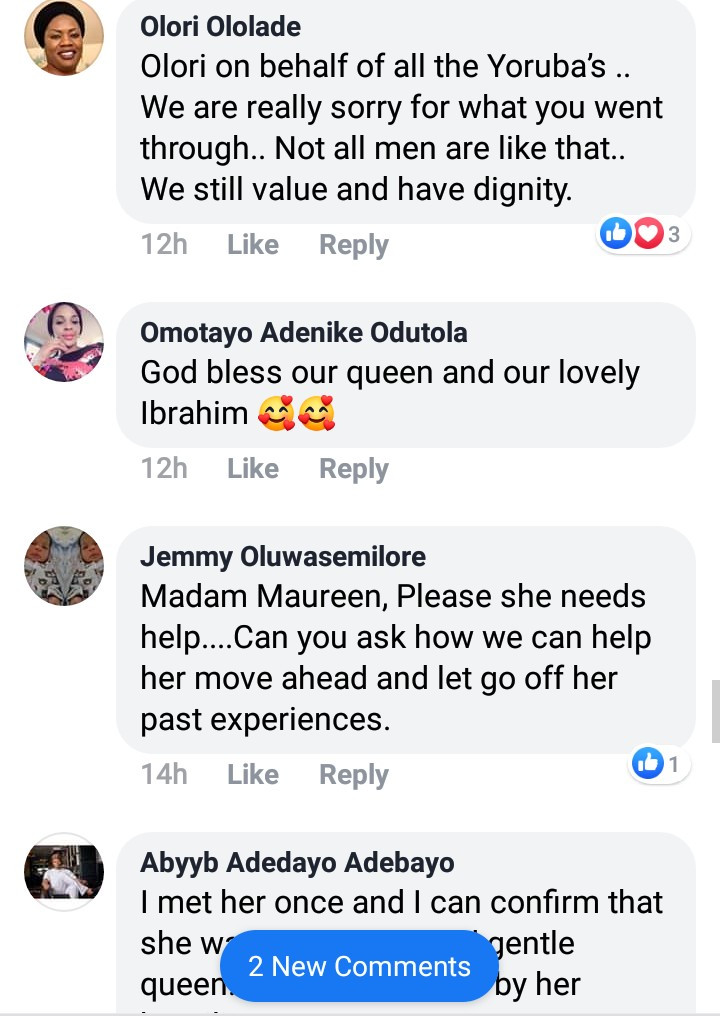 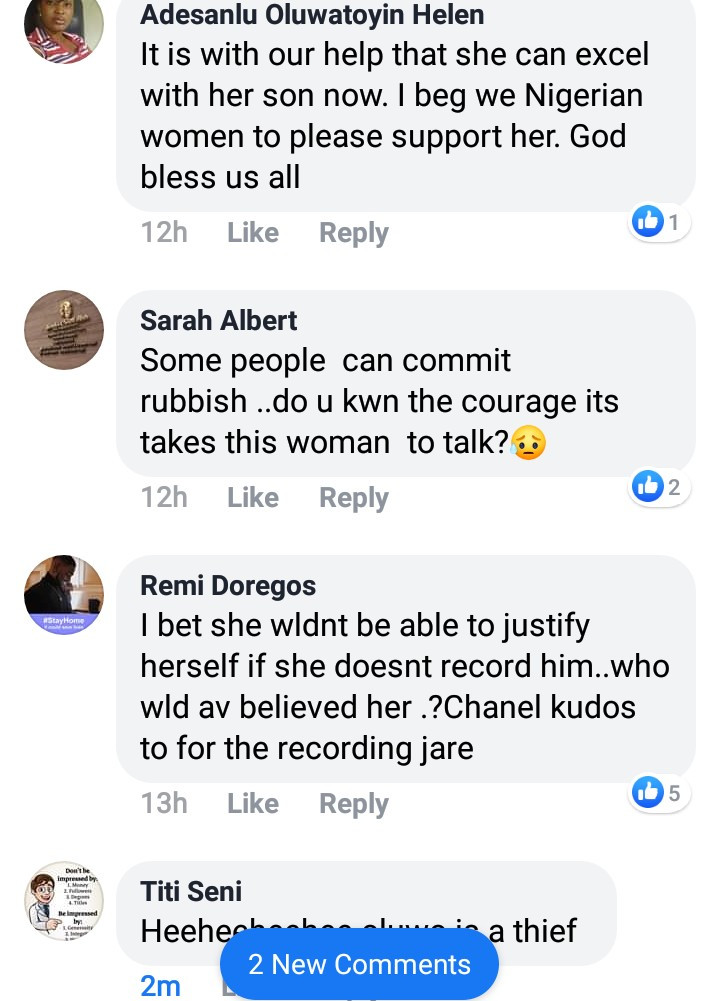 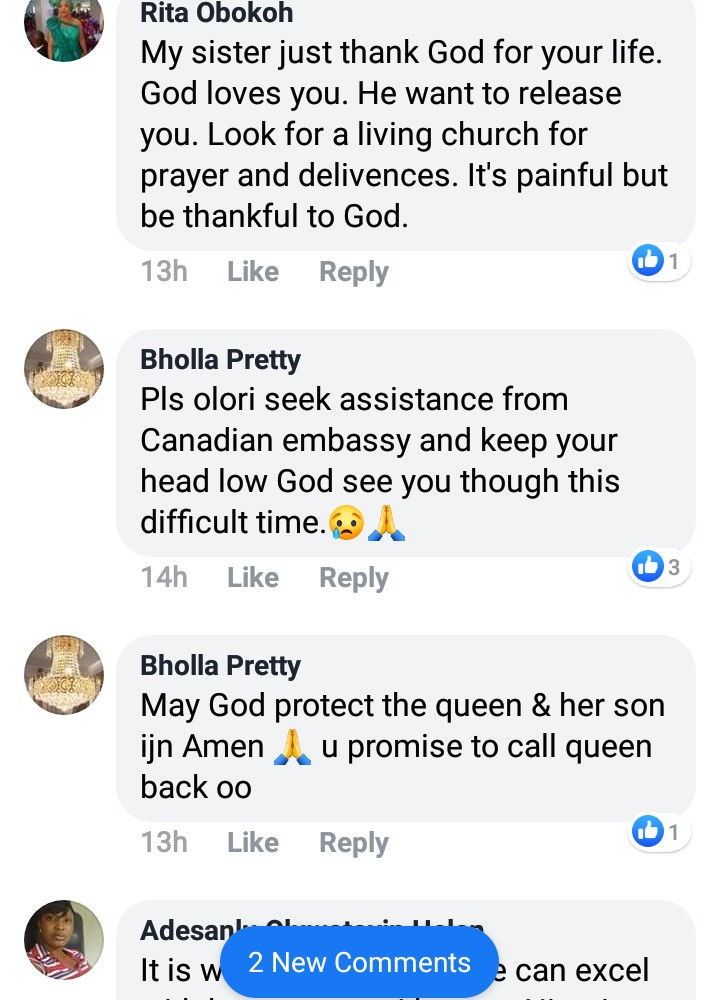 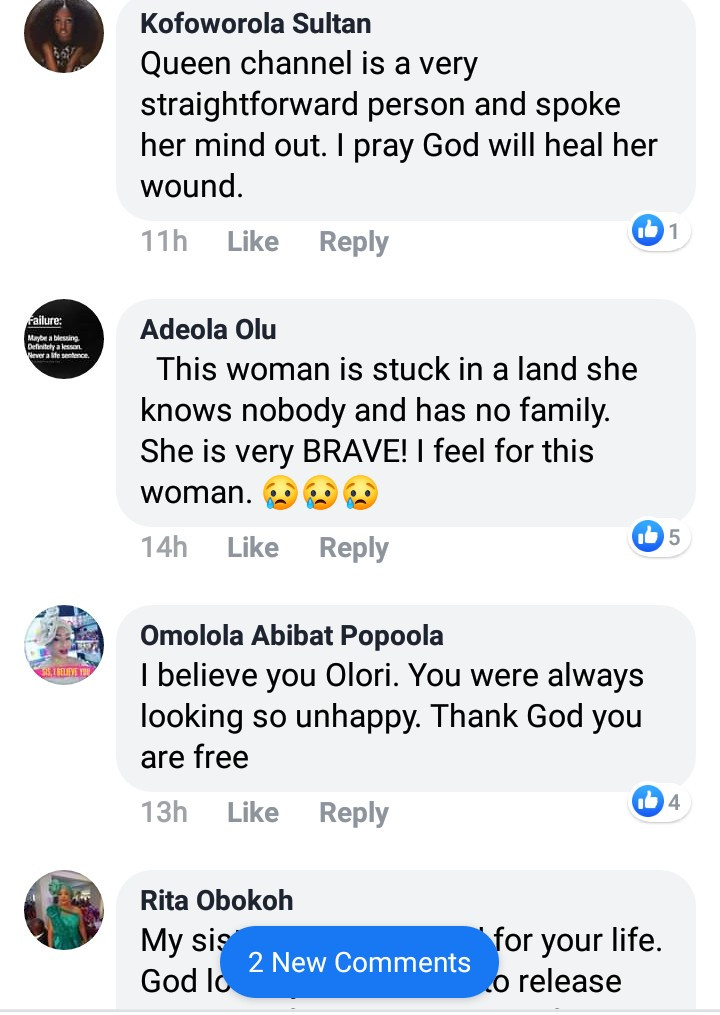