Singer Djinee has blamed the death of  the 22-year-old UNIBEN student, Uwa Omozuwa  who was  raped and murdered while reading in the church on parents who failed in the raising of the male child.

Uwa’s assault in Benin has been condemned by Nigerians all over the country With the hashtag, #JusticeForUwa, Nigerians are calling for Uwa’s attackers, who are still walking free, to be found and prosecuted.

Reacting to Uwa’s death, Ego singer, Djinee wrote: “Uwa’s story breaks me. We all have to admit that our parents have failed woefully in the raising of the male child. Concentrating too much on the conduct of the female child when it’s actually the males who have the higher propensity to do evil! #JusticeForUwa.” 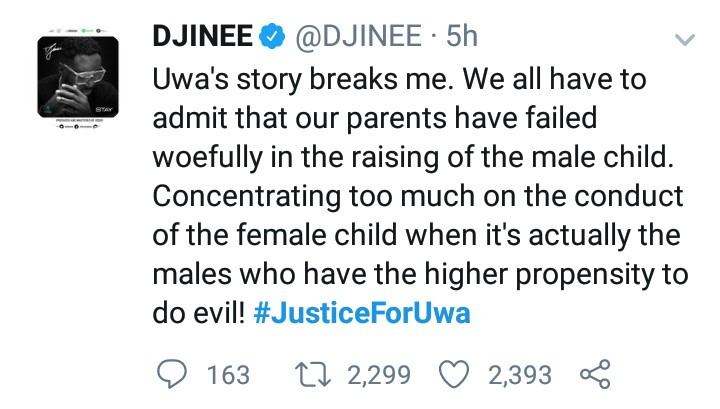 In a series of other tweets, he explained how parents let their sons get away with things they won’t accept from their daughters. He added that parents may not directly encourage their sons to rape, but they rarely teach them not to “grope” and “cat call” women.

He also explained that for fear of his sister’s safety, he had to relocate to a gated community that cost him 5 times more.

He also told of a friend of his who was gang-raped and now living with HIV.

Read the rest of his tweets below. 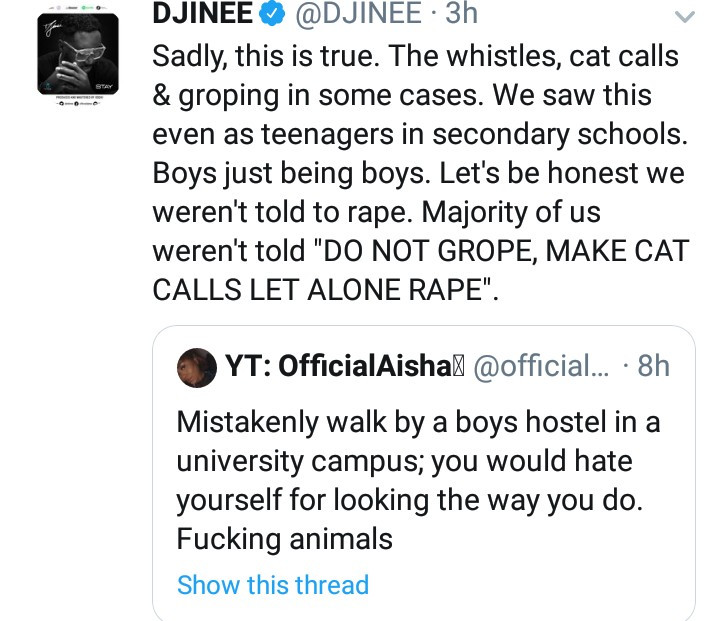 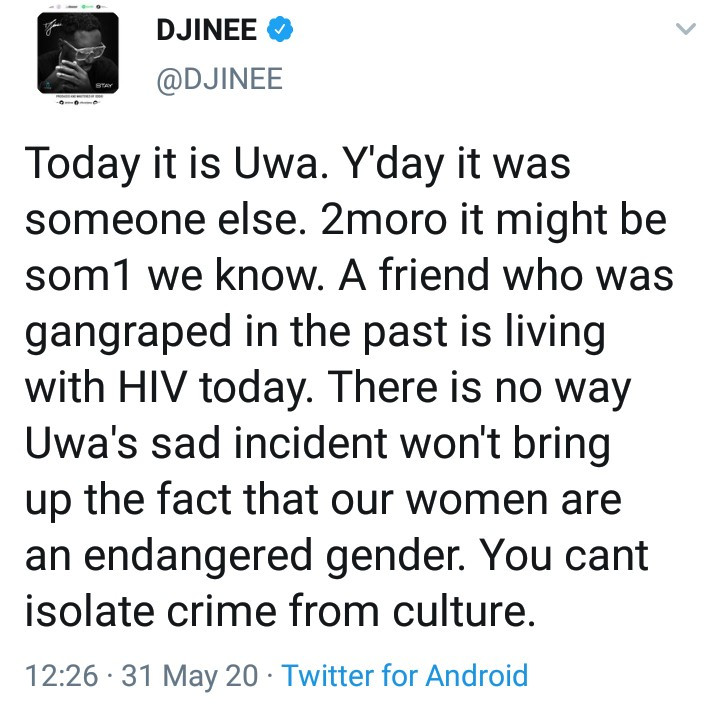 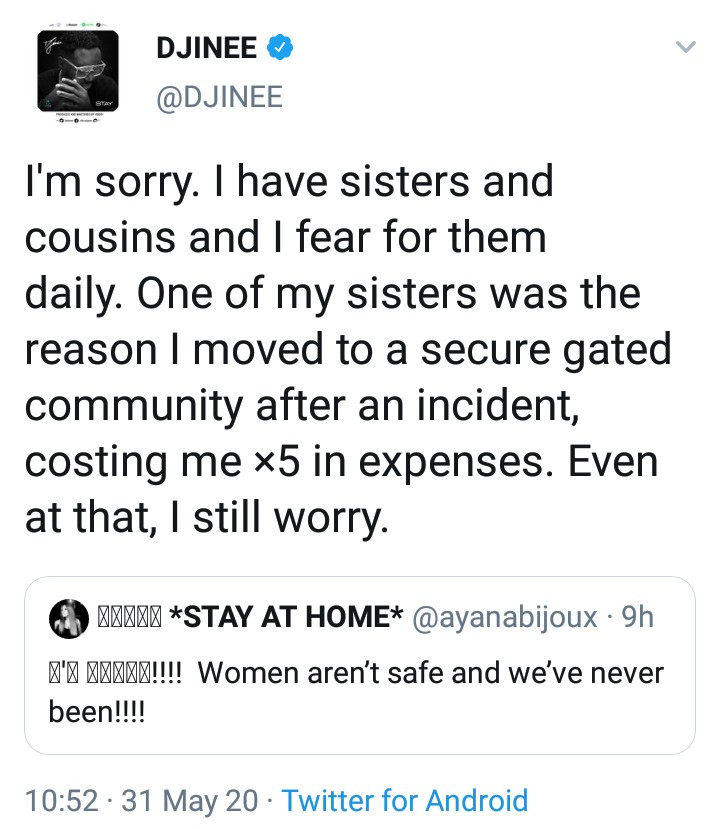 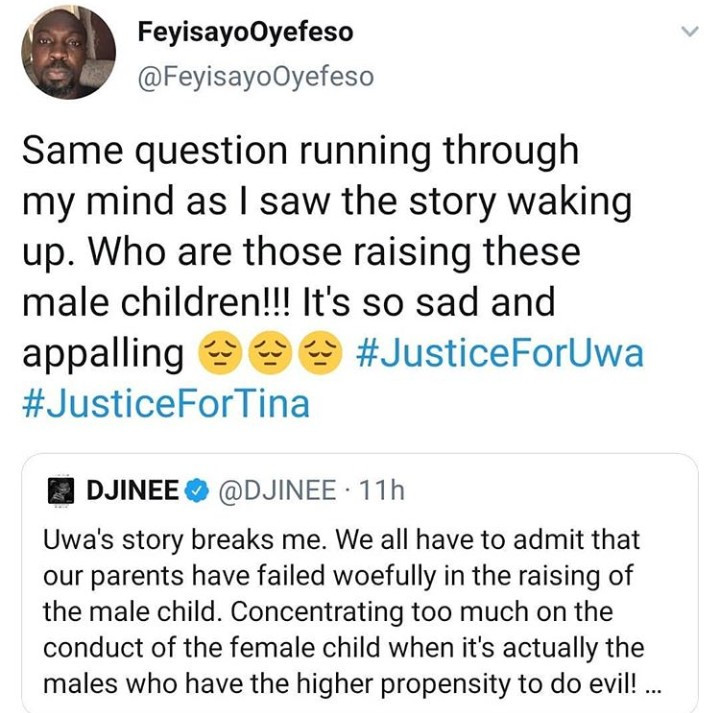 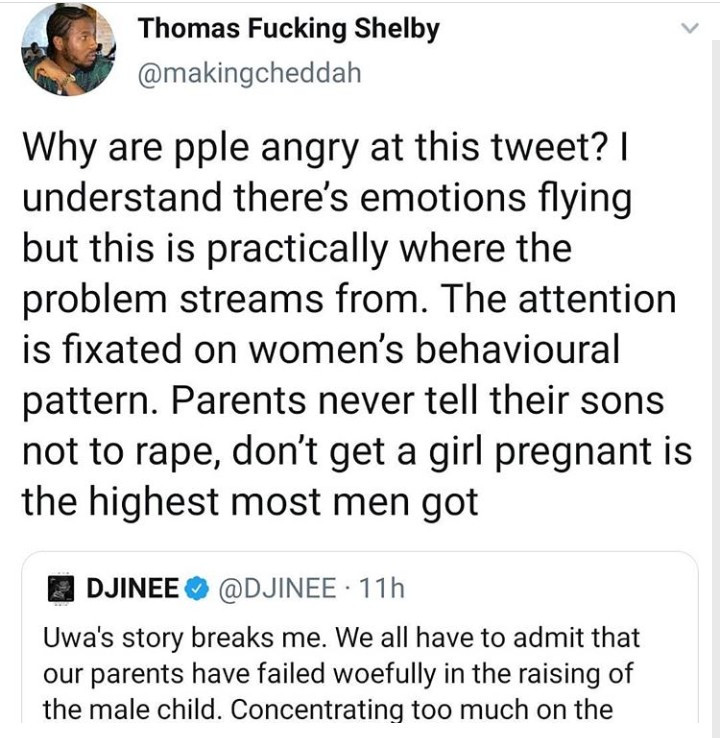 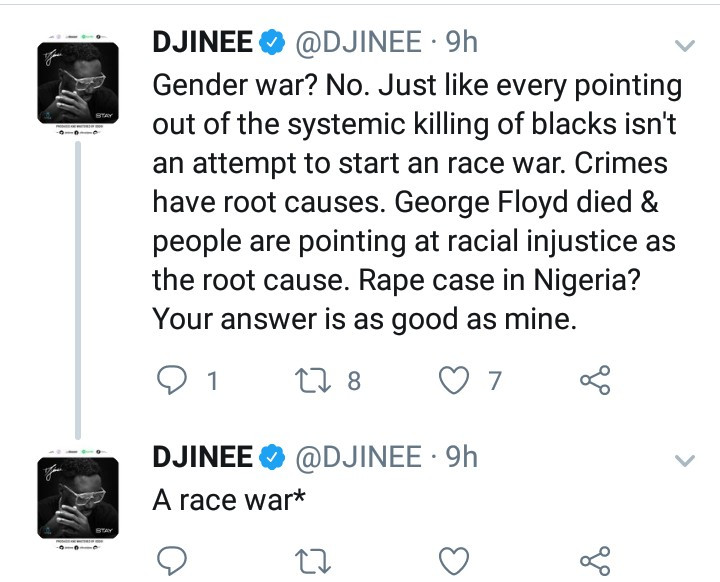 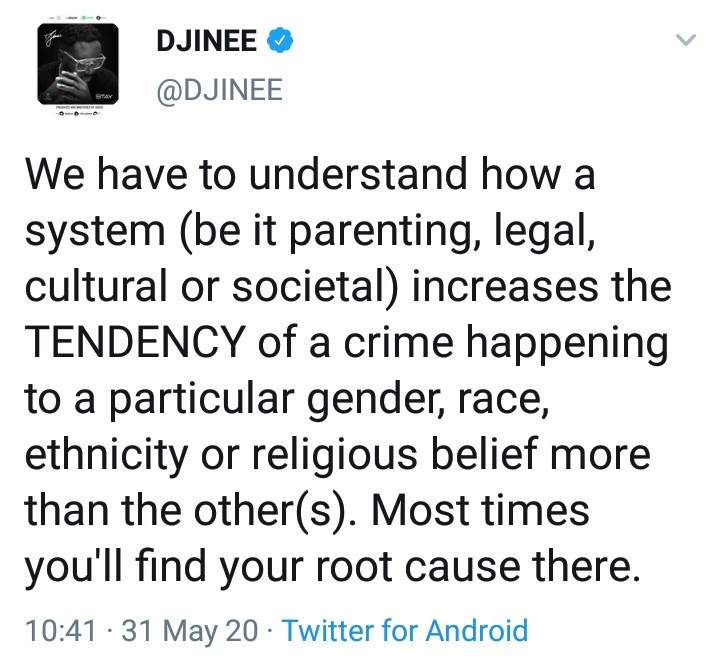 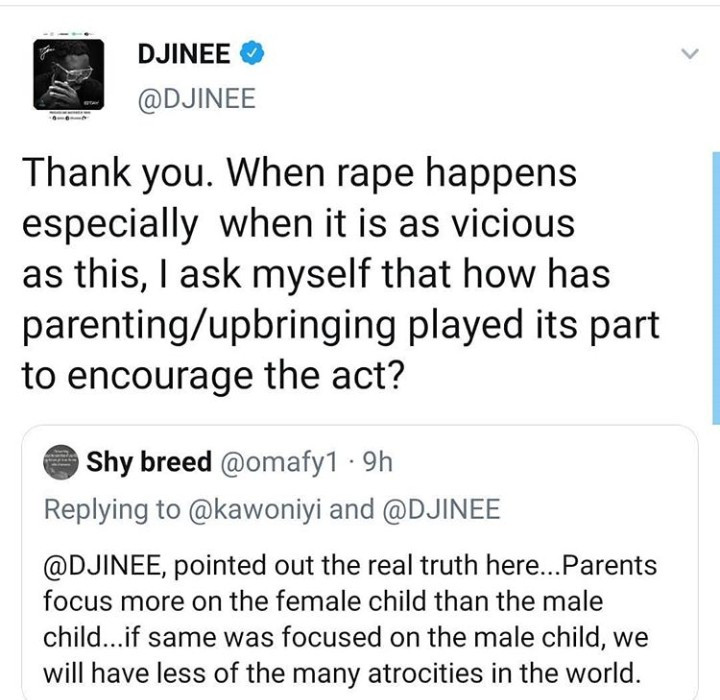