We Are Available 24/ 7. Email Us.
info@jeossyjs.com
Find us here
Gist News

A Nigerian man has filed a lawsuit against the new wife of a custom boss, Hameed Alli, Zainab Abdullahi Yahaya demanding the sum of nine million Naira as the money he spent on her while they were dating.

Hameed and Zainab had a low key  wedding in kano over the weekend.

According to the court papers making the rounds on social media, the man identified as Zubairu Malhamatu Malamai, accused Zainab of lying to him while they allegedly dated for three years. According to Zubairu, he invested over N9 million on Zainab who promised to get married to him but ended up with somebody else.

according to Zubairu’s lawyer, Sir Isa Wangida, who authenticated the letter. He also alleged that his client, Zubairu, has been picked up by the SSS. He confirmed that the document came from his chambers but insisted he has no idea how it was leaked to the public.

”Yes it’s true. They dated for almost three years and they started preparing for marriage only for her to pick unnecessary fight. Unknown to him, she was out to marry a different man.

She sent him a text and sent him out of their house, that he should go and calculate all that he has spent on her. Islamically, he has the right to demand for every penny he spent on her when they started the relationship to when she decided to withdraw.

If he is the one that decline, he is not entitled to ask for anything but for her to have deceived him for all this number of years, he is entiltled to all that he spent on her. So we demanded for that. We gave her a week, she refused and so we took the matter to court.”Wangida said

When asked if the case has been fixed for hearing, he said

No. For now she has decided to take a fight. The DSS came and arrested him on Friday, threatening him. She said he threatened her and that he has defamed her character. When the date is served we will let you know. We are yet to serve her with the court process because she is already married and we have to follow the Islamic procedure”

Asked if the lady in question is the new wife to the Customs boss as has been reported, Wangina answered ”Yes!”

See the court papers below 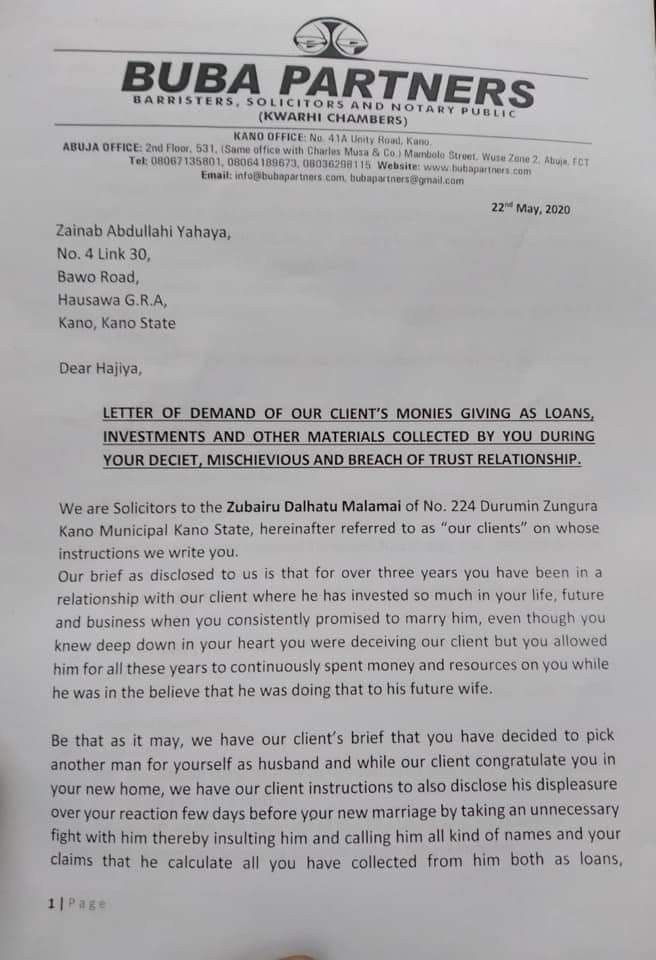 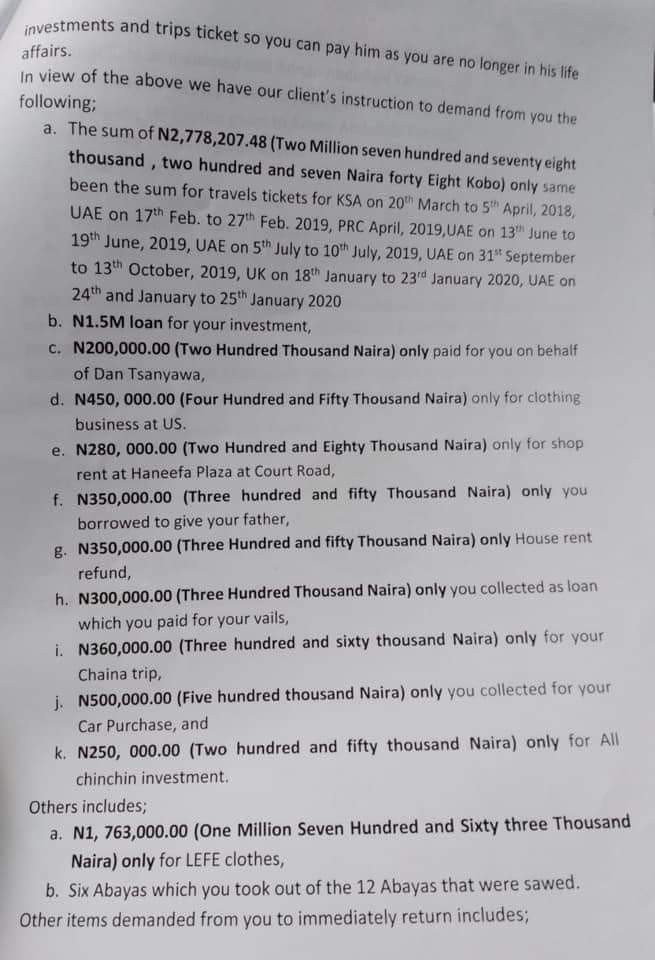 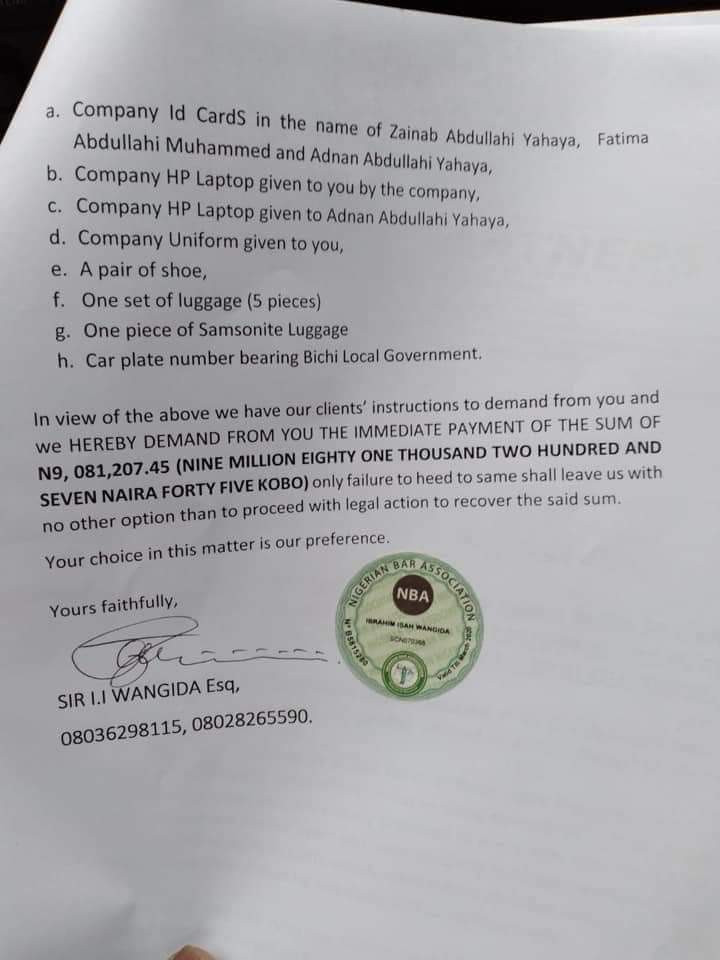