Madeleine McCann was likely killed soon after she was kidnapped, a German prosecutor has claimed.

German prisoner Christian Brueckner has been named as the new suspect in the search for Madeleine McCann  who disappeared from her bedroom on May 3, 2007, while holidaying with her family in a resort in the Algarve, Portugal.

Hans Christian Wolters, while speaking after the identity of Brueckner was revealed, said he believes Madeleine was killed shortly after she was taken from her room.

He told the Times: “My private opinion is that he relatively quickly killed the girl, possibly abused her and then killed her.

It was also reported that Brueckner had discussed kidnapping, raping, and killing a girl with another paedophile online.

He is reported to have expressed his desire to “catch something little and use it for days.”

He allegedly added: “Then I’ll record maaaany videos/clips. I’ll document in detail how she’s being tortured.”

The report claims the conversation was discovered while they were investigating the disappearance of Inga Gehricke, who was dubbed the “German Maddie” after vanishing in 2015.

Mr Wolters added: “The sooner we get evidence, the better for us to avoid the risk of him ever being released.

“If we find nothing new against him it could be that in seven years at the latest he may be released and leaves Germany for a country that doesn’t extradite.

“If we don’t solve the McCann case perhaps we can prove he committed one or two other crimes, which might be enough to keep him in prison permanently in preventive detention.”

Brueckner is currently serving a prison sentence for raping an elderly woman in Praia da Luz in 2006.

He also has previous convictions for “sexual contact with girls”.

It has also been revealed that Christian Brueckner’s ex-girlfriend claims he told her he had a “horrible job” to do in Praia da Luz the night before Madeleine McCann went missing.

A friend of Christian’s ex-girlfriend told The Sun about a conversation the girlfriend had with Brueckner on May 2, 2007, while the two were in a relationship.

“I have a job to do in Praia da Luz tomorrow,” he allegedly told her.

“It’s a horrible job but it’s something I have to do and it will change my life. You won’t be seeing me for a while.”

Brueckner then went off the radar for three years and was next heard of working in a bar in Lagos, six miles from Praia da Luz.

It was in this bar in 2010 that his girlfriend at the time – also a British woman – noticed he bore a striking resemblance to some of the photofits of suspects released by police investigating Madeleine’s disappearance.

She jokingly asked: “You did it Christian, didn’t you?”

The friend says Brueckner reacted strangely to the playful joke.

“He blanked the question and shrugged – then added, ‘Just don’t go there’.” 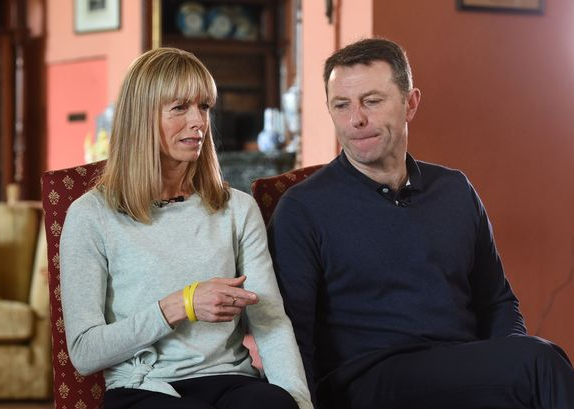 Meanwhile, Madeleine’s parents, Kate and Gerry McCann, have not stopped searching for their daughter and hoping they find her alive.

Her mother Kate still even throws her a birthday party each year with cake and presents, and all her birthday gifts from over the years are still waiting in her unchanged pink bedroom in Rothley, Leicestershire.

ALSO READ: 5 brothers abducted in Kaduna after kidnappers broke into their home while they were sleeping

Kate and Gerry McCann shared a moving tribute on the official Find Maddie Campaign Facebook page today, writing: “Happy 17th Birthday Madeleine! We love you and we’re waiting for you and we’re never going to give up.”

Kizz Daniel flaunts his house and his expensive cars (photo)