Torrential downpours in the south and central China has killed more than a dozen people and forced hundreds of thousands from their homes, the government in Beijing said on Thursday.

About 230,000 people have been relocated while more than 1,300 houses have been destroyed  due to flooding since June 2, the country’s Ministry of Emergency Management said. 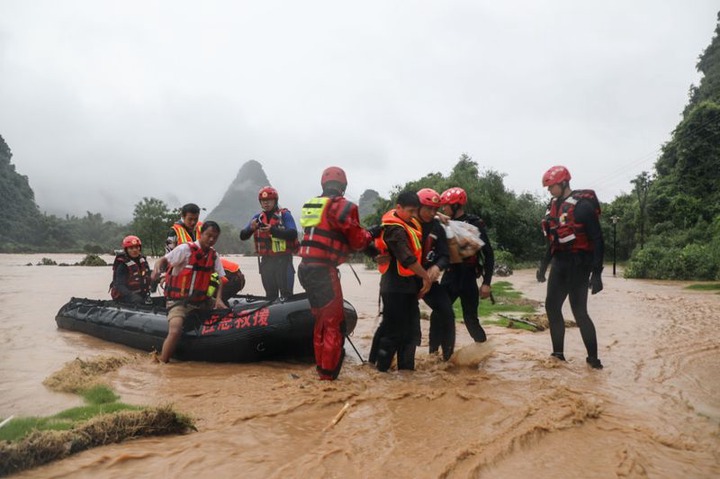 The heavy downpours began at the beginning of June and have led to “dangerously high water levels” in 110 rivers, Xinhua reported.

Aerial photos published by the state-owned Xinhua news agency showed parts of the city of Guilin in Guangxi region underwater.

According to the report, continuous torrential rain caused the Lijiang River to burst its banks with its peak water level reaching 146.49m (160 yards), about half a metre above the warning line. 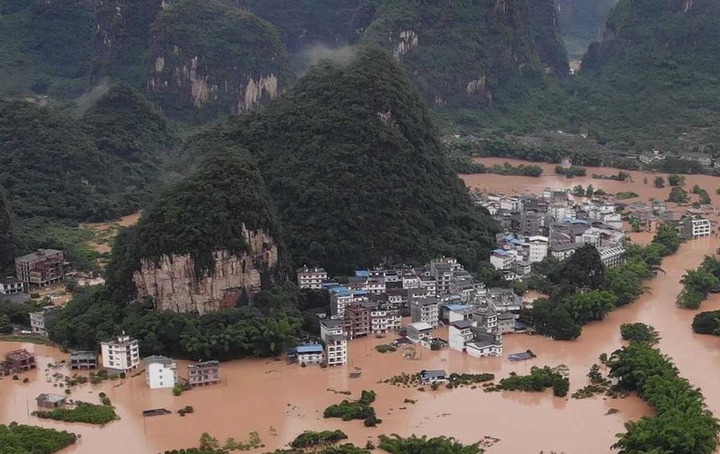 In Hunan Province, at least 13 people were killed in rain-triggered disasters, and another eight people are missing or killed in south-western Guizhou province, according to the local emergency response departments, Xinhua said.

In southern Guangxi Zhuang Autonomous Region, six people were reported dead and one missing, while in Hunan province just to the north, seven people were also confirmed dead with one person missing.

Damages, including the destruction of more than 1,300 homes, was estimated at more than $500m. 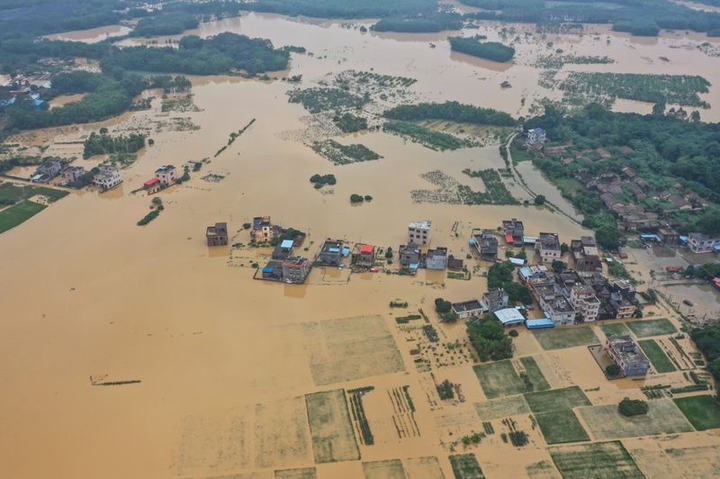 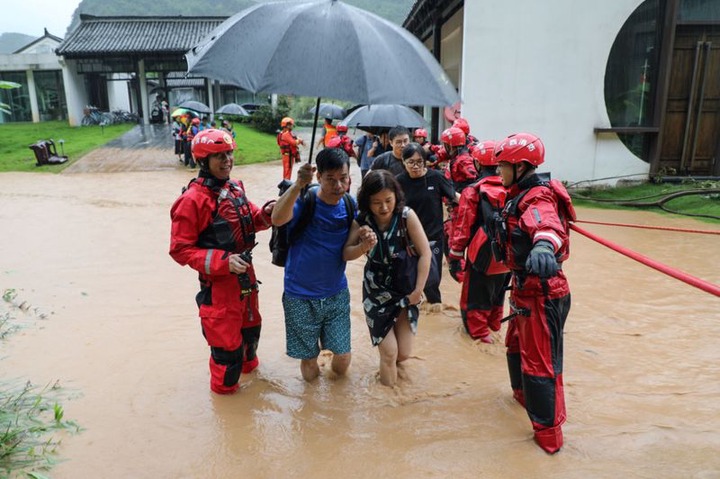 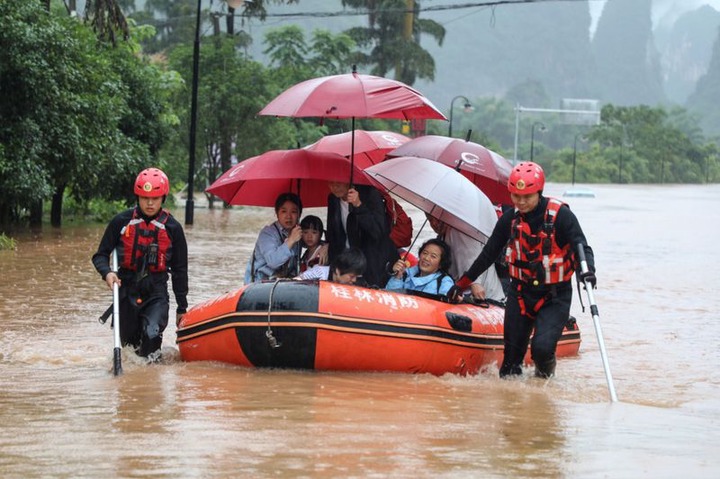 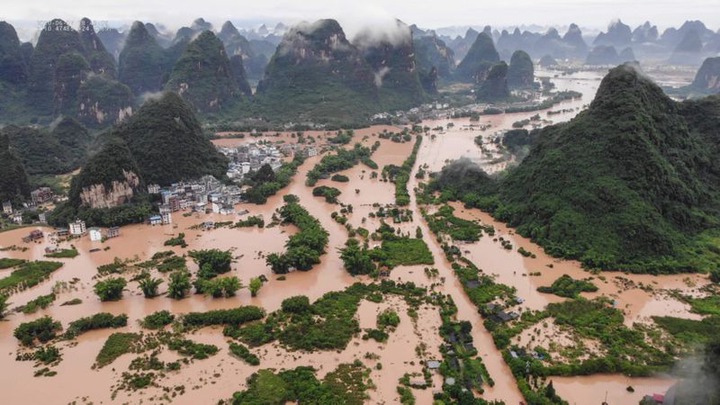 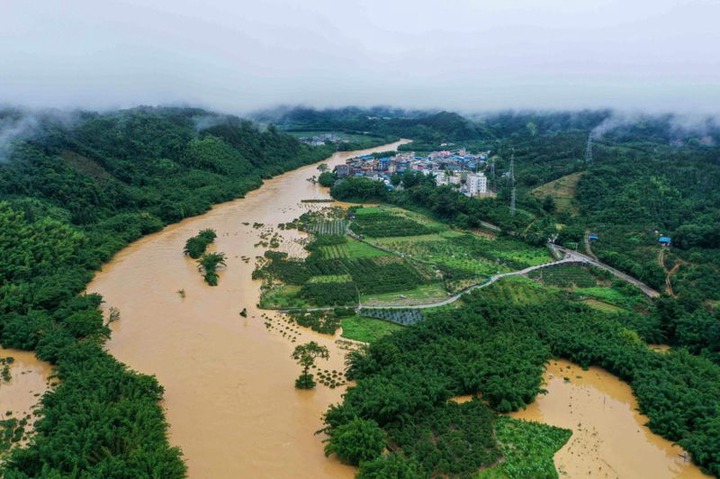 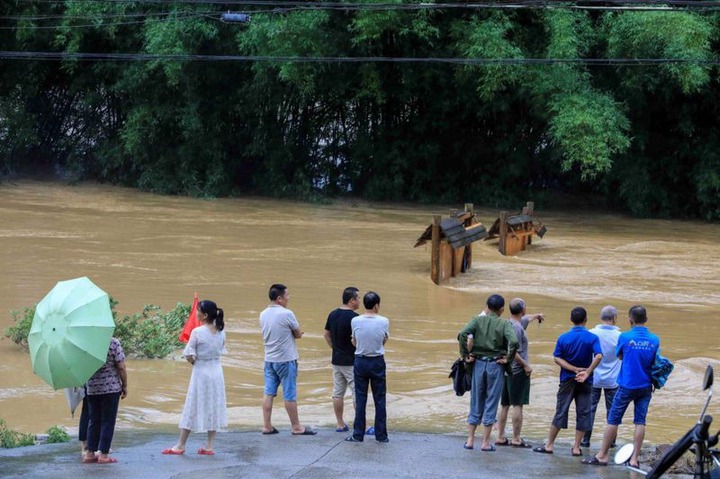 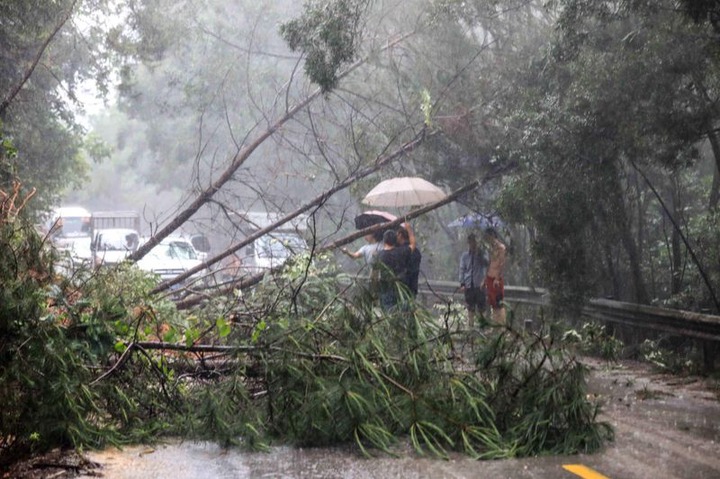 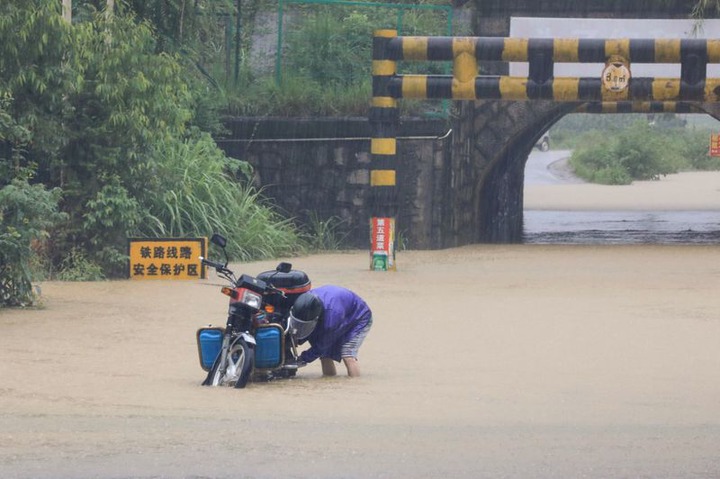 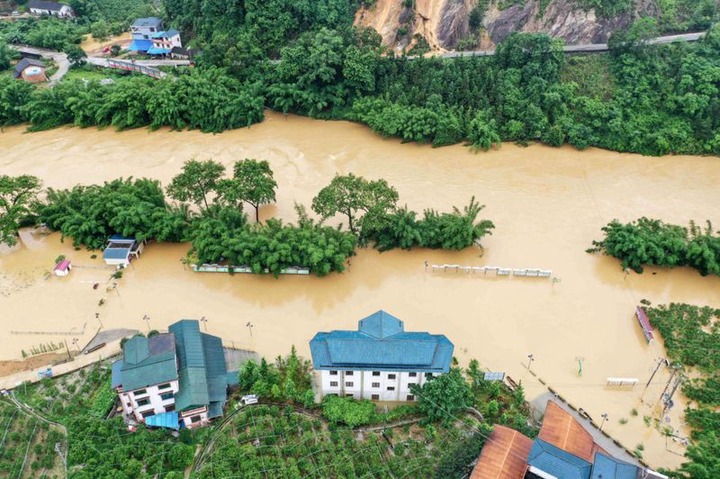 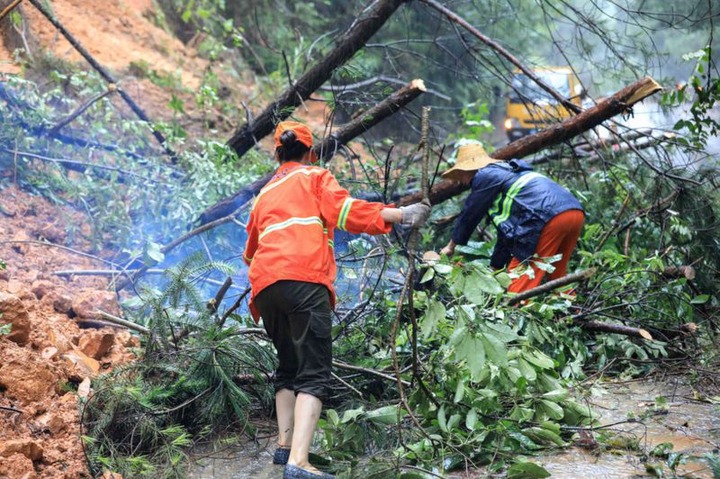