Blessing Okoro took to Instagram to address critics who won’t stop judging her for the Onye Eze saga.

Recall that In May 2019, Blessing Okoro made headlines after tried to claim businessman, Onye Eze’s house as her own. But she says it all ended up being a blessing to her.

2Kay wrote: “No be this girl wey use the stone them throw her take build mansion?”

Blessing had hit back, saying, “even my stone and lie blow pass your entire failed music career.”

ALSO READ: “After The Lie I Made Up Yo 30 Million Naira” Blessing Okoro Lists Ways She Was Blessed After Claiming Onye Eze’s House As Hers

A number of other people dragged Blessing, reminding her that she claimed Onye Eze’s house as hers.

Today, she released a reply for her critics by sharing a photo of her in a t-shirt with her finger pointed to the words on the t-shirt.

The words say: “Na lie I lie I no kill person.” 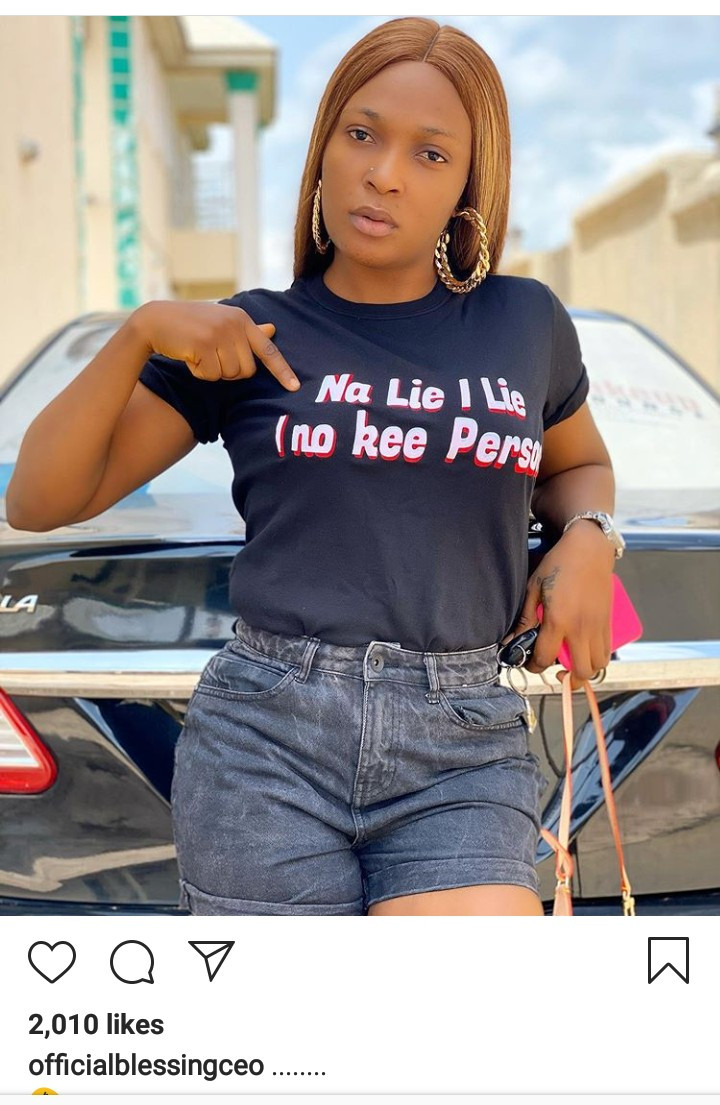