Lady who accused D’banj of rape released after being arrested

Lady who accused D’banj of rape released after being arrested

Seyitan Babatayo, the lady who accused D’banj of raping her in 2018 has been released after being arrested by the Lagos state police yesterday.

“They arrested Seyitan this morning in Lagos. They arrested our client but somebody is already there to facilitate her release on bail.

“This matter is coming to Abuja by tomorrow; we are petitioning. The Financial Crimes Investigation Division (FCID) is taking up the petition tomorrow. That is all I can say about it for now.”

In a notice D’banj’s lawyers Mike Ozekhome Chambers served Ms Babatayo, she was asked to pay the singer N100m within 48 hours as compensation for falsely accusing him of rape or risk legal action.

D’banj also demanded for a letter of apology and retraction of her statements which should be published in four national dailies.

“We have been instructed to demand and we do hereby demand from you the following: That your client makes an outright apology and a total retraction of 1lķeach and every false allegation made against and concerning our client.

“The said apology and retraction shall be published in four national dailies with wide circulation in Nigeria as well as on media platforms and handles being used by your client and her hirelings.

“That your client makes a compensatory deposit of the sum of N100m only through this chambers in favour of our client to assuage his battered image.”

BBC journalist, Kiki Mordi confirmed that Ms Babatayo has been released. She tweeted; 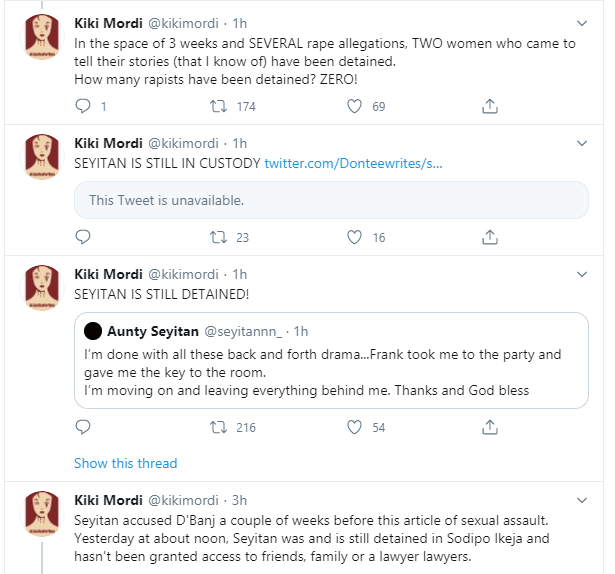 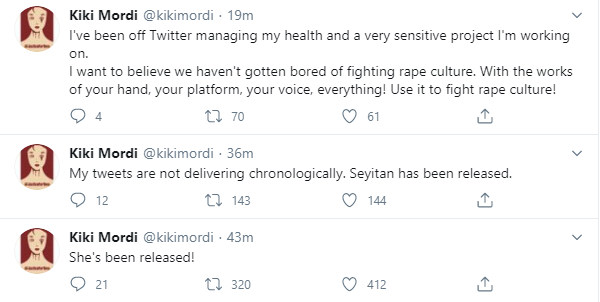 Tags:Lady who accused D'banj of rape released after being arrested
Share:
Facebook0Tweet0LinkedIn0Pin0