On Wednesday morning, Ms Seyitan Babatayo, released a press statement detailing the timeline of events since she came forward with her story of being allegedly raped by singer D’Banj.

Early this month she accused D’Banj of forcing his way into her hotel room and raping her in 2018, and in her new statement she has now added more details of events since she made her allegations.

If you haven’t read her statement, 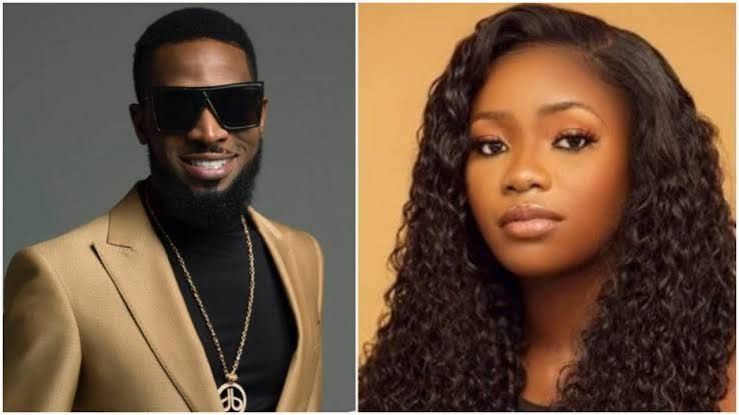 In summary of the statement, according to Ms. Seyitan Babatayo,
– Dbanj raped her
– After her public confession, she was arrested without a warrant but her mother was not arrested. The policemen who arrested her pretended to be delivery agents.
– She was kept in a cell for 2 days
– She was released to D’banj and his team who took her somewhere secret and intimidated her, forcing her to delete her tweets and bragging he could buy anyone in the Lagos justice system.

ALSO READ: “I was arrested by police officers pretending to be delivery agents” D’banj’s rape accuser Seyitan Babatayo releases statement as she addresses all that has happened since she came out with her claim

Nigerians, have now taken to social media to react to her allegations. 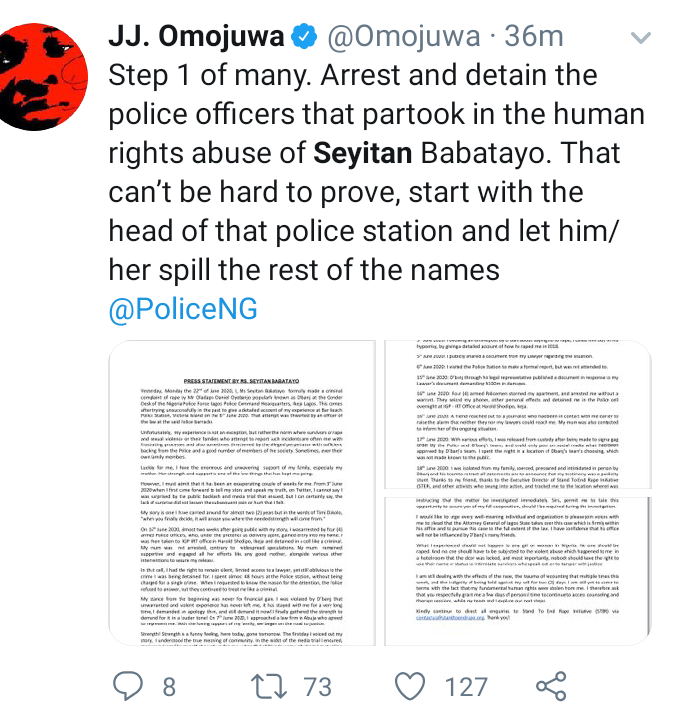 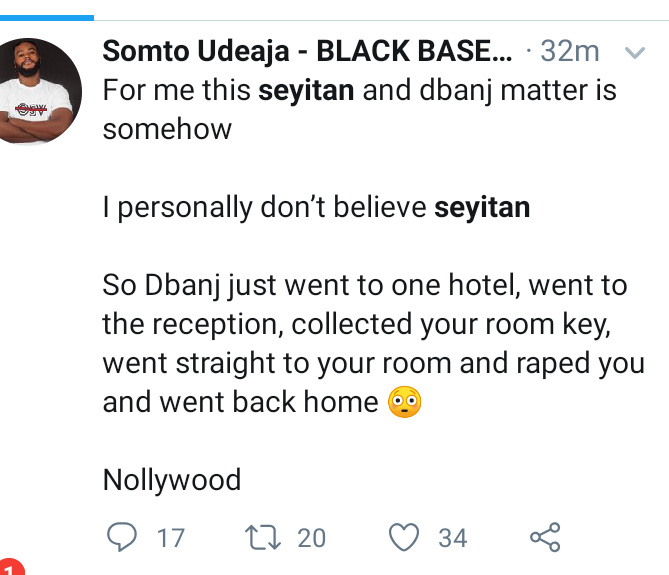 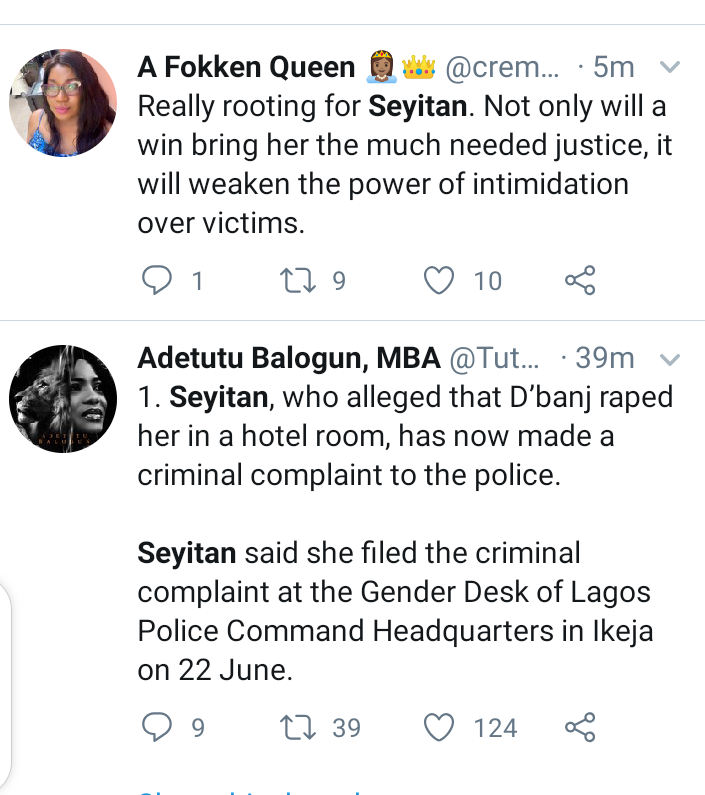 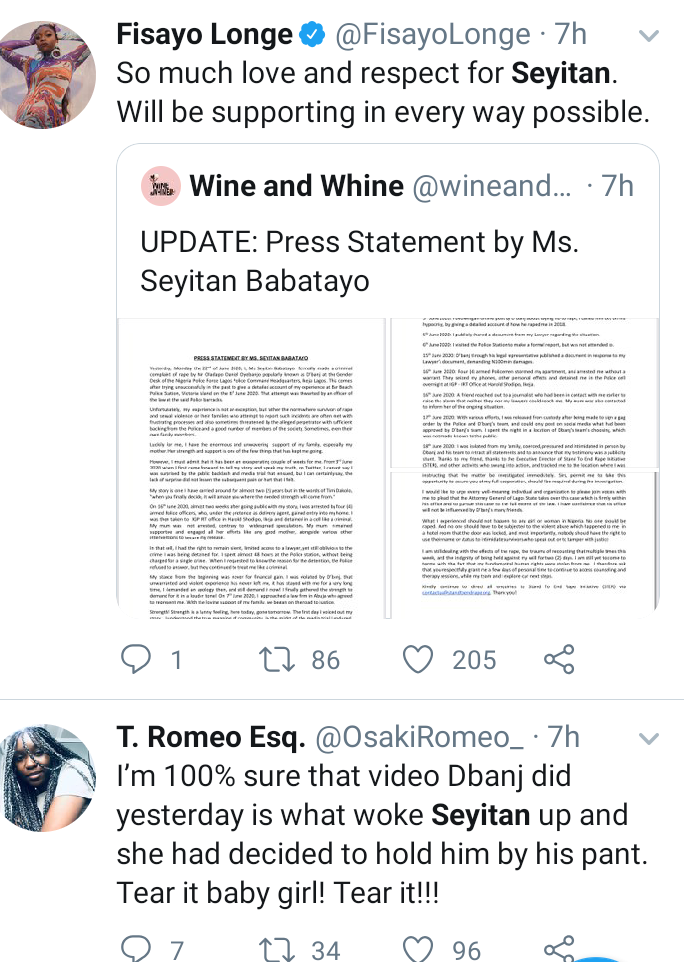 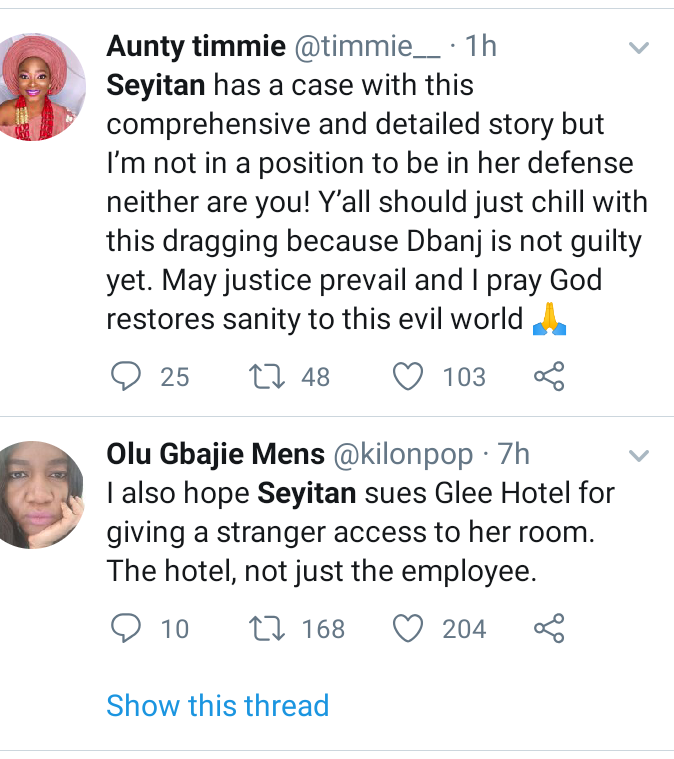 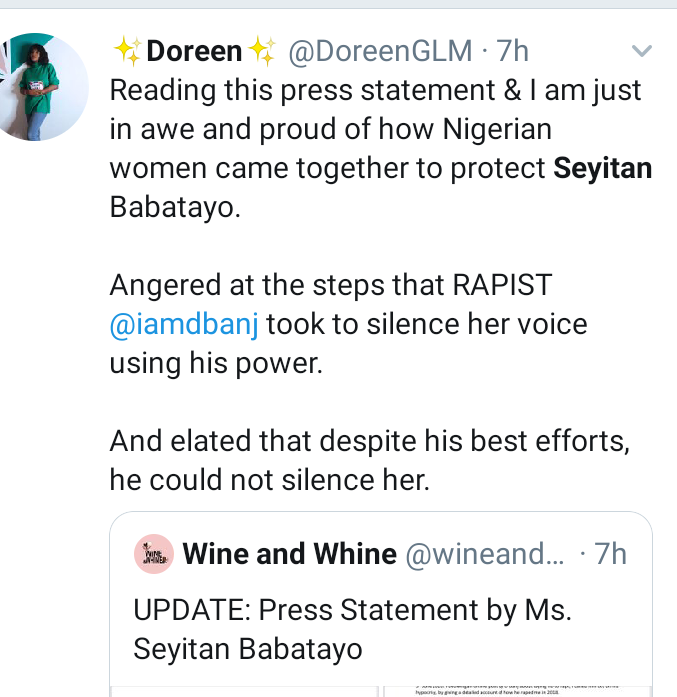 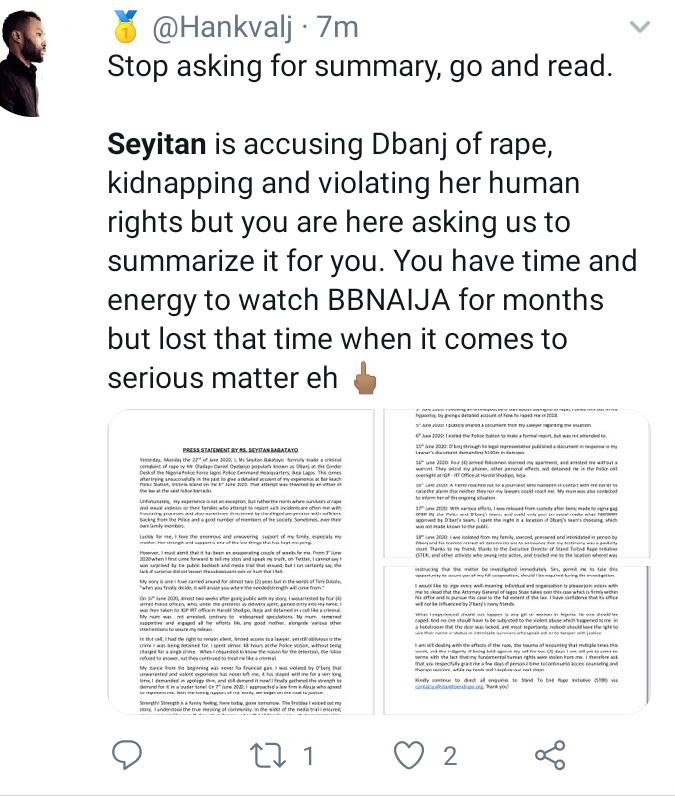 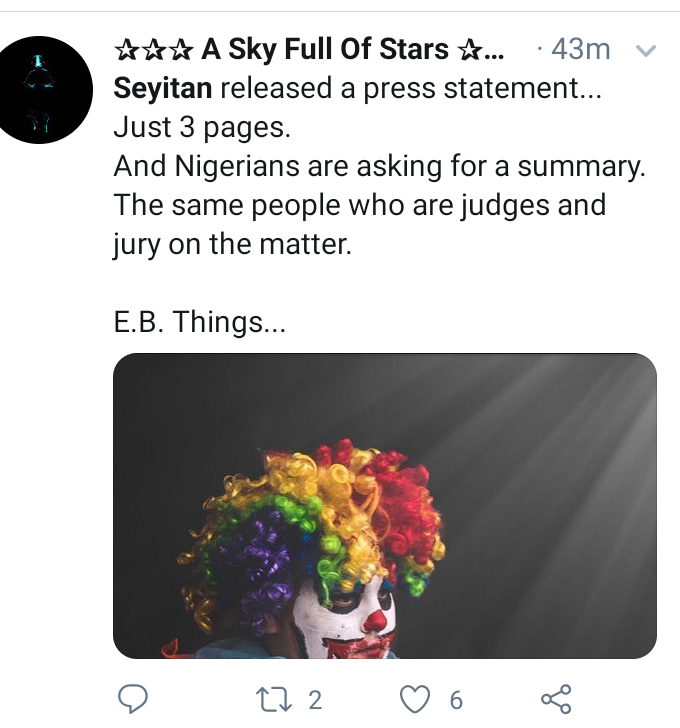 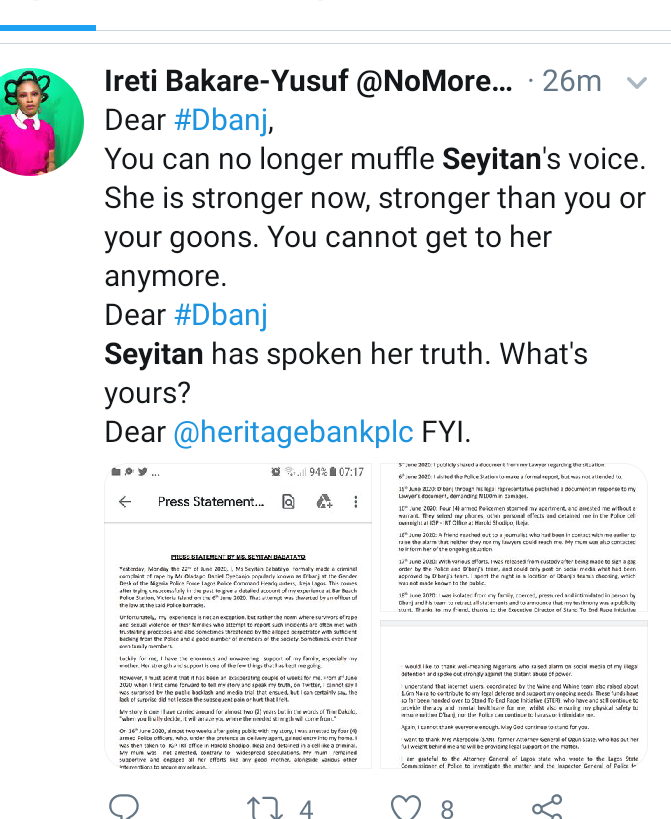 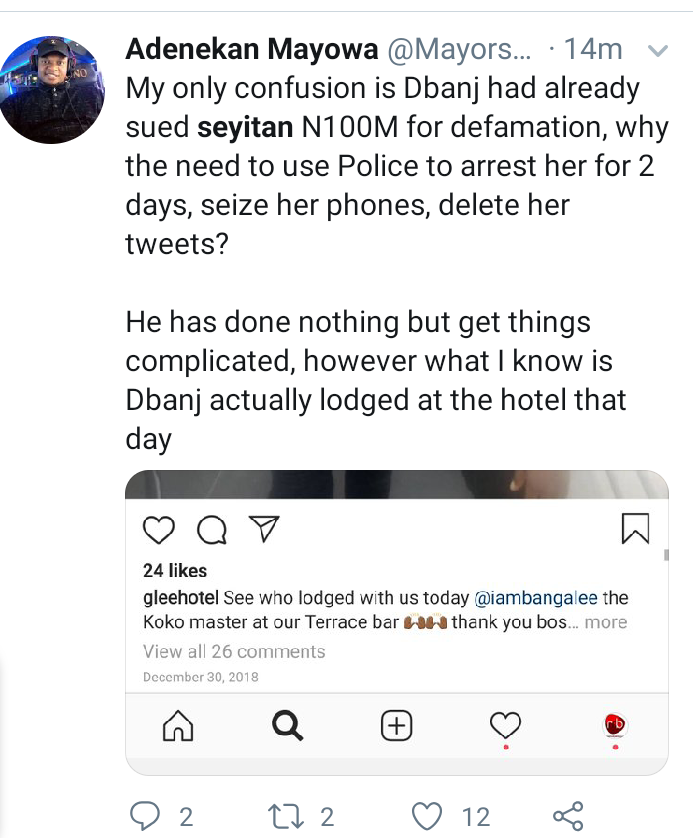 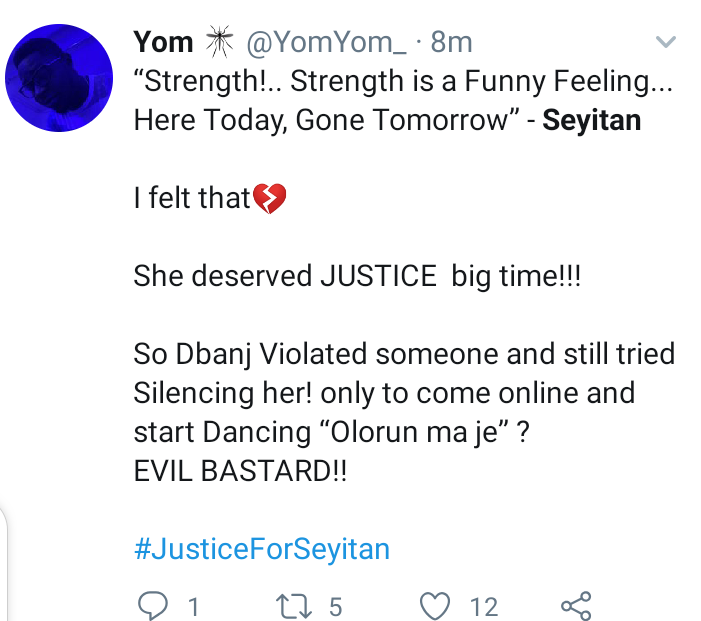 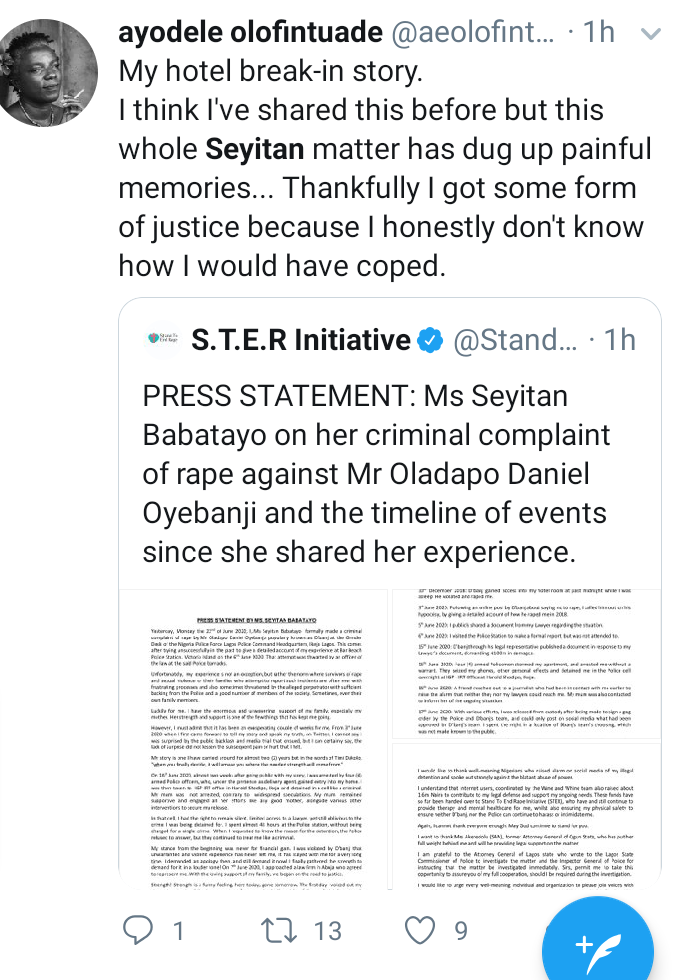 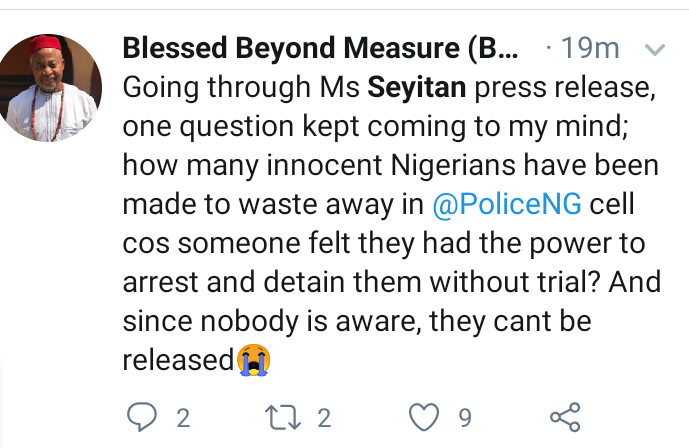 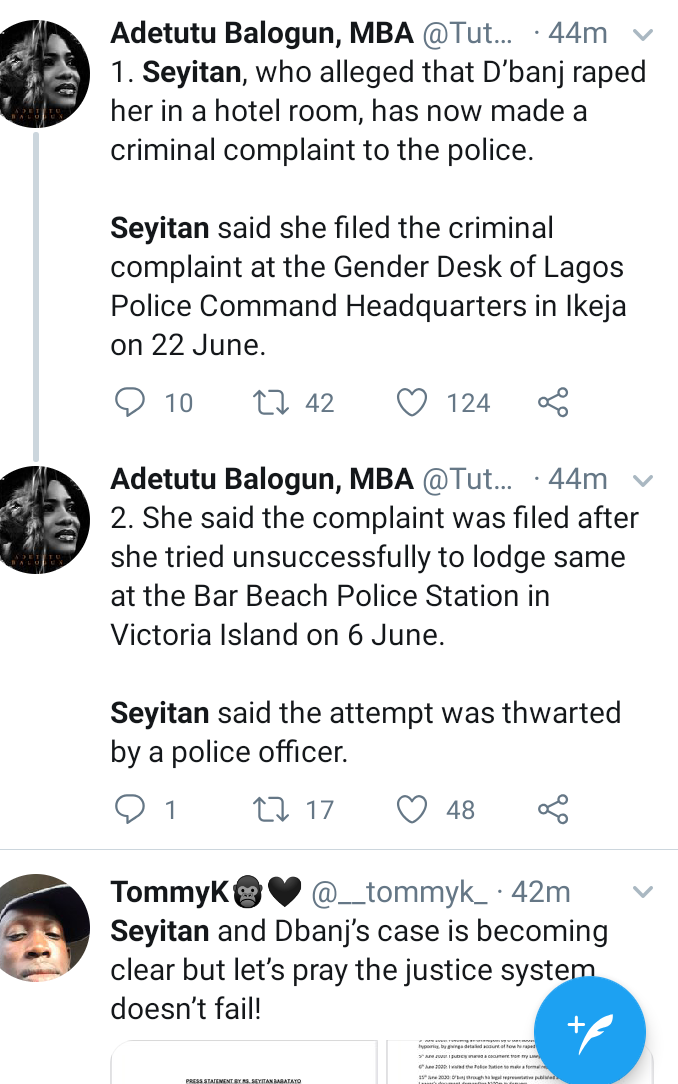 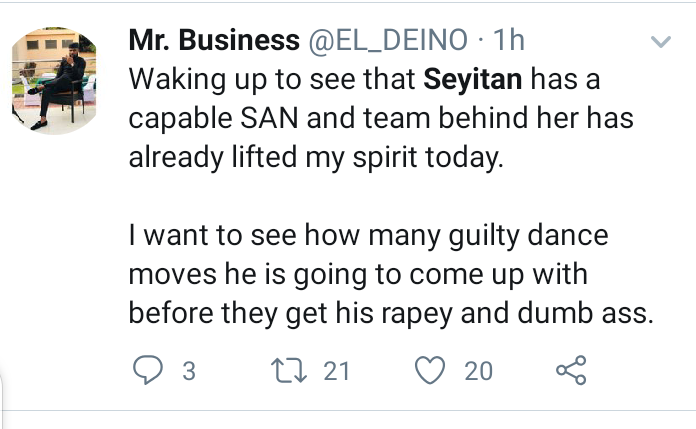 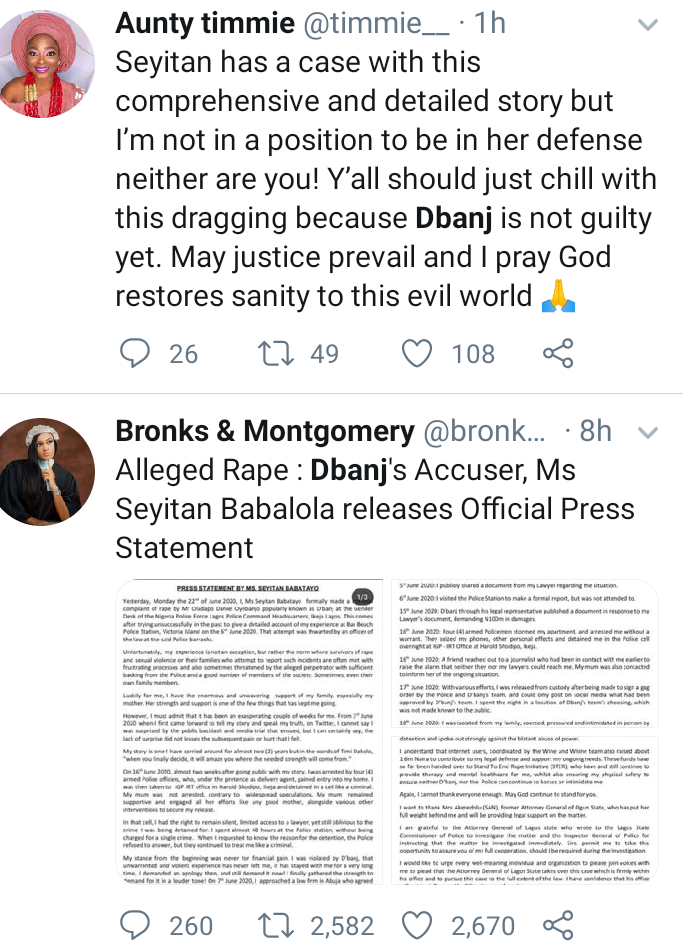 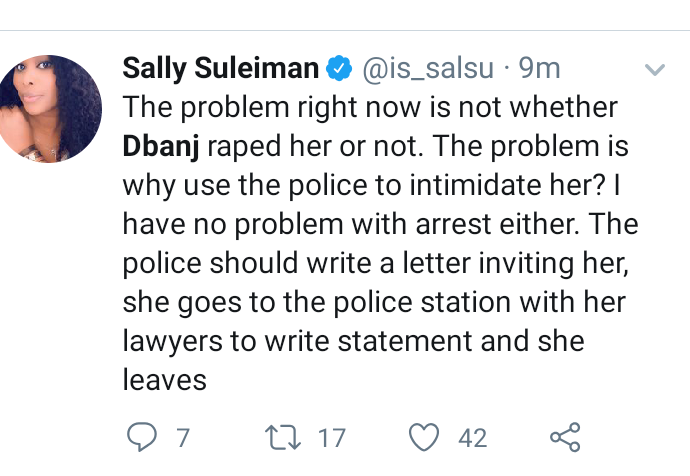 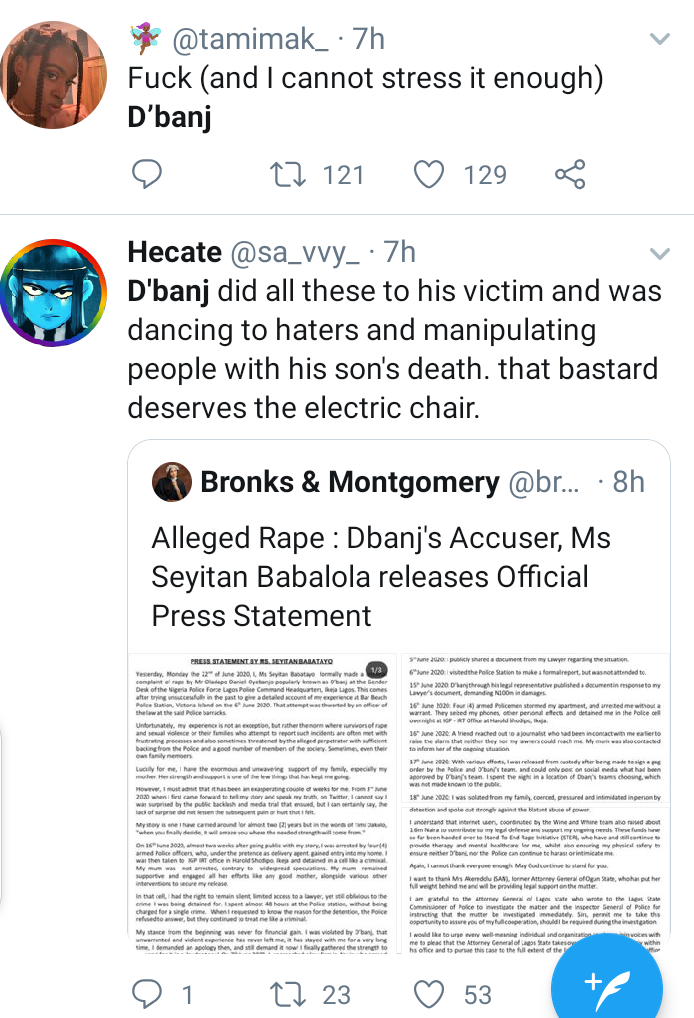 Naira Marley: Nigerians react to letter the CEO of Executive Jet sent to Minister of…