Tsimikas agreed to a five-year contract with Liverpool and is expected to provide back-up for first-choice left-back Andy Robertson at Anfield.

Reds boss Jurgen Klopp moved for the 24-year-old after opting not to pay Norwich’s asking price for their Northern Ireland left-back Jamal Lewis.

Tsimikas is Liverpool’s first close-season signing and he told the club’s website: 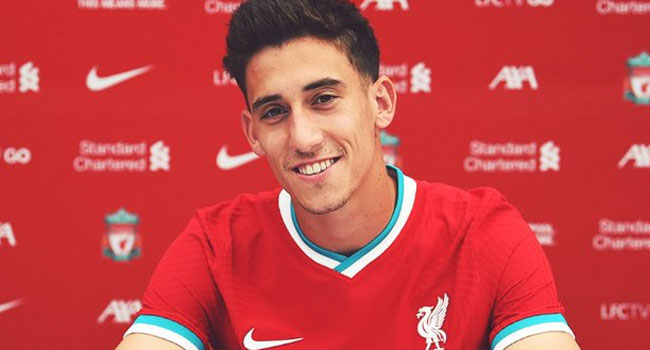 “I’m very happy, I’m very proud to be here. For me, (it is) the biggest club in the world.

“The league here, I like a lot. I watch it on the TV and it was always one dream I had from when I was a kid to come to play in this league.

“(I want) to achieve (our) goals. To win the league again and also to win the Champions League.”

Tsimikas, capped three times by Greece, made 86 appearances for Olympiakos in all competitions and has also had loan spells with Danish club Esbjerg and Dutch team Willem II.

He played 27 times in the league last season, winning the first major honour of his career as Olympiakos clinched the Greek title.

“We have watched Kostas for a long time and are really happy that he has joined us. It’s the perfect news before we come back together very soon,” Klopp said.

“He is a very good footballer with an attitude to win and to compete, and I really like his mentality. It fits perfectly with the mood and the desire we have in our dressing room already.

“Kostas knows from personal experience what is required to challenge and succeed domestically and in the Champions League, and he is ambitious for more, just like us.”

Covid-19 is proving exceptionally difficult to stop,” -WHO