He died at the New York Presbyterian Weill Cornell Medical Center in Lennox Hill. He was 71.

His death was announced by The White House but they did not give a cause.

Reacting to Robert’s death, Donald Trump said in a statement: “He was not just my brother, he was my best friend.

“He will be greatly missed, but we will meet again. His memory will live on in my heart forever. Robert, I love you. Rest in peace.”

Robert Trump, who took blood thinners, had experienced brain bleeds which began after a recent fall, according to a family friend.
President Trump went to Manhattan on Friday, August 14, to see his brother at the hospital.

“I have a wonderful brother,” the president said on Friday at a White House news conference before departing to visit him. “We’ve had a great relationship for a long time, from Day 1.” 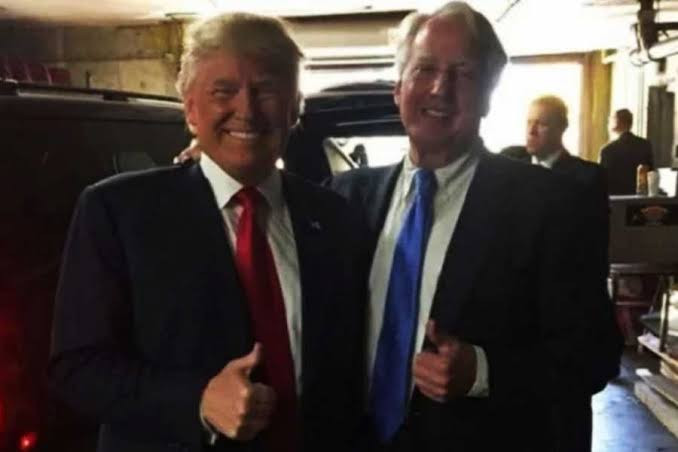 The two had in fact been estranged for years before Donald Trump’s run for the White House.

On Saturday, when Robert Trump was not expected to live much longer, the president called the hospital from his Bedminster, N.J., golf club, New York Times reports.

He shortly held a news conference but did not mention his brother’s health. Friends who spoke to him said he was downcast.

Robert Trump had no children, but he helped raise Christopher Hollister Trump-Retchin, the son of his first wife, Blaine Trump, even giving him his last name.

Robert is survived by his second wife, Ann Marie Pallan, his brother, Donald Trump, and his sisters, Maryanne Trump Barry and Elizabeth Trump Grau. His brother Fred Jr. died in 1981.