As part of her ongoing campaign to tackle America’s mass-incarceration problem, Kim Kardashian West is now fighting for the release of New Orleans rapper C-Murder. 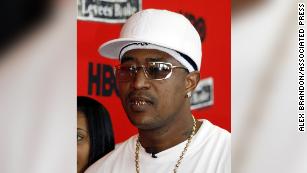 The rapper, whose real name is Corey Miller, is the brother of rap superstar Master P. In 2002, a fan of Miller’s was fatally shot in New Orleans, according to CNN affiliate WDSU-TV. Miller was convicted of the killing in 2009. Since the shooting, Miller has maintained his innocence.

“The jury convicted Corey 10-2 and he was sentenced him to life in prison. If his trial was today, the jury would have had to be unanimous for him to be convicted,” Kardashian West said in a series of tweets Sunday.
“Since his trial, witnesses have recanted, new evidence of his potential innocence has come to light, and there are claims of jurors being pressured into voting to convict.”

The two witnesses both said in 2018 Miller wasn’t the shooter and that they felt pressured to lie under oath, WDSU reported.

“True justice for the young man requires that the person who actually killed him be held responsible and that Corey Miller be returned home to his kids,” Kardashian West tweeted.

She said she is teaming up with singer Monica, who was dating Miller at the time, to fight for the rapper’s release.

“Corey deserves to come home to his girls and be the father they need, be the artist & leader he’s always been as well as spread hope to those who have also experienced this,” Monicasaid in an Instagram post.

Kardashian West has been fighting for criminal justice reform.
She made headlines in 2018 when Alice Marie Johnson, a first-time nonviolent drug offender who’d been serving a life sentence since 1996, was freed from prison after President Donald Trump commuted her sentence. Her freedom came just days after Kardashian West pleaded Johnson’s case to Trump.
Since then, Kardashian West has been committed to prison reform. She even started studying to become a lawyer last year and has helped commute the life sentences of more than a dozen first-time nonviolent drug offenders.
In April, the documentary “Kim Kardashian West: The Justice Project” aired on Oxygen showing the work behind her criminal justice reform initiative.
Kim Kardashian West Teams Up with singer Monica to free rapper C-Murder