Governor Bello Matawalle has turned back a young man trekking from Kaduna to Zamfara to show love for him.

Recall that Musa Umar Giwa had on Thursday, embarked on a trek from his village in Giwa Local Government Area of Kaduna State to Zamfara to show solidarity with Governor Matawalle.

However, in a tweet via his handle on Friday September 26, Governor Matawalle expressed gratitude but asked the young man to discontinue the dangerous adventure.

“I appreciate the solidarity of the courageous youngman said to have embark on long trek to honour me. As a father, I want to discourage young people from such dangerous adventures, I sincerely hope he discontinue the trek and channel his energy into a more productive activity.” The governor said. 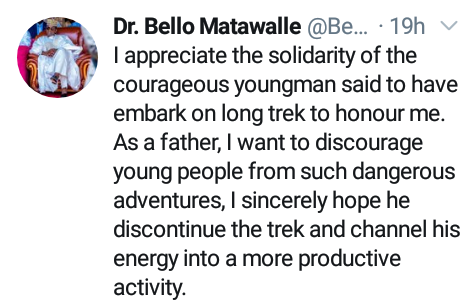 The young man insists on continuing the journey even if he encounters robbers. He reposted the governor’s tweet writing,

“The Governor of the owner has passed this account and the journey is no hair by the grace of God, even if it will be a robbery of my robbery, I will be there by God” 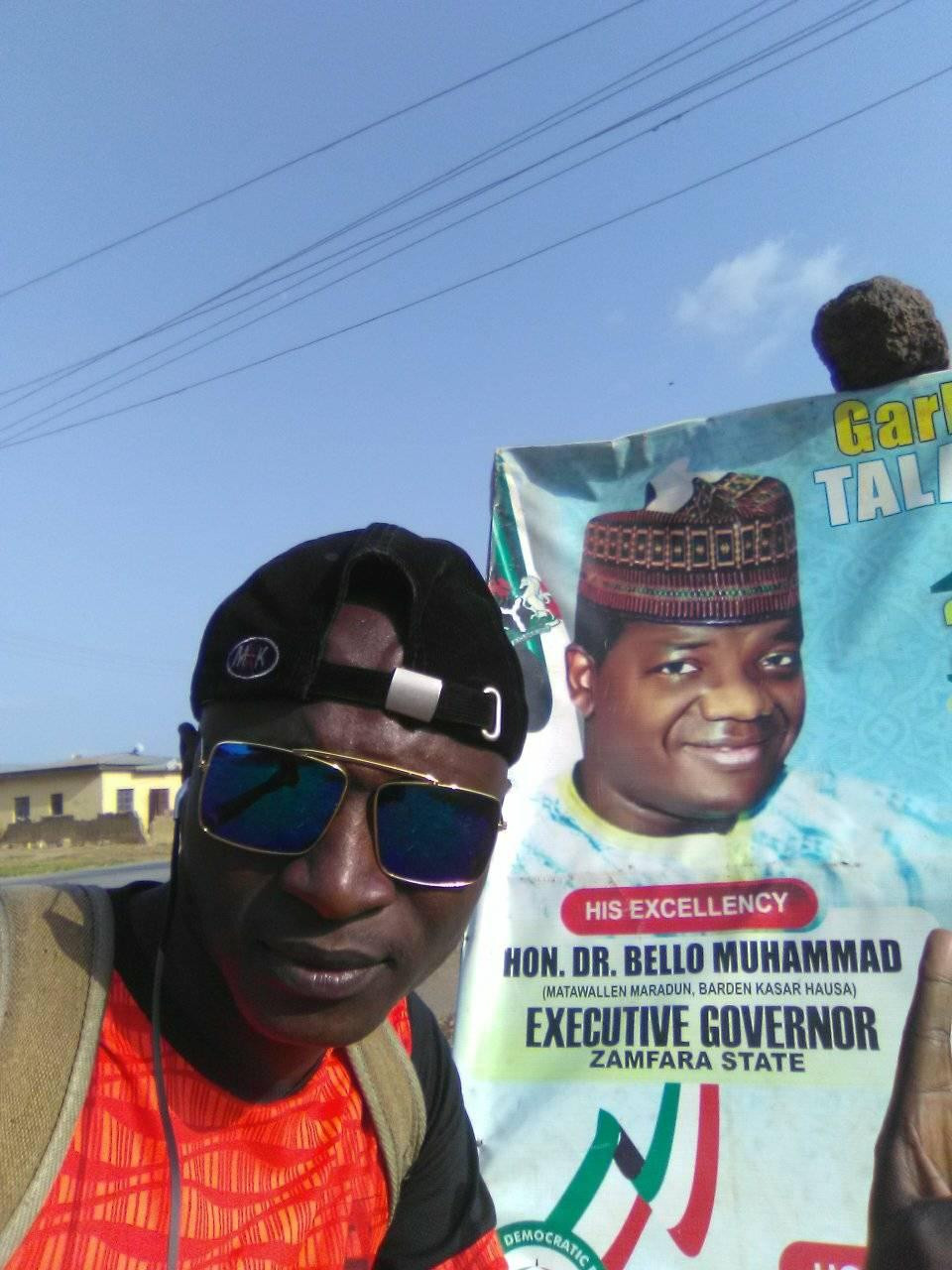