Mavin Singer, Rema is currently trending on Twitter for going on a lengthy rant on his handle to let out some personal matters.

The singer through a  series of tweets he shared accused some of his friends of neglecting him when his late brother died. He also wrote about not being comfortable around people who only love him because it’s beneficial to them.

Rema also hit out at some of his friends who didn’t want to see him win in life and
those who labeled him ‘proud and rude‘ after finding fame.

The Twitter rant comes 24 hours after he performed at the BBNaija lockdown finale.

Read his tweets below. 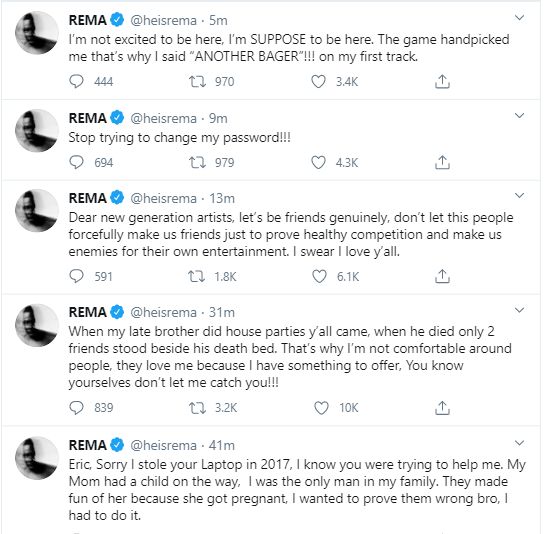 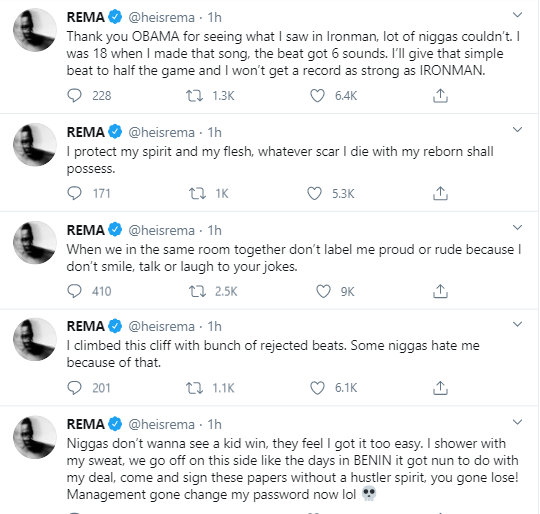 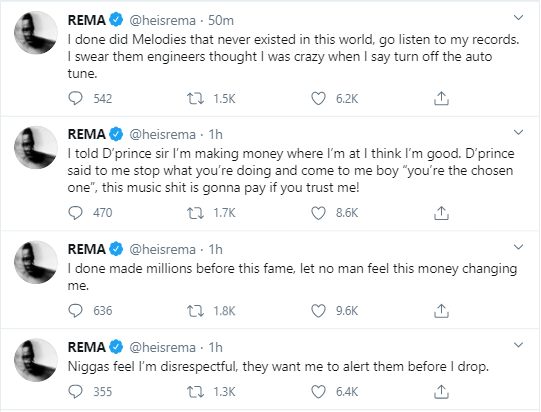 Flood sweeps man away in Ondo