The French government is envisaging a month-long national lockdown to combat the coronavirus resurgence which could take effect from midnight on Thursday, France’s BFM TV reported yesterday.

Macron is due to make a televised address at 8pm today which is expected to see a national lockdown imposed or a host of local measures and curfews extended.

His office did not comment on whether Macron would announce such a measure then.

The national lockdown under consideration would be ‘more flexible’ than the strict restrictions on movement imposed in France in March this year, reported BFM TV.

France has had a big spike in the number of daily deaths from COVID-19, recording an additional 523 deaths in 24 hours this evening, the highest daily death total since April. 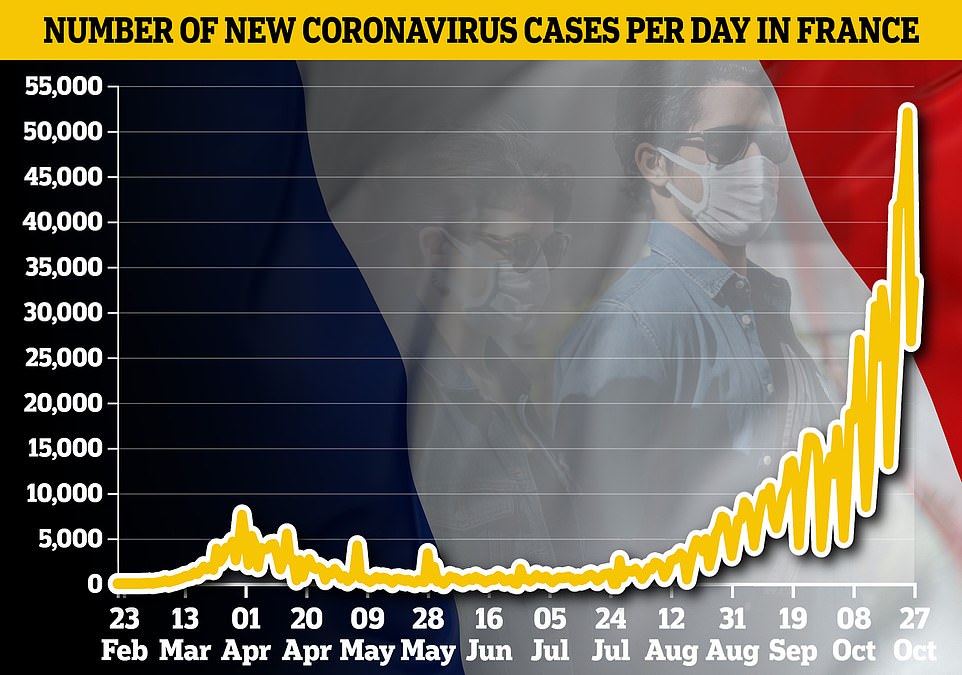 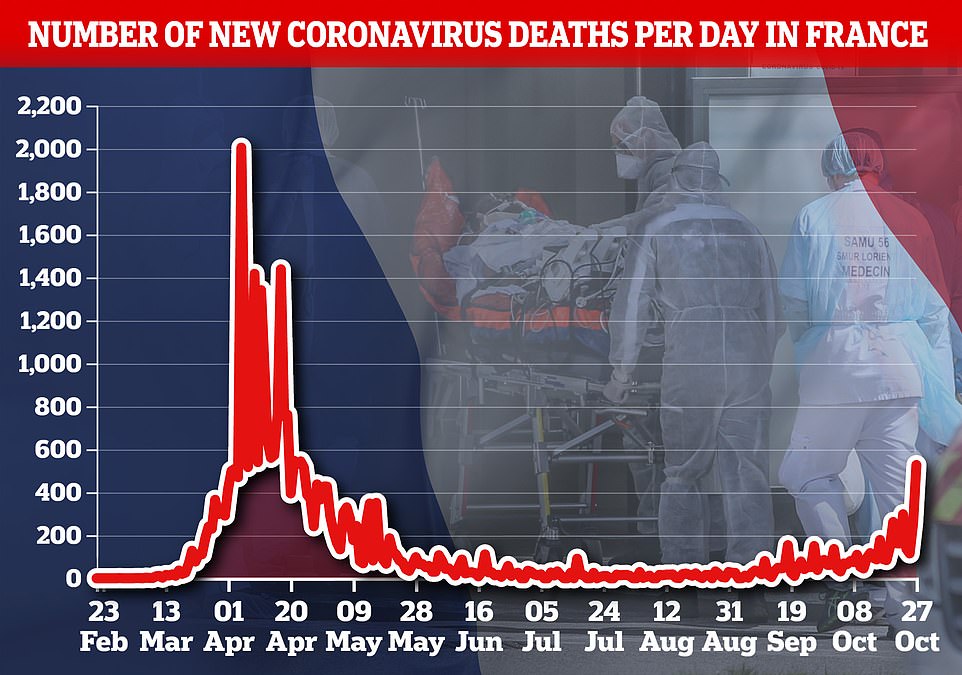 Spain and Italy have both seen infections increase to record levels along with those in France, Britain and other countries, although the Czech Republic and Belgium have the highest rates of any major countries in Europe

Customers are seen outside ‘Le recrutement’ restaurant few minutes before the nightly curfew imposed to curb the spread of the coronavirus in Paris, France, October 27

I Have No Plan To Remarry – Angela Okorie

‘DNA Test Shows My Daughter, Mitchell Is Not Mine’ – Duncan Mighty