Common, 48, has unfollowed his girlfriend Tiffany Haddish, 40, on Instagram, sparking breakup rumors three months after they confirmed their relationship. 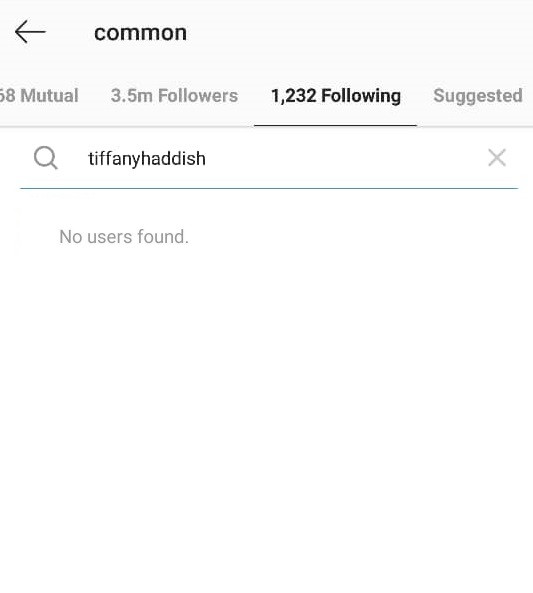 The unfollowing comes days after Tiffany posted a cryptic message about her exes and called them ‘f**k boys.’

The Girls Trip star, who still follows the rapper on Instagram, wrote: “THIS IS FOR MOST OF MY EXS [sic]. BITS AND PIECES ARE FOR DIFFERENT ONES.”

“I am sick of my ex F–k Boys and yes YOU still a F–k boy even if we was in a relationship cause you still was trying to f–k when it was over. Boy. Stop reaching out to me trying to be my friend, I don’t want to be your friend. Plus you got a whole woman and Babies on they way and we been done for years. But you want a windfall of money, and want me to make that wind go? Huh hahaha if I thought that would remove you from my entire life I would. Just act like I never said I love you.”

“Cause who I was loving wasn’t the real you. When the real you showed up I was disappointed and disgusted. [vomit face emoji] so please go away forever. PEACE AND HAPPINESS BE UPON YOU AND YOUR FAMILY.” 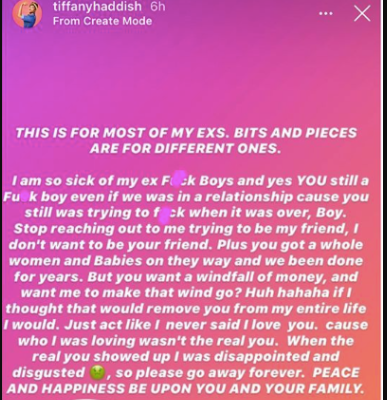 Tiffany and Common first spark relationship rumours after they were spotted at a Black Lives Matter protest with Megan Thee Stallion in June.

In August, Tiffany confirmed their relationship during an appearance on Steve-O’s podcast Wild Ride.

‘We’re twins now,’ Tiffany said. ‘This is hands down the best relationship I’ve ever been in,’ she continued. ‘Knock on wood! I’ve lost 20 pounds since I’ve been in this relationship.

‘I feel more confident in me and it’s not him that’s doing it. I’m just way happier and it’s like knowing I got somebody that cares about me, that really has my back.

‘It seems like he does anyways. And I love it. I love him.’

Cynthia Morgan Signs Management Deal With US Based Management