Nigerian Rapper and Actor, Ikechukwu Onunaku celebrated his woman with beautiful words on her birthday.

Ikechukwu who only made his relationship public a few weeks ago shared a photo he took with her and wrote:

To the beauty that tamed the beast.

The queen that completed this king.

A very special happy birthday to you. 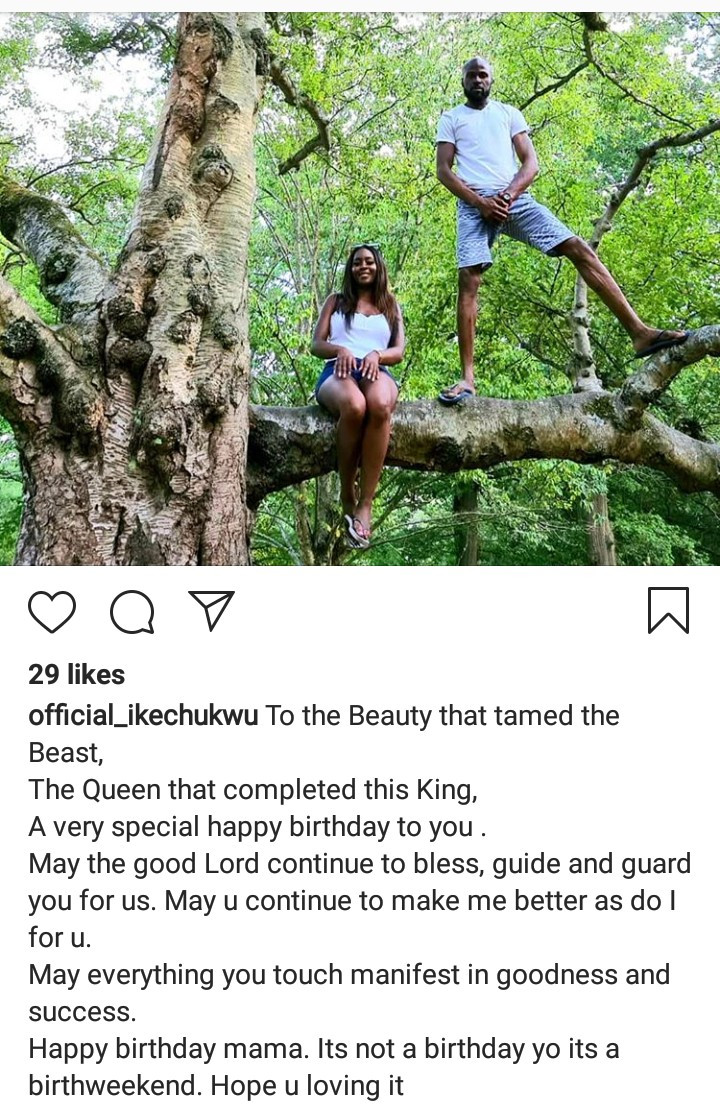 He deleted the post almost immediately after posting it. He had initially said he was keeping his relationship away from the public eye “for fear of what the world could possibly do to scatter us.”