Michelle Obama has weighed in on Donald Trump and Melania Trump’s refusal to move forward with a transition of power to the incoming administration.

The former US First Lady reflected on where she was four years ago and how angry she felt that Trump had won.

She stated that despite the fact that he had spread racist lies about her husband and put her family in danger, she and Obama invited the Trumps to their office and shared all they’ve learnt with them to help make their transition smooth.

“This week, I’ve been reflecting a lot on where I was four years ago. Hillary Clinton had just been dealt a tough loss by a far closer margin than the one we’ve seen this year. I was hurt and disappointed—but the votes had been counted and Donald Trump had won. The American people had spoken. And one of the great responsibilities of the presidency is to listen when they do. So my husband and I instructed our staffs to do what George and Laura Bush had done for us: run a respectful, seamless transition of power—one of the hallmarks of American democracy.

“We invited the folks from the president-elect’s team into our offices and prepared detailed memos for them, offering what we’d learned over the past eight years.

“I have to be honest and say that none of this was easy for me. Donald Trump had spread racist lies about my husband that had put my family in danger. That wasn’t something I was ready to forgive. But I knew that, for the sake of our country, I had to find the strength and maturity to put my anger aside. So I welcomed Melania Trump into the White House and talked with her about my experience, answering every question she had—from the heightened scrutiny that comes with being First Lady to what it’s like to raise kids in the White House.

“I knew in my heart it was the right thing to do—because our democracy is so much bigger than anybody’s ego. Our love of country requires us to respect the results of an election even when we don’t like them or wish it had gone differently—the presidency doesn’t belong to any one individual or any one party. To pretend that it does, to play along with these groundless conspiracy theories—whether for personal or political gain—is to put our country’s health and security in danger. This isn’t a game. So I want to urge all Americans, especially our nation’s leaders, regardless of party, to honor the electoral process and do your part to encourage a smooth transition of power, just as sitting presidents have done throughout our history.” 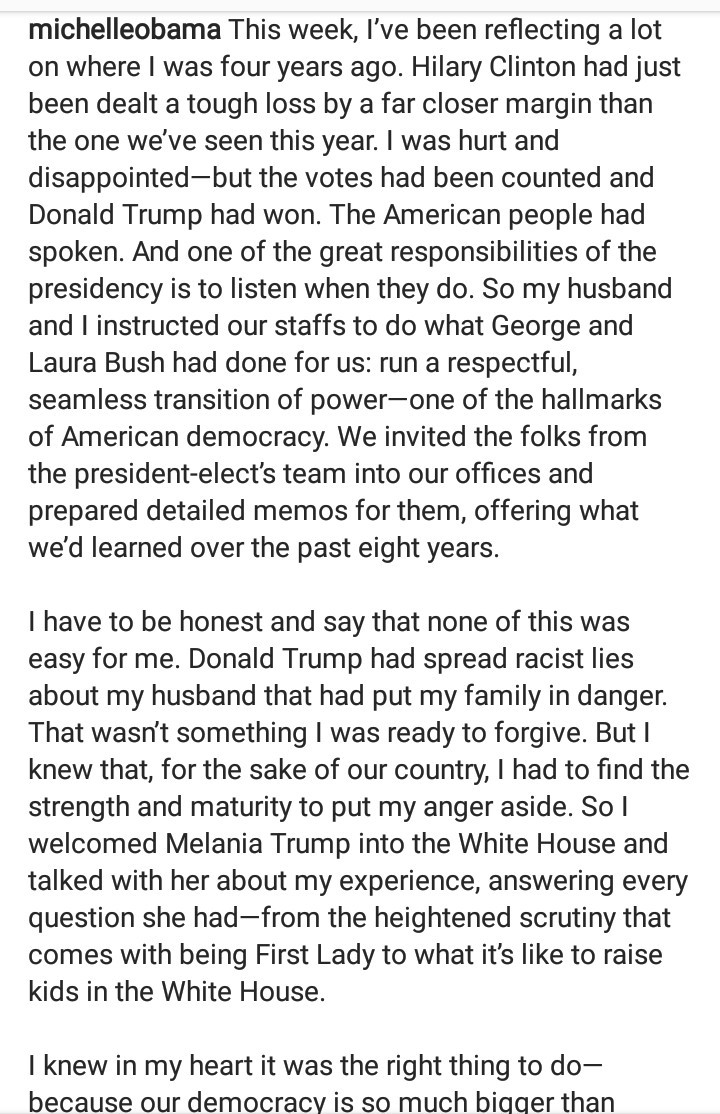 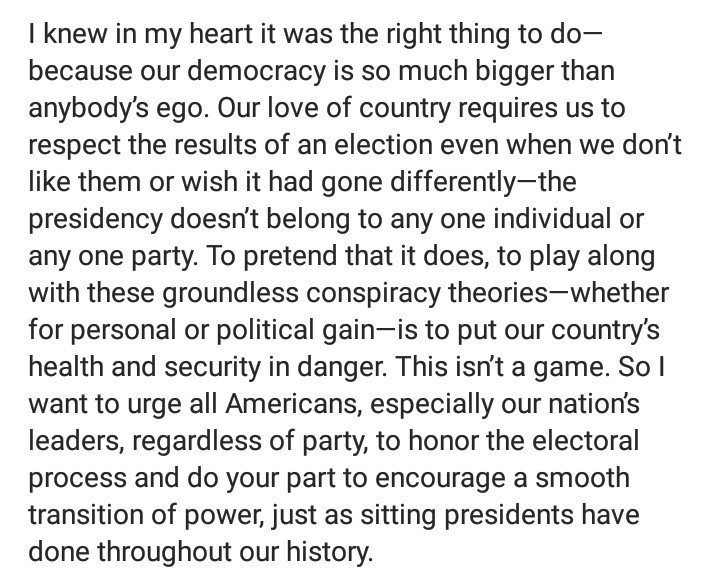 “We Are Not Going Anywhere” – Tiktok Replies Trump

Trump of US threatens to send military to shoot protesters, protesting Justice for George Floyd…