Ned Nwoko has responded after a follower told him his young daughter Julia Nwoko will one day marry a man as old as him.

The older billionaire had celebrated his wife, Laila Charani who he married when she was 20 years old and a follower left a comment alluding to the fact that Ned married all his wives when they were still very young and same will be his daughter’s fate.

“Your agement will marry your beautiful daughter Julia one day.”

“That is my prayer. She deserves a mature responsible honest rich man who will appreciate her every day.” 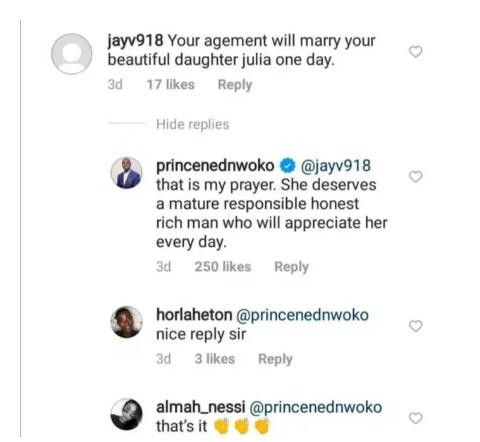 'DNA Confirms My 3 Kids Are Not My Biological Children' - Judge,High Court of Delta State