Nigerian player, Eberechi Eze, has been named Crystal Palace Player of the Month for January.
The award given to him on Monday, February 8,  was the second time the 22-year-old scooped the monthly accolade in his debut Premier League season after winning the prize in November.
He helped Crystal Palace win two of their five Premier League matches, scoring two goals. 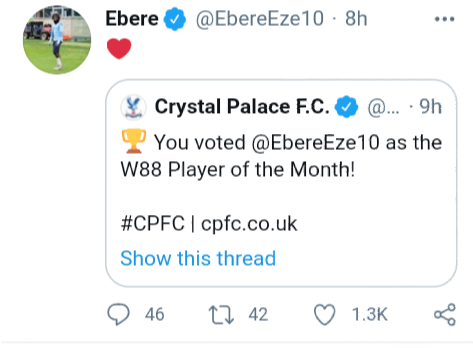 The fans gave him 36 percent of their votes to win the award while Vicente Guaita and Jairo Riedewald followed in the second and third spots respectively.