There was a stampede Thursday morning when a baboon escaped from its owner and attacked a 13-year-old girl in Awka, Anambra State of Nigeria.

According to the Anambra State Police PublicRelations Officer, Mohammed Haruna, a report was lodged at about 8:am at ‘B’division that a baboon from the Centre for Psychic and Healing Administration, under the management of one Mrs Flora Ilonzo of Agu-Awka escaped from the cage and inflicted injuries on one Chekwube Osita Dinma aged 13 years of same address on her legs.

The injured victim was taken to the hospital,treated and discharged while the monkey was returned to a more secure cage for public safety.

Also a statement has been obtained under caution from the owner of the baboon and she was granted bail on self recorgnition.

The victim’s father has equally made statement which has been recorded and investigation is still ongoing.

Meanwhile, the Command is collaborating with relevant government agencies in order to ensure that the animals at the Centre are securely kept to prevent a repeat of this kind of incident.

See the graphic photo below: 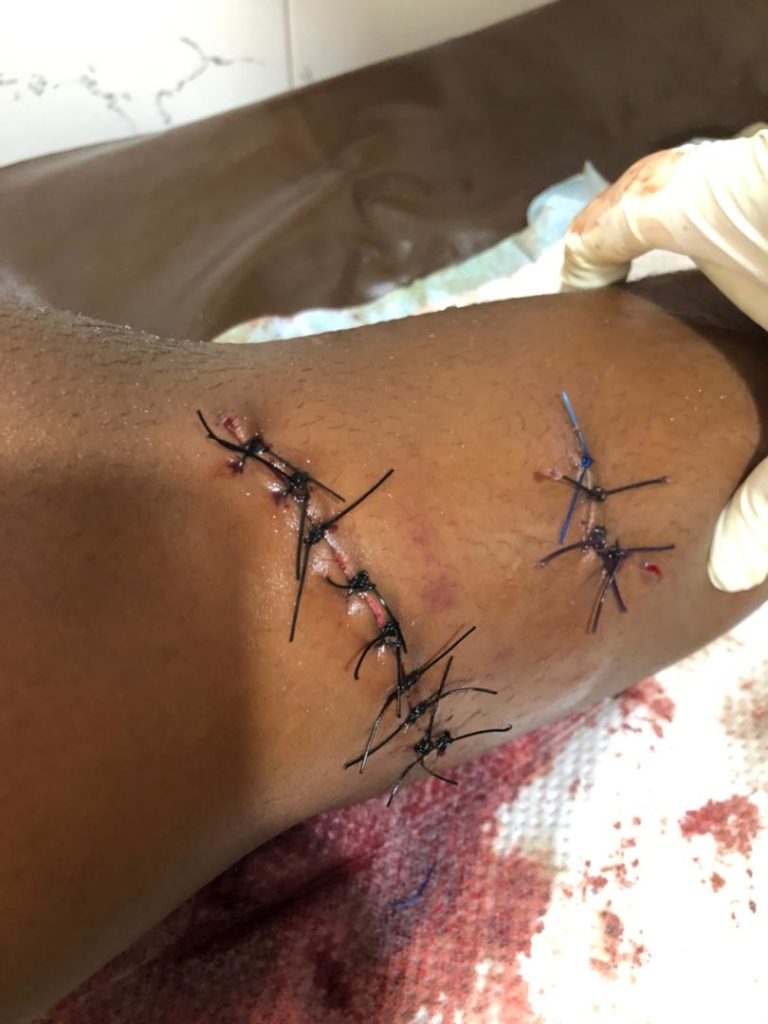