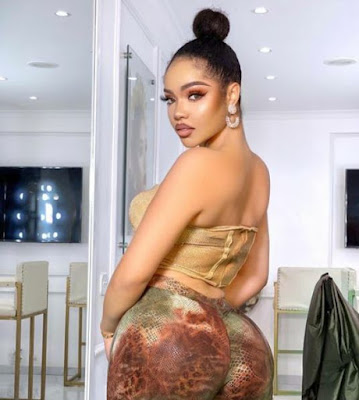 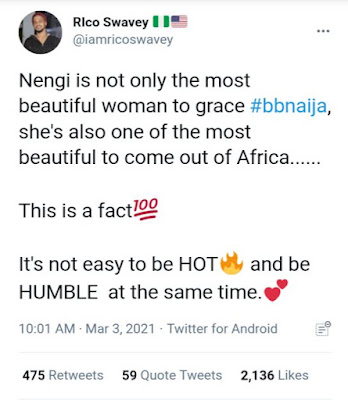 After much trolling from non-fans of the reality star, Rico tweeted again:

“No matter what you say on social media, people will find reasons to drag you…. Even if you type I LOVE JESUS. Somebody find something silly to drag you with.”
“Everyone is entitled to their opinions. That’s my opinion and I stand by it. You can agree or disagree. No love lost. This is not a comparison but my honest opinion. Love and light.”

Reacting to this, Nengi shared a photo with him a few hours later, with a short caption;

“I LOVE YOU FOREVER” 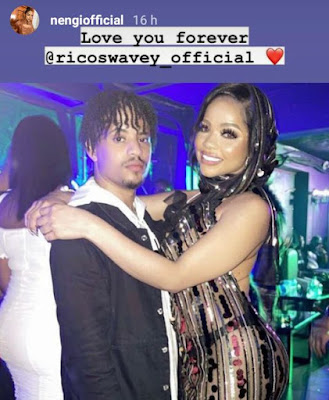 Tags:Nengi Reacts After Rico Called Her The Most Beautiful Woman In Africa
Share:
Facebook0Tweet0LinkedIn0Pin0

'Crossdressers are responsible for high rate of divorce in Nigeria' - Jaruma