Israel Adesanya has suffered his first career loss after he was defeated by Jan Blachowicz at UFC 259 in Las Vegas on Saturday night, March 6.

The New Zealand-Nigerian middleweight champion was bidding to become the fifth fighter to hold two UFC titles simultaneously after a 20 – 0 record.

In the fight, Adesanya showed a clear speed advantage against Jan Blachowicz. But Polish light-heavyweight took control during the final two rounds and defended his title via unanimous decision to claim victory.  All three officials awarded the bout his way, 49-46, 49-45, and 49-45. 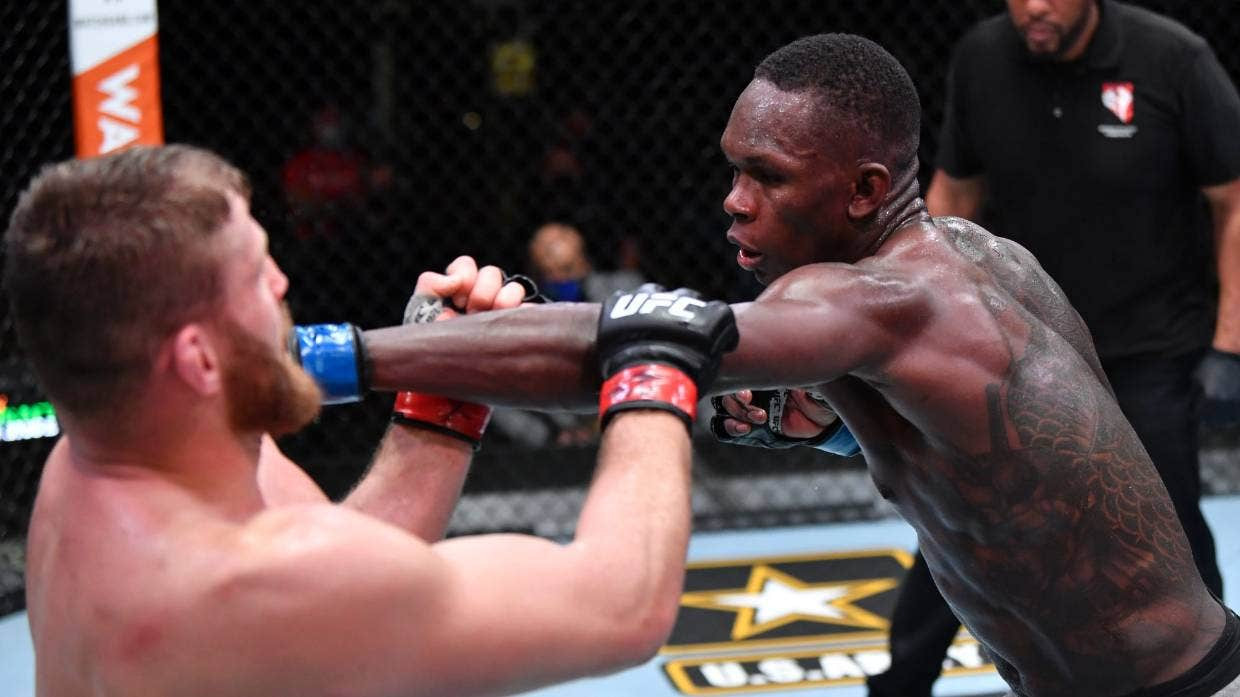 “Losses are part of life. Losses are something I deal with occasionally,” Adesanya told reporters, including MMA Junkie, at the post-fight news conference. “Just this is my first one in MMA. As I say, it is what it is. If I was going to lose to anyone, what better guy to lose to than a guy like Jan?

“(He’s) a classy champion, a cool dude, a very nice guy – a guy who has a great story in himself. On his way to getting cut from the company, comes back and then dominates and becomes the light heavyweight champion and then hands this guy, a future legend, his first loss. Yeah, if I was going to lose to anyone, I’m glad I lost to him.”

“(I have) no regrets,” Adesanya said. “Like I said, I don’t know. I feel like the boxing model has made it a bad thing to lose. Yeah, it sucks losing. Don’t get me wrong. But it’s not like the end of the world. Like I said, I’ve lost before in the past. … Right now, me and my team, we’re just excited to get home and work on certain little details.”

The Nigerian-born fighter started his career as a kickboxer in September 2011 and won his first five fights, before suffering his first and second losses in back-to-back fights in 2014.

He then went on to win his next 12 fights and won the King of the Ring 86 Cruiserweights Tournament twice and the heavyweights tournament once.

His winning run was ended by Brazilian Pereira at Glory of Heroes 1 in 2016 before he won another six fights in a row, capturing the Glory Middleweight Championship.

In 2012, Adesanya made his professional debut with a TKO win against James Griffiths and has since gone on to win 19 other fights before his loss to Jan Blachowicz.

BBNaija Ozo gets another endorsement

Reno Replies Man Asked Him “Who Is Bankrolling You?”

Gunmen Kidnap 15 Traders Traveling In A Commercial Vehicle In Katsina