A post on Reno Omokri’s Instagram, that’s reportedly from his wife, addressed a woman who called Reno her crush.

The follower, while commenting on Reno’s post, referred to him as “My crush”.

Reno took a screenshot of the woman’s reply and shared as a different post and the caption was signed off by Reno’s ‘wife’.

In the response, the wife made it clear that she has access to Reno’s social media accounts, reads his posts, and sees all the messages women send to him.

See the response below. 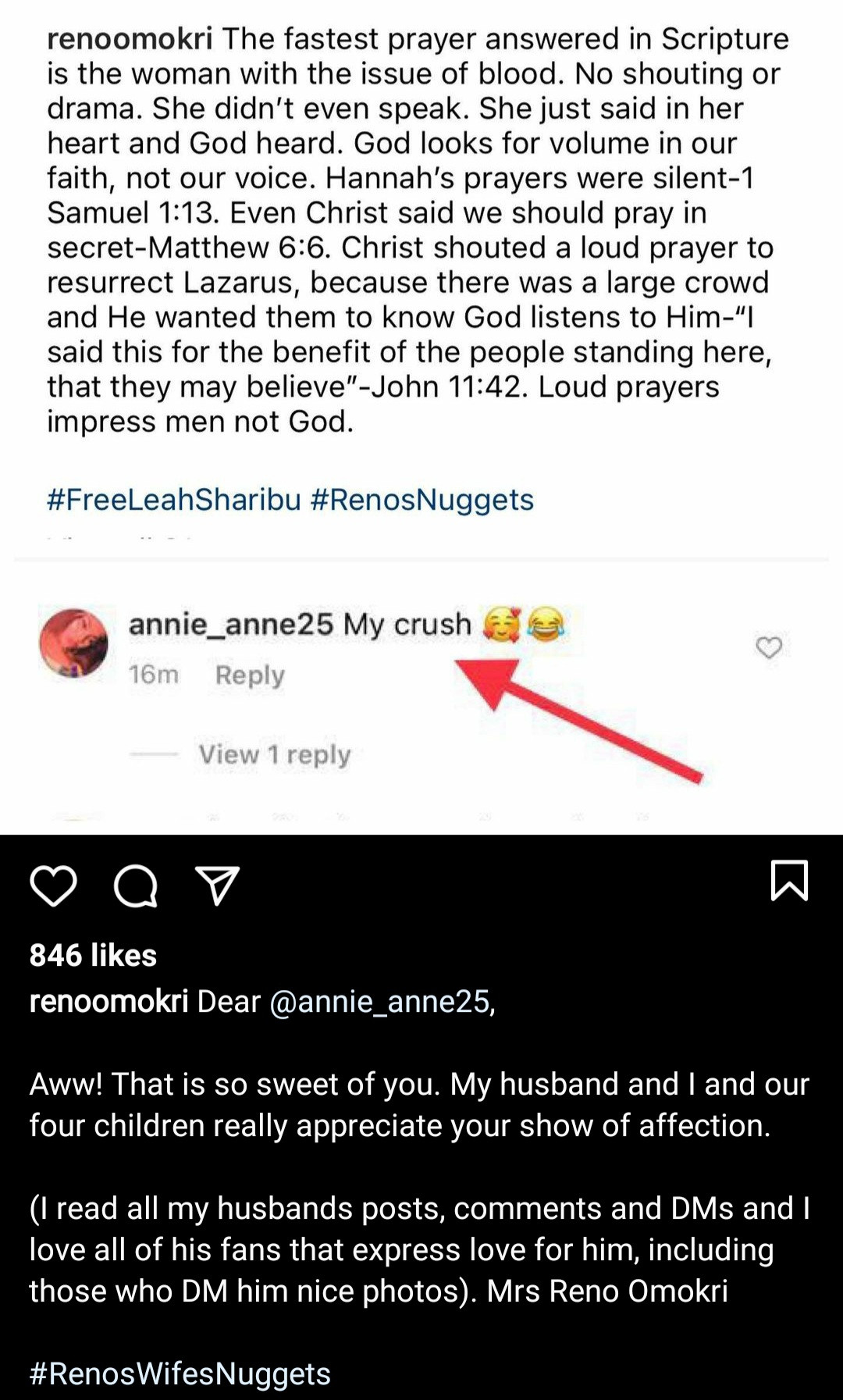