Iyabo Ojo has released her full chat with Yomi Fabiyi to show her followers that the part he shared, where she was apologizing to him, doesn’t show the full picture.

In the chats shared by Yomi, Iyabo apologized for exposing him to cyberbullies. Yomi said it’s his proof that she admitted to cyberbullying and he threatened her (read here).

But in the full chat released by Iyabo, it shows Yomi telling her about the “kind regard” he has for her and said he will be the last one to “come for your words or post”.

He told her he was hurt that she called him out for his words in a video where his utterances gave the impression that he was leaning towards supporting Baba Ijesha.

“When you see the video, knowing how much I value you, you should call me before attacking my stance,” Yomi told Iyabo and added that her post made people subject him to cyberbullying.

This is the point when Iyabo then said she was sorry he was cyberbullied but reiterated that she will keep speaking for the victim.

After sharing the full chat, Iyabo warned Yomi Fabiyi that she’s not the one to mess with. She warned him that he can’t make peace with her on WhatsApp then go online to use her name to chase clout.

See the full chat below. 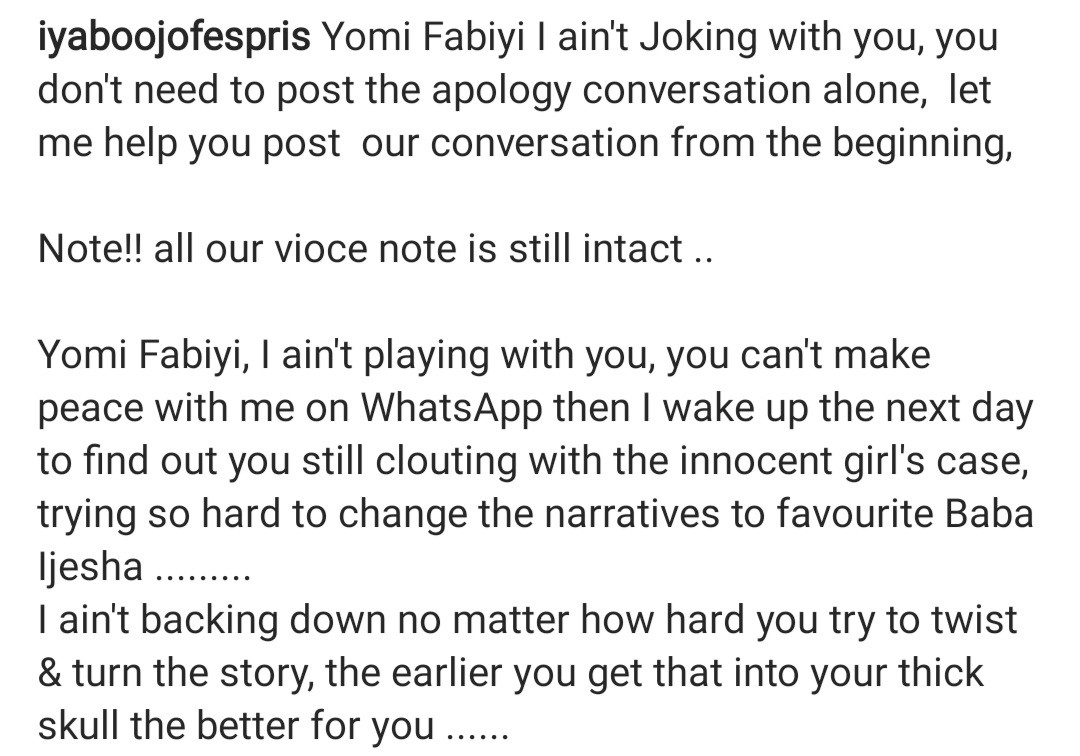 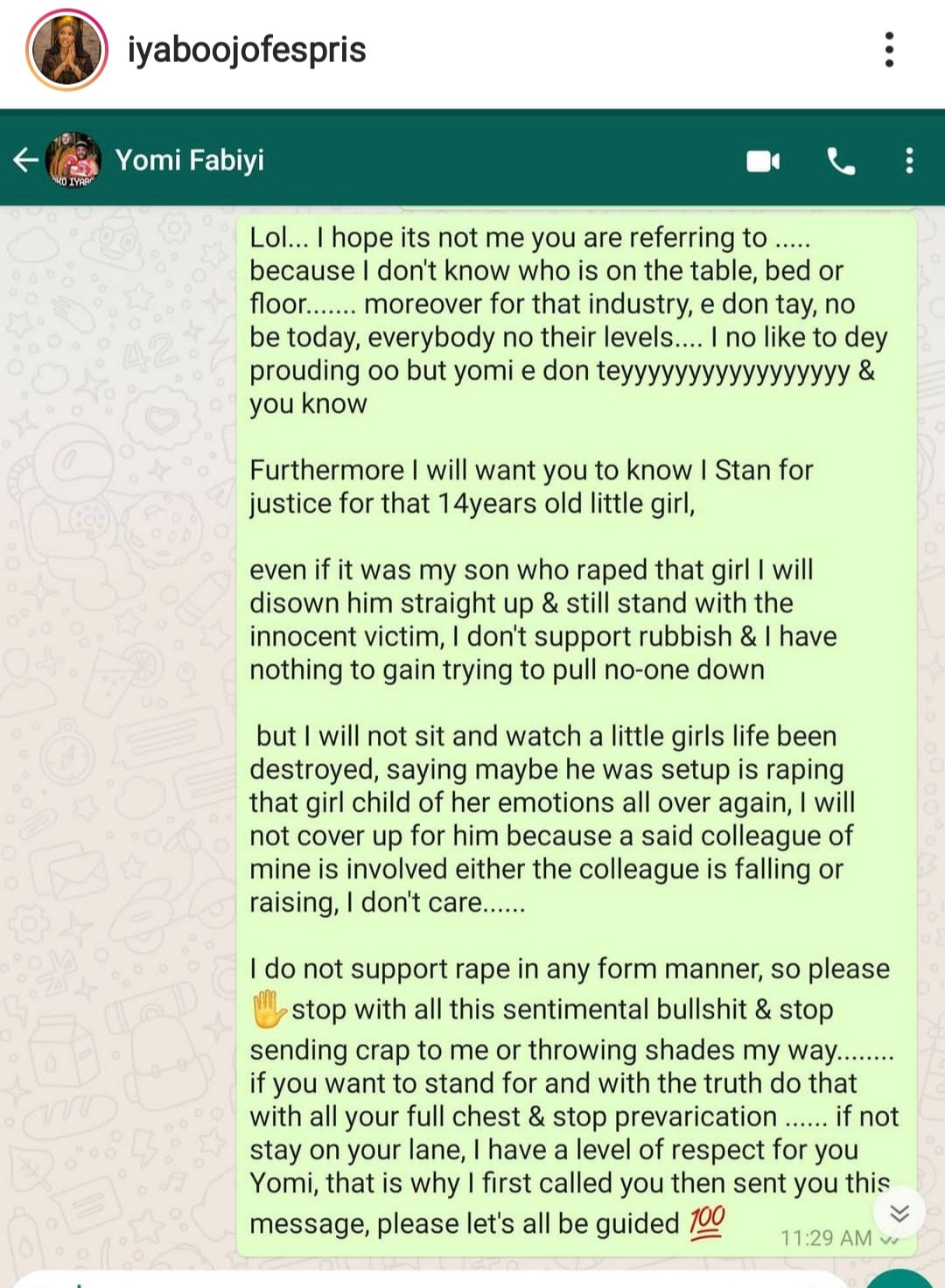 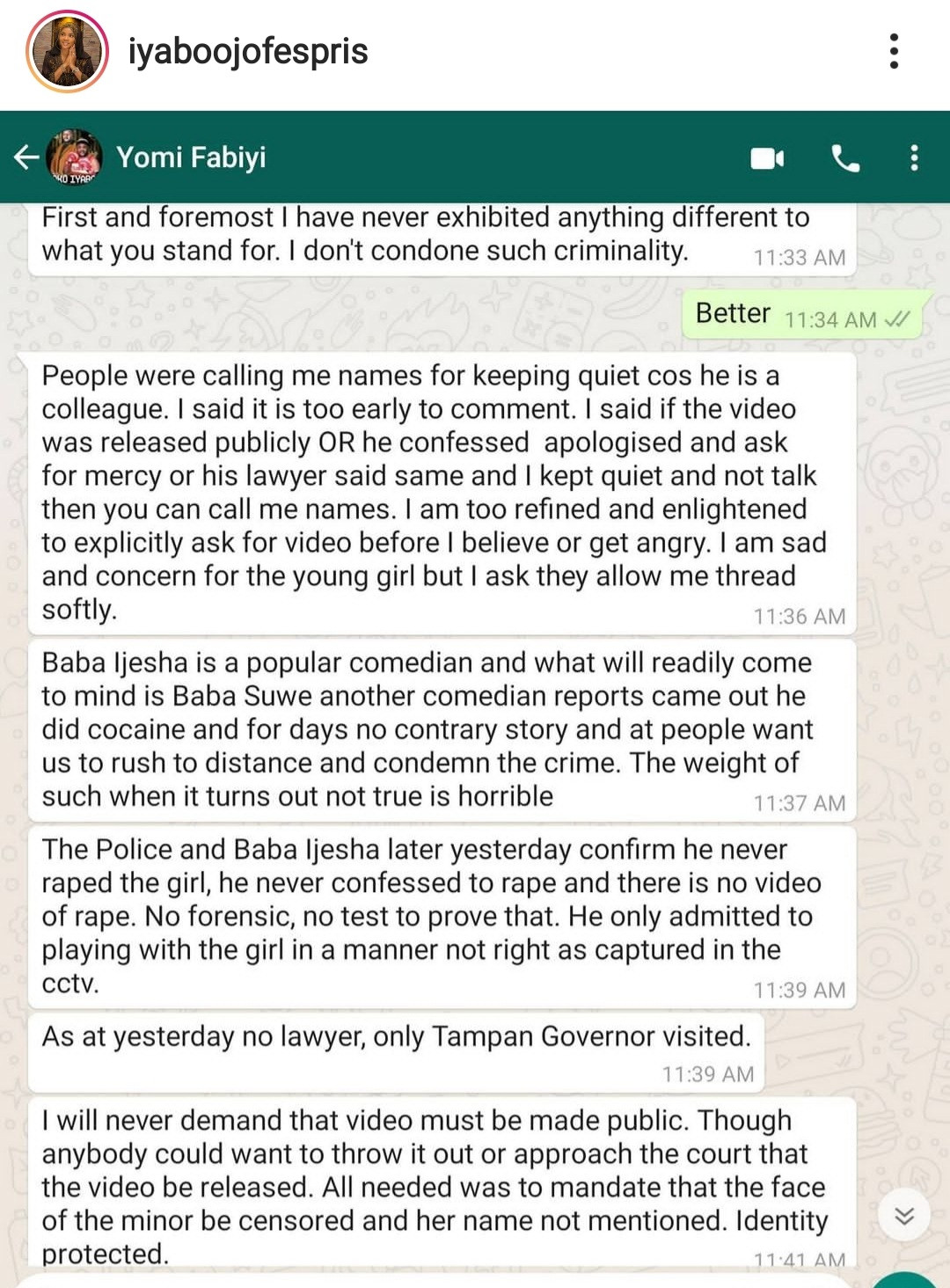 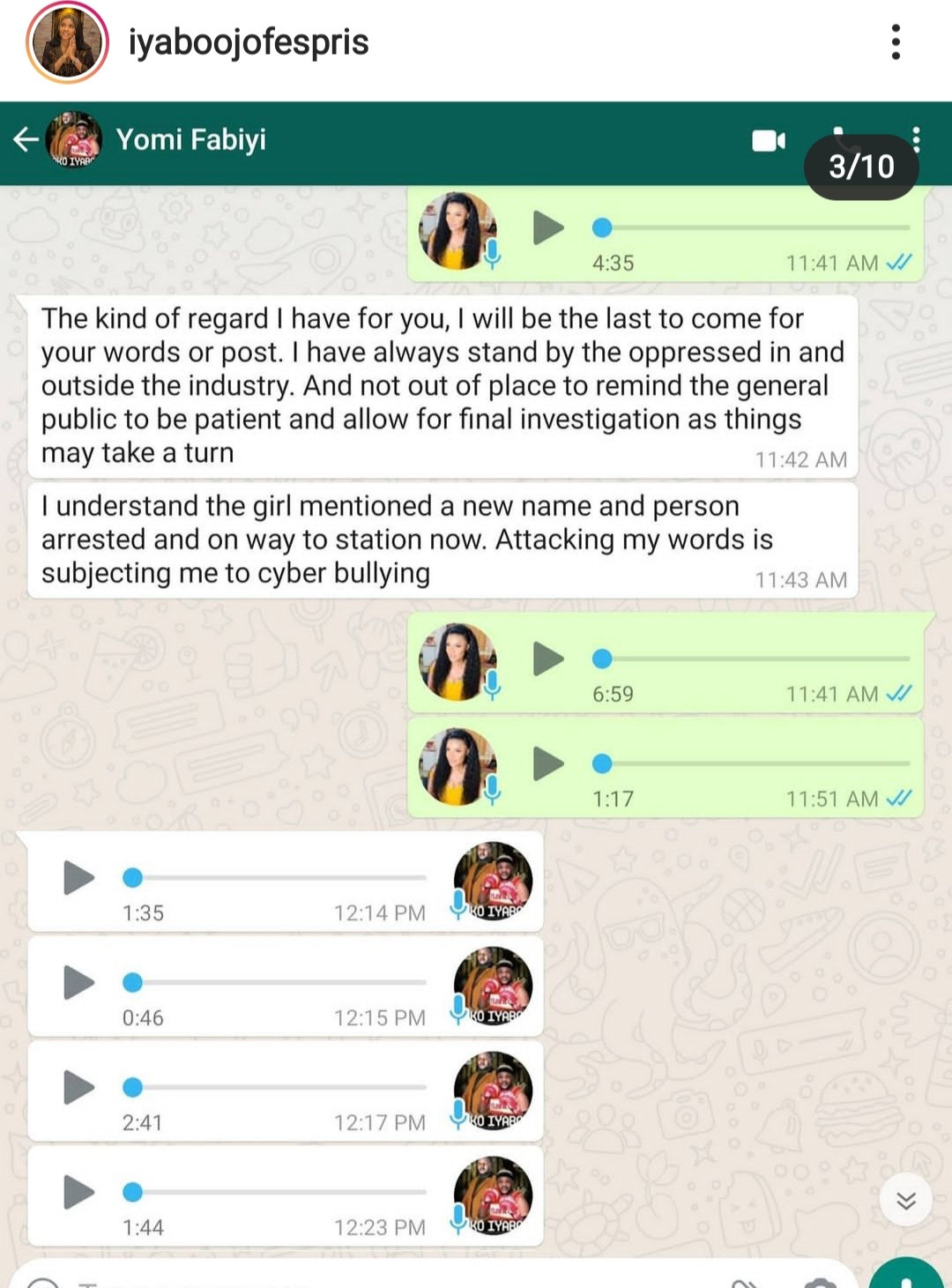 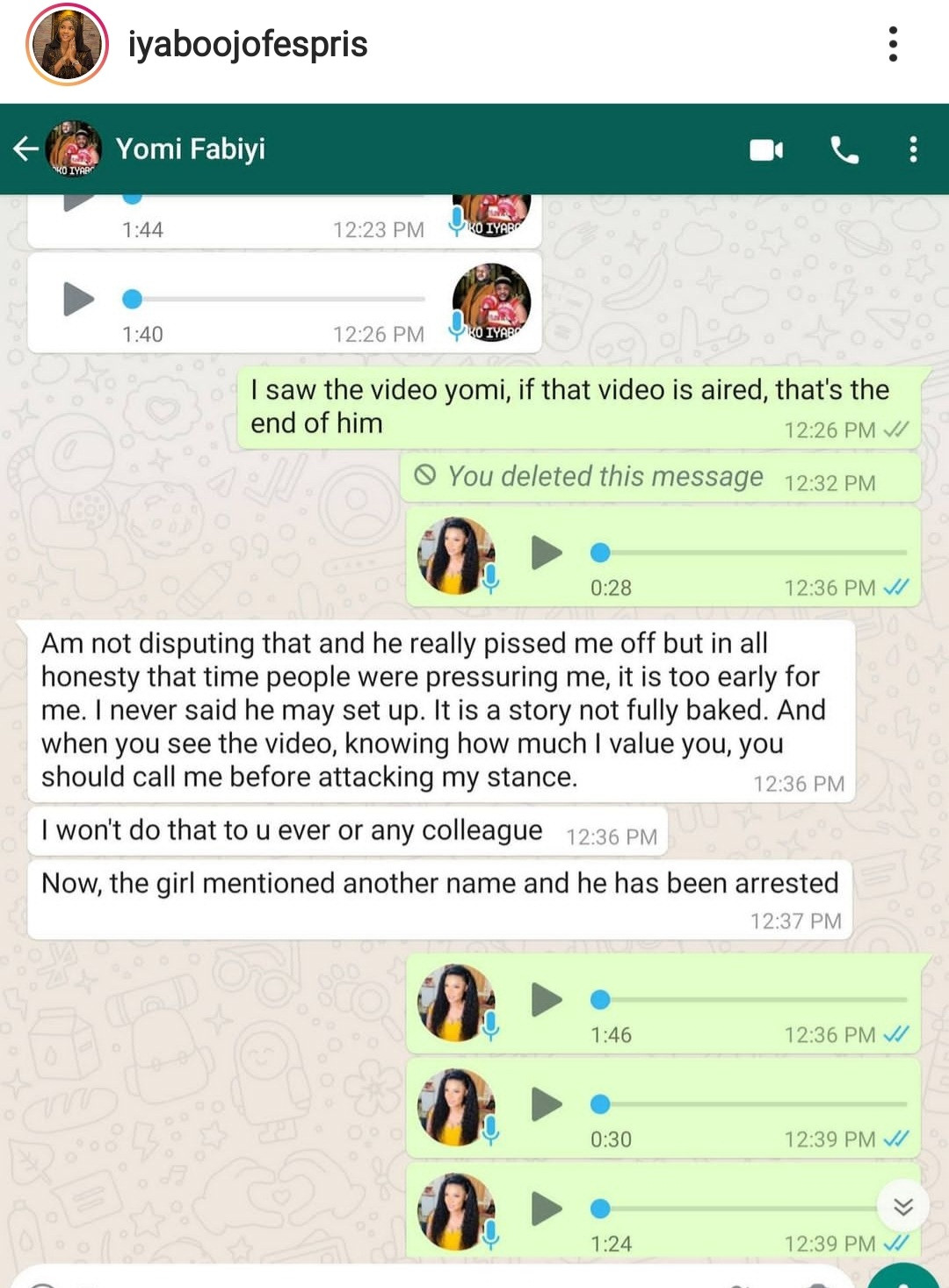 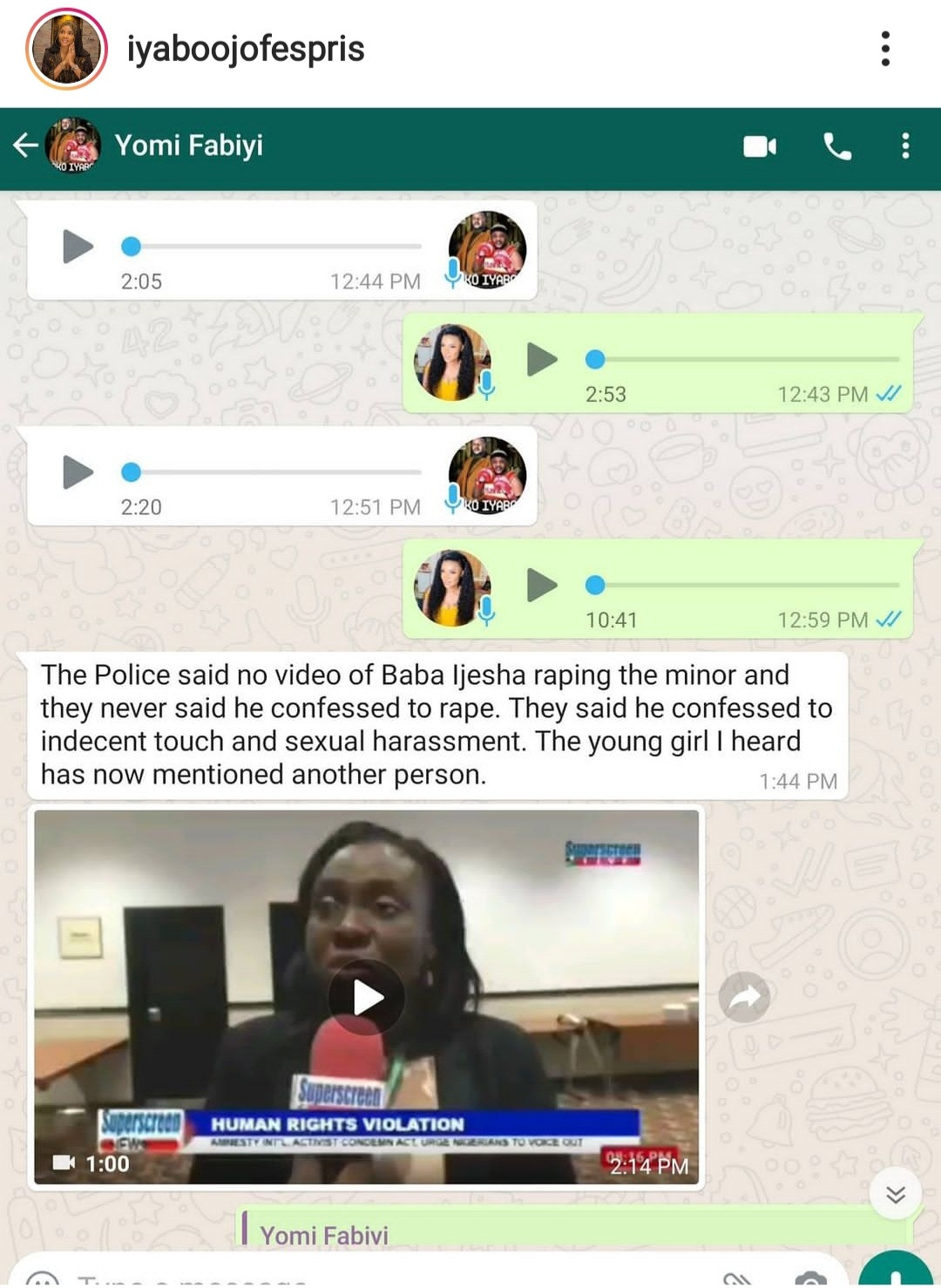 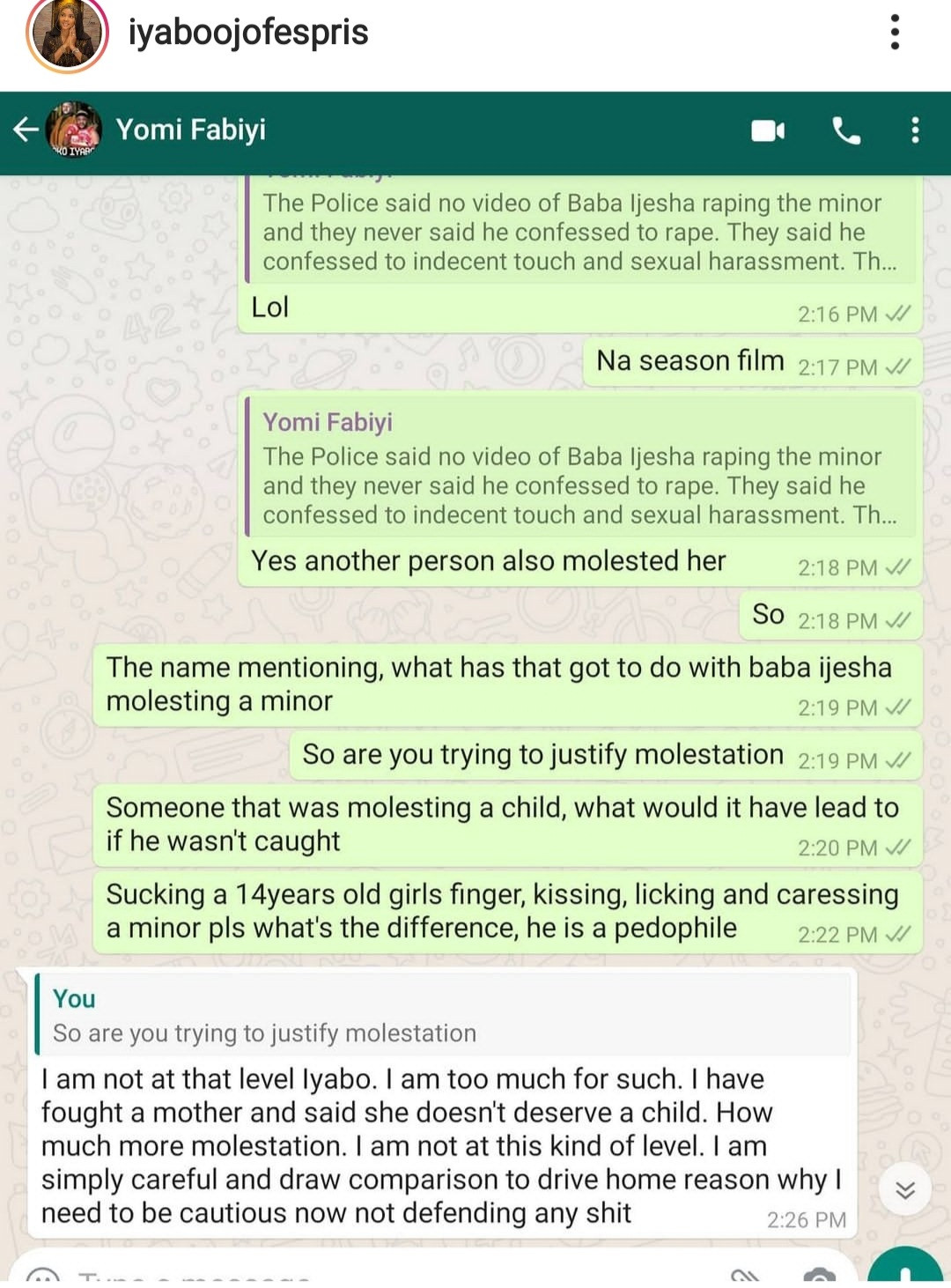 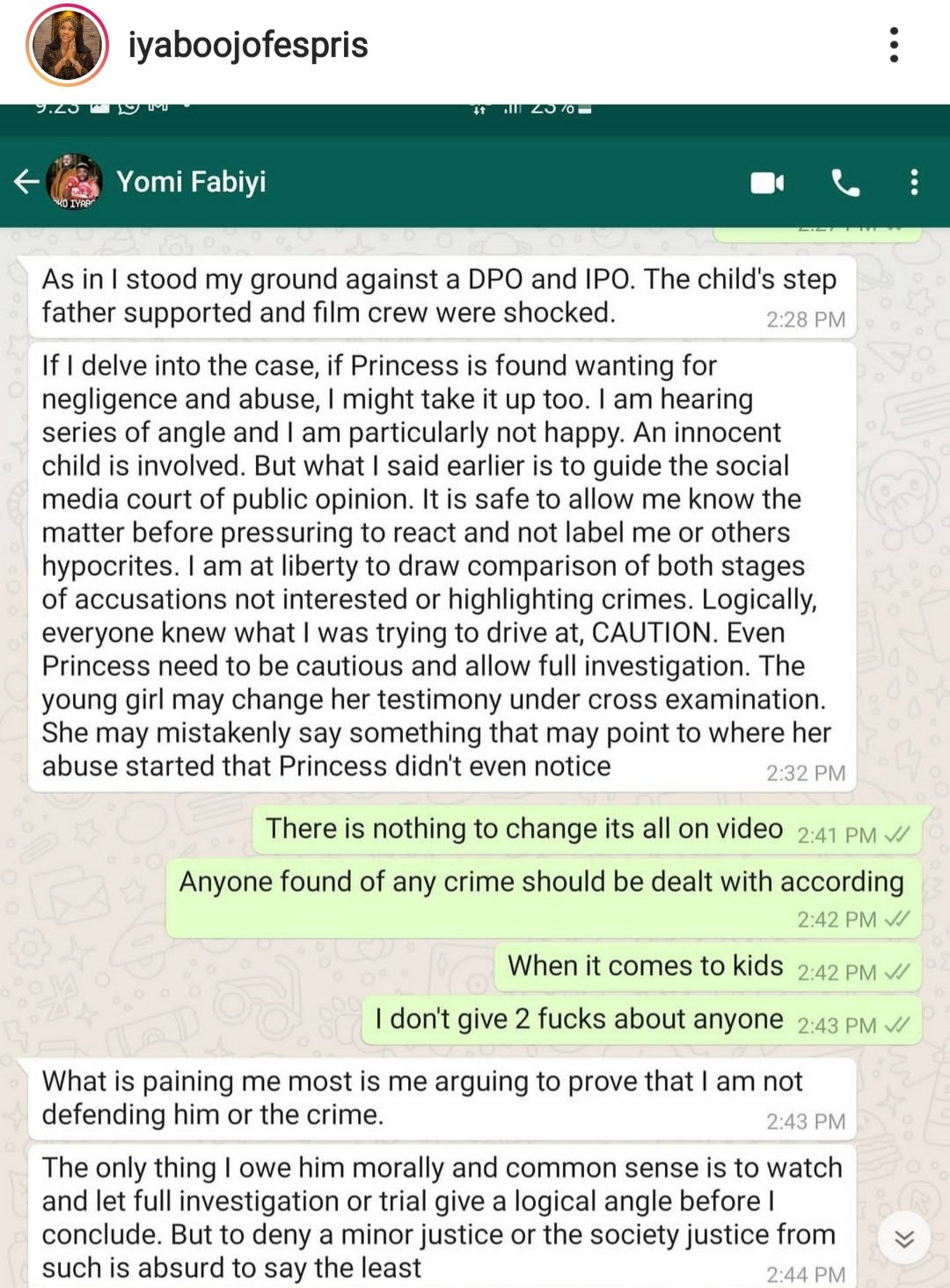 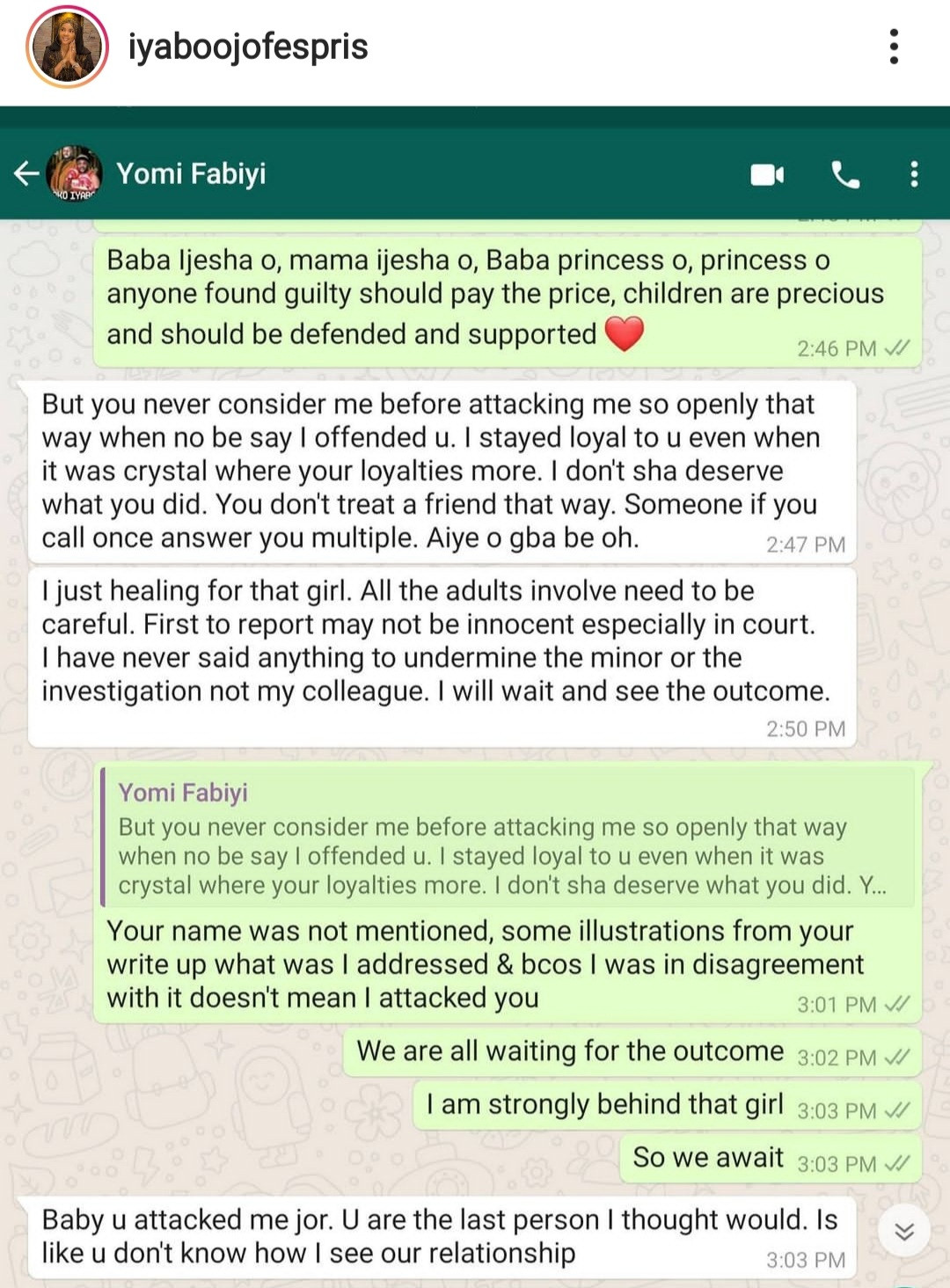 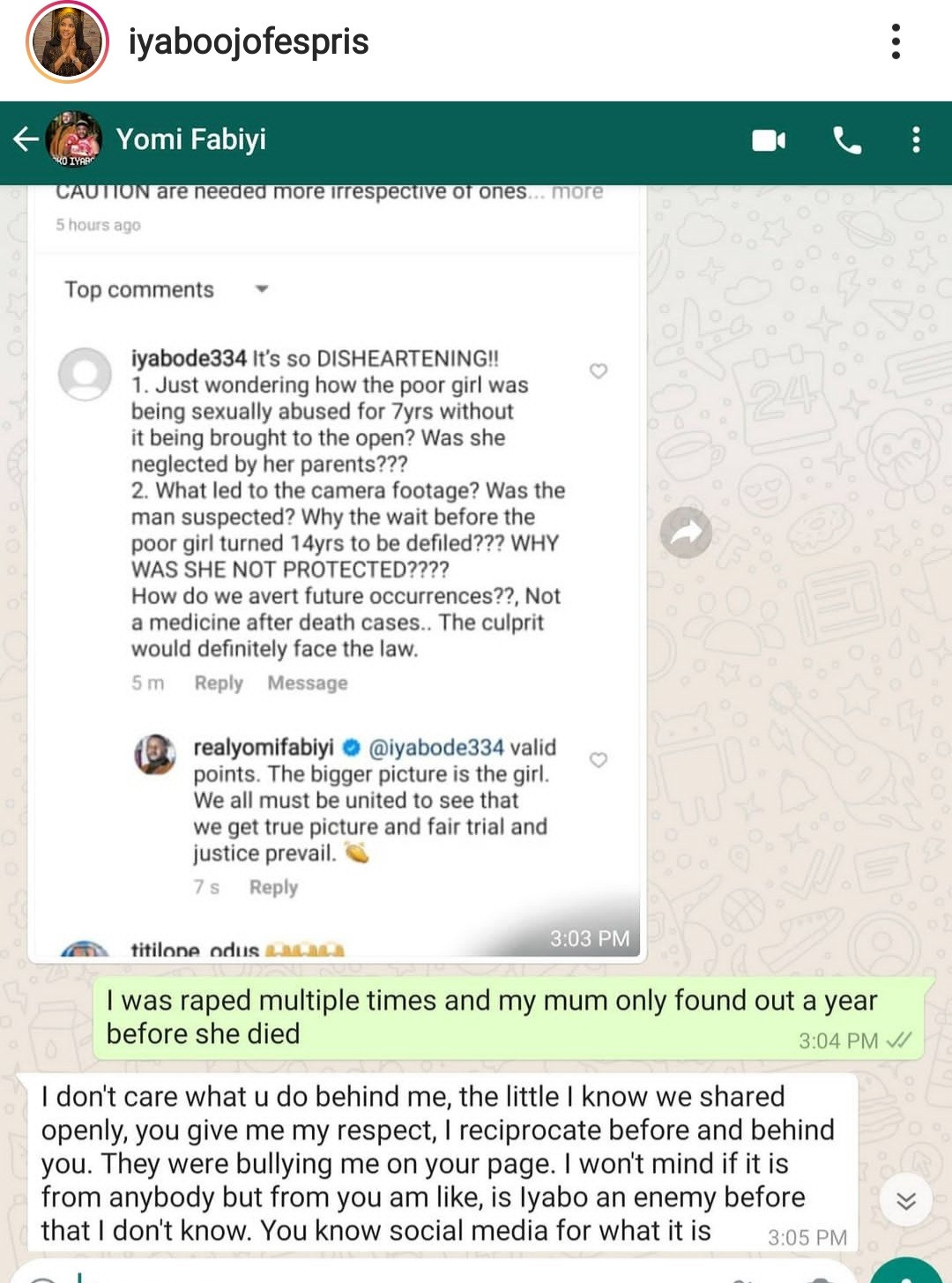 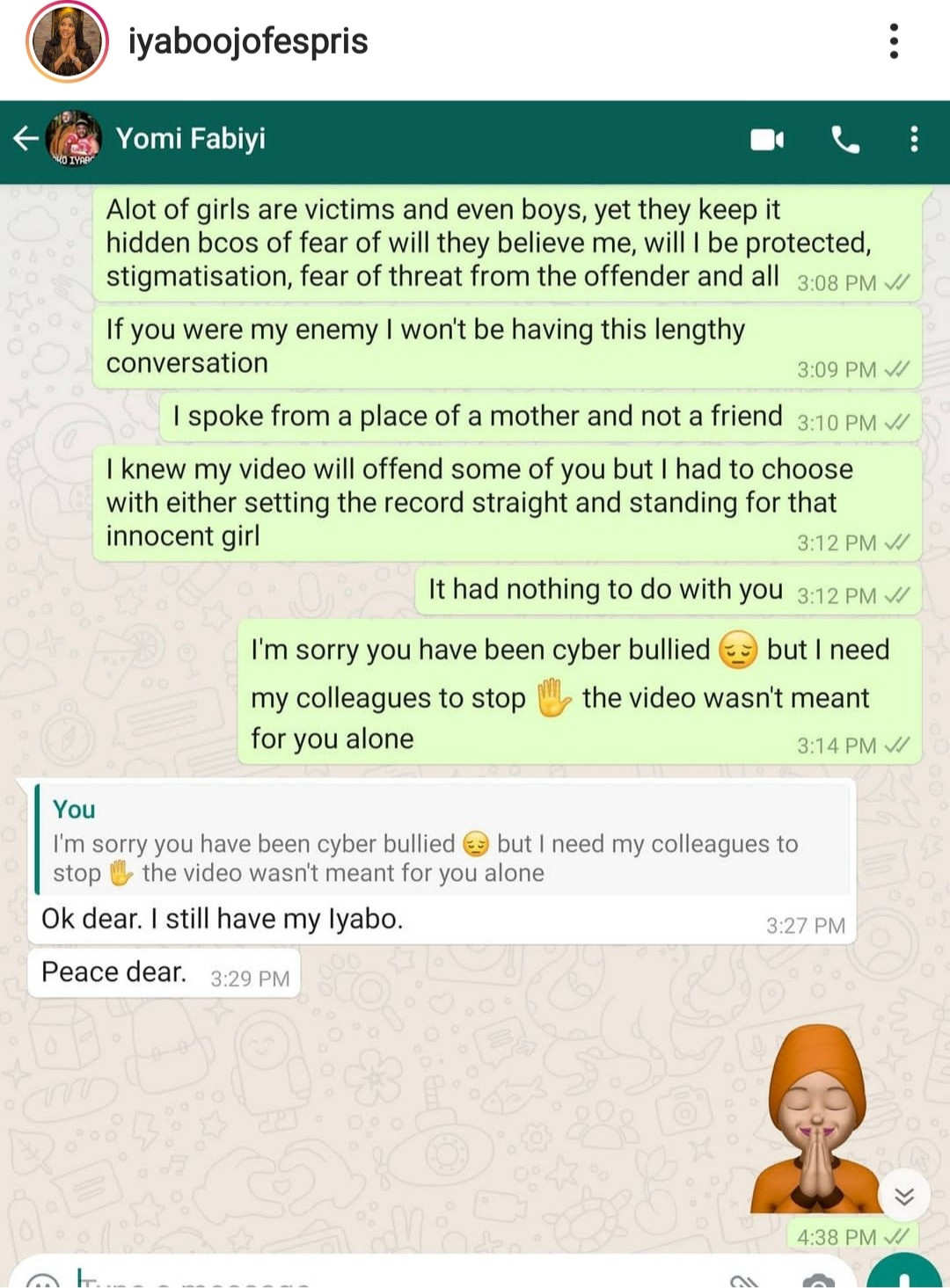 J.Cole speaks about his retirement from music