Tanda who reacted to report of Shekau blowing up himself to avoid being captured by fighters of the Islamic State in West Africa Province (ISWAP) — a breakaway faction of Boko Haram, had said that the leader of Boko Haram “lived a life of hero and died a true hero”.

“I admire and appreciate his courage to terminate his life. He lived a life of a hero and died a true hero. He did it in such a way that not even traces of his corpse will be found.”

Tanda has now been sacked by his principal who said his “actions, utterances and opinion of recent are at variance with his interest, constituency and the APC.”

“I wish to formally write and notify you of the termination of your appointment as my legislative aide, forthwith.

“Your actions, utterances and opinion of recent are at variance with my interest, that of my constituency and our great party, the APC.

“The letter also serve as a disclaimer to any action or position you took or wish to take, on any matter that may have the remotest connection with me as a person or my office.”

See the letter of termination below: 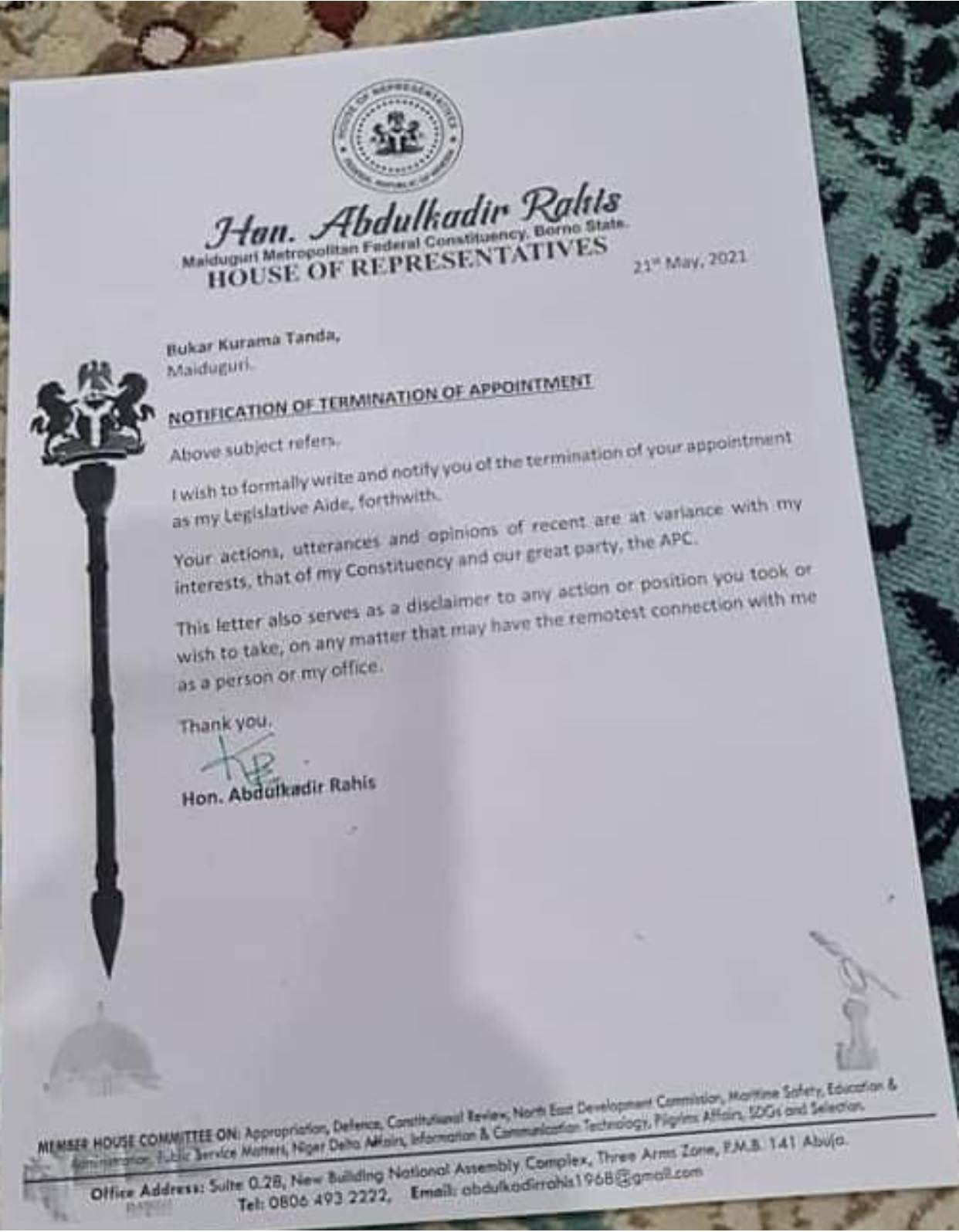