Instagram comedian, Pankeeroy explains why he was arrested by EFCC after regaining freedom

Pankeeroy explains why he was arrested

Instagram comedian, Pankeeroy has explained why he was arrested by the Economic and Financial Crimes Commission after regaining freedom.

It was widely reported that the comedian was arrested alongside 34 others in April 2021, by operatives of the Lagos Zonal Office of the Economic and Financial Crimes Commission, EFCC, for alleged involvement in computer-related fraud.

However in a statement released shortly after he regained freedom, Pankeeroy whose real name is Nwagbo Oliver Chidera claimed that he was arrested based on discreet information that he is a digital currency enthusiat. His lawyers however said he was released “as there was no form of nexus linking him to the purported commission of the investigated crime”.

Thanking his fans for their support, the comedian also stated that none of his properties were seized by the anti-graft agency. 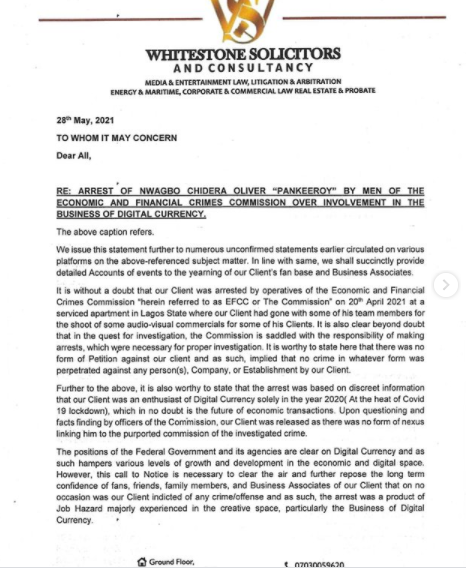 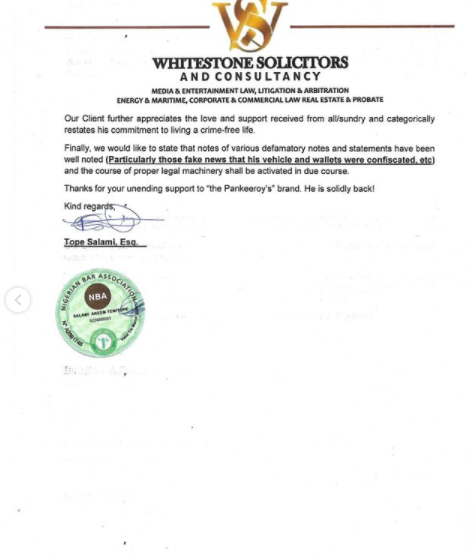