Facebook0Tweet0LinkedIn0Pin0
At Least Two Dead after Heavy Rains Trigger Landslide In Japan
At least two people have been killed and many others have been reported missing on Saturday, after heavy rains hit Japan’s central city of Atami in Shizuoka, triggering landslides, according to the public broadcaster NHK.

Two people were “found in a state of cardio and respiratory arrest”, Shizuoka governor said, an expression often used in Japan before confirming death.

“Because of the heavy rain, the ground loosened and the mudslide occurred… it picked up speed and swept away houses together with people,” Governor Heita Kawakatsu told reporters.

A video clip posted on social media showed the moment that raging water swept through Atami, destroying several homes along its path as several frightened onlookers ran for their lives.

In the video, a woman was also heard saying, “that’s scary” just seconds before the flash flood hit.

The report said that police and firefighters are searching for the missing, as officials from Shizuoka asked for help from the national government to help in the emergency situation.

Railway operation near the site of the disaster has been suspended as rescuers and other emergency staff scour the area for survivors.

According to NHK, record heavy rains have been reported in Shizuoka as well as Kanagawa Prefecture in the last 48 hours, prompting local authorities to raise their alert about possible flooding and “sediment-related disasters”.

At least one person was reported injured in Kanagawa after a landslide caused a vehicle to overturn.

According to the Japanese meteorological agency, rains are expected to continue in several areas of Japan in the next two days.

Around the same time last year, at least 50 people were reported killed after heavy floods and landslides devastated southwestern Japan. 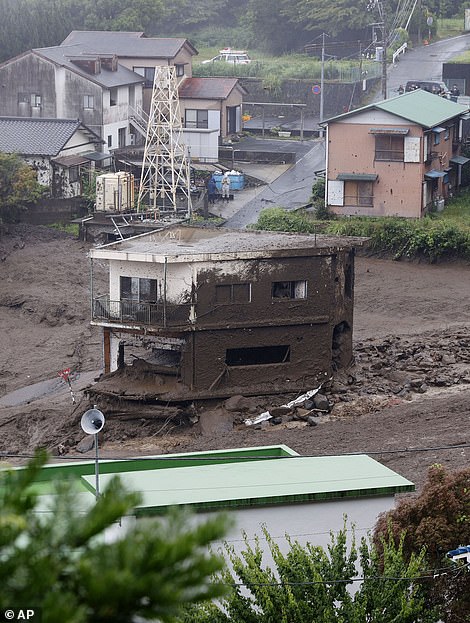 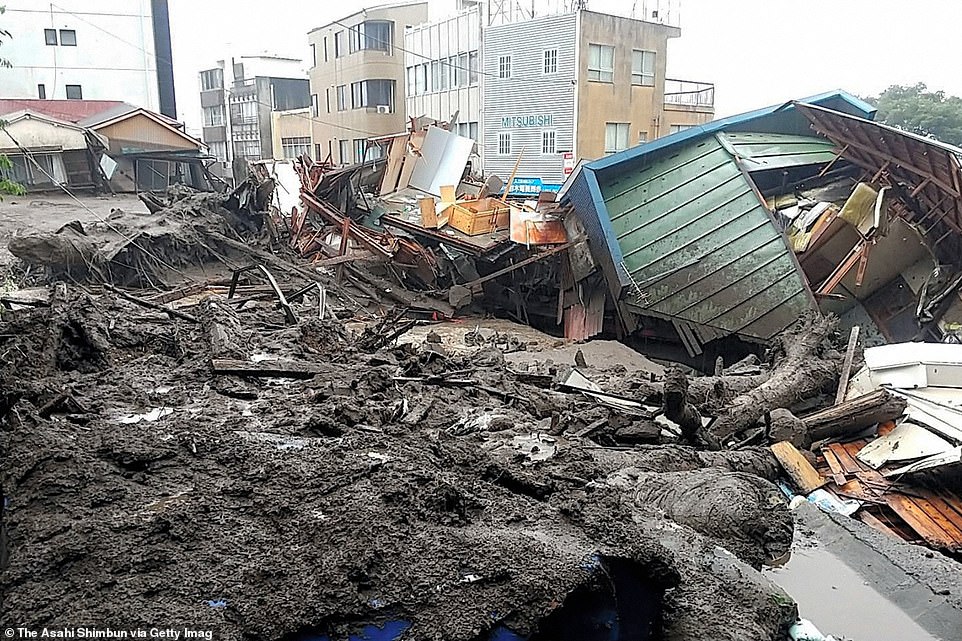