The Delta State Police Command has foiled a cult initiation ceremony and arrested 28 suspected cultists in Ukwuani Local Government Area of the state.

Acting spokesperson of the command, DSP Bright Edafe, who disclosed this in a statement on Tuesday, July 6, said eight robbery suspects were also arrested across the state.

“On the 3/7/2021 at about 0300hrs, State anti cult unit (SACU) detectives on a tip off of intelligence got an information that there will be a cult initiation at a bush in Ogume community forest in Ukwuani LGA of Delta State by members of the Aiye confraternity group a.k.a black axe,” he stated.

“The commander SACU detailed police operatives who stormed the bush around 0300 hours midnight, a total of twenty-eight (28) male suspects were arrested, though four suspects namely Obanor osasuyi ‘m’ 24, Oliseh Onimichi ‘m’ age 27yrs, moses samuel ‘m’ age 18yrs and Olusola Ese ‘m’ age 18yrs had already began the process of initiation, but the timely intervention of the police, the initiation process could not be completed, why the other suspects were not initiated. Items recovered two (2) locally made single barrel guns, eight vehicles, six (6) motorcycles and charms. Investigation is ongoing” 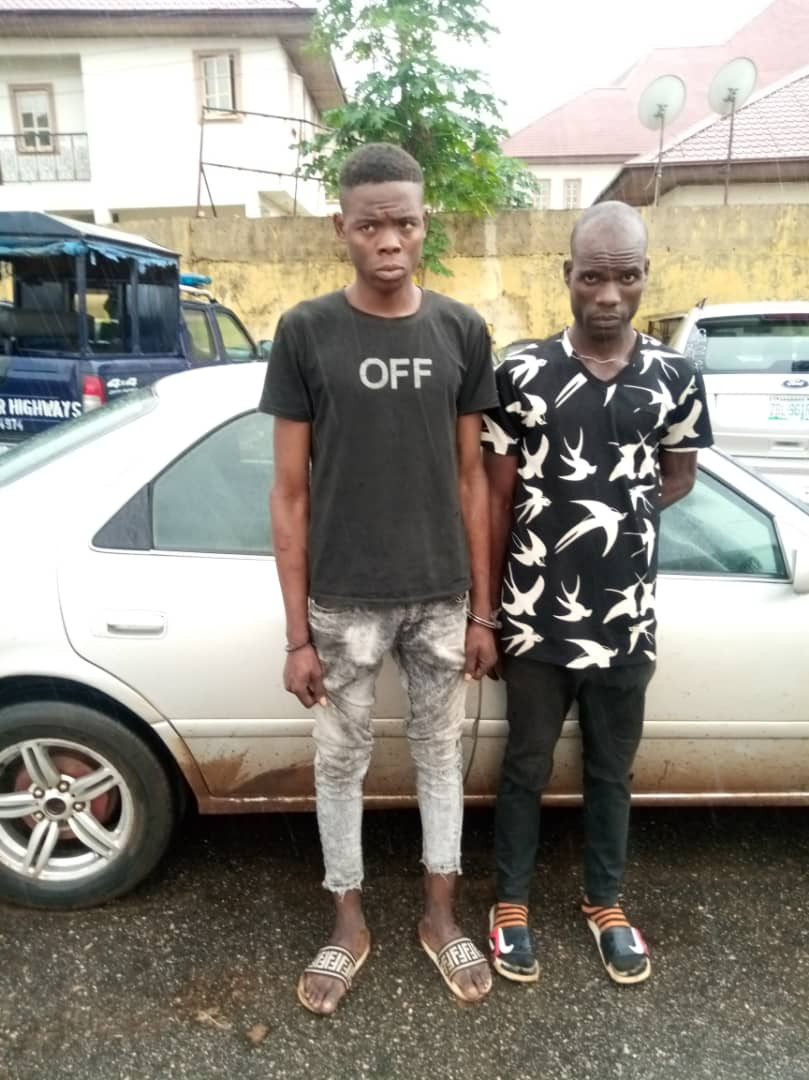 The PPRO added that on July 3, Safer Highway 018 stationed at Alifikede boundary between Edo and Delta States, while on stop and search intercepted a a Toyota Camry with Reg. No. RLU 04 MBB ash colour driven by Tochukwu Obinakana with Mohammed Maduabuchi,17.

“On interrogation, they could not give satisfactory account of themselves. They were arrested and taken to the station for further investigation where they later confessed that the said vehicle was snatched at gun point from a reverend father in Owerri and that they were. The vehicle was recovered and both suspect arrested. Investigation is ongoing.” he said.

“The Operative of RRS who had reasons to suspect them, subjected them to search, upon searching them, a fabricated barretta pistol with 9mm live ammunition was recovered from the first suspect, they all confessed to be members of Aiye and JVC confraternities. Investigation is ongoing.”